A team of astronomers has announced the discovery of the highest energy outflows ever observed in the universe, and they emanate from what else, but feasting supermassive black holes at the center of galaxies. These insanely energetic outflows, which expand in spherical patterns outward from the rapacious supermassive black holes—known as quasars—not only stand as the highest energy events ever witnessed, but may also help to solve long-standing mysteries surrounding star and galaxy formation.

Using Hubble, astronomers have discovered that the pressure from some supermassive black holes can push material away at a fraction of the speed of light. Depicted in this illustration, these outflows are the most energetic ever witnessed in the universe: https://t.co/kA525J8L6x pic.twitter.com/DcTA3jNH5P

The observations of the outflows were described by their discoverers in a series of six papers published in the March 2020 issue of The Astrophysical Journal Supplements. And while even the summaries for the papers are quite technical, the findings have been explained in understandable terms in a NASA post titled “Quasar Tsunamis Rip Across Galaxies.”

The NASA breakdown, which comes via Futurism, discusses how the team of astronomers, led by Virginia Tech’s Nahum Arav, managed to observe the outflows using spectrograph data collected by the Hubble Space Telescope’s Cosmic Origins Spectrograph (COS). A spectrograph is an instrument that detects incoming light, then separates the light based on wavelength and records the subsequent data. Hubble’s COS was used specifically because of its ability to detect and record a wide range of different wavelengths of light, including ultraviolet light, which can be difficult to record with ground-based observatories that face interference from Earth’s atmosphere.

An artist’s depiction of a quasar tsunami. NASA / J. Olmsted

After training Hubble’s COS on 13 quasar outflows, the astronomers sifted through the data and found that they had observed the highest energy events in the known universe. “No other phenomena carries more mechanical energy,” Arav told NASA, adding that “Over the lifetime of 10 million years, these outflows produce a million times more energy than a gamma-ray burst.” A gamma-ray burst is an enormously energetic explosion thought to be released during a supernova.

A quasar’s energetic outflow, or quasar tsunami (which sounds so much cooler, but doesn’t seem to be a technical term), is a result of intense radiation blasted outward from superheated gas that surrounds a supermassive black hole as it sucks in matter with its enormous gravitational pull. After it’s blasted outward, the intense radiation forms a cosmic wind that blows “hundreds of solar masses of material each year” into a host galaxy’s lanes of dust and gas. The high-energy outflow, which is blasted out of the quasar at a few percent the speed of light, slams into the galaxy’s lanes of gas and dust, causing temperatures in the region of contact to spike to billions of degrees and, apparently, put on one seriously epic light show.

“You’ll get lots of radiation first in X-rays and gamma rays, and afterwards it will percolate to visible and infrared light,” Arav told NASA. He added that there would be a subsequent light show that would look “Christmas trees all over the galaxy.”

On top of being the most energetic phenomena ever observed in history, these quasar outflows may also help astronomers to understand why star formation shuts off within a galaxy. The question of why there are so few large galaxies in the universe still remains a puzzle for scientists, as well as why there is a relationship between the size of a galaxy and the mass of the black hole at its center. These energetic events may explain both. 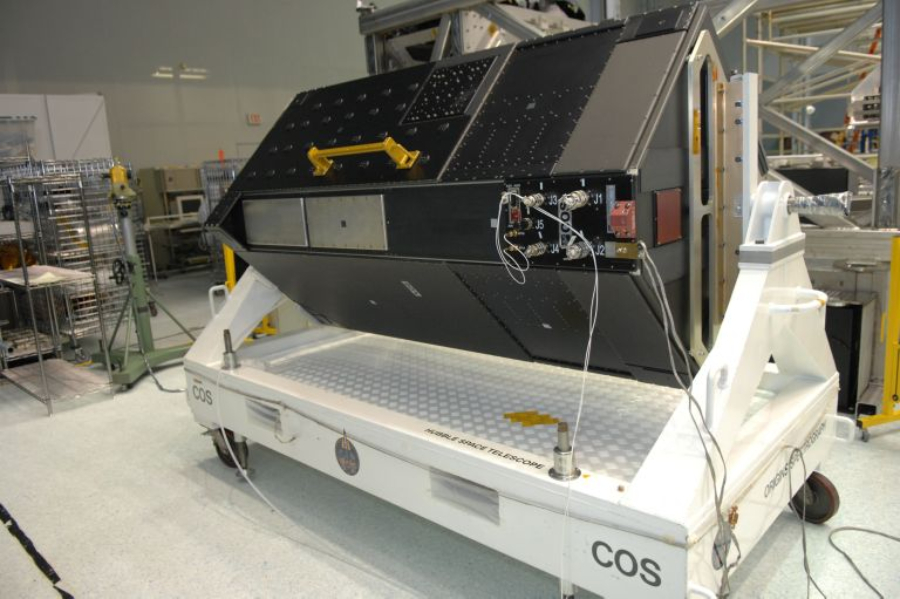 “[We] have known for decades that there is some physical process that shuts off star formation in massive galaxies, but the nature of that process has been a mystery,” cosmologist Jeremiah P. Ostriker, of Columbia University in New York and Princeton University, told NASA. However, when Ostriker, who was not involved with this research, put the data from the observed quasar outflows into his team’s simulations of galaxy evolution, they solved both of the puzzling mysteries.

What do you think about these quasar tsunamis? Do you want to ride one of these behemoth radiation waves like Turanga Morris from Futurama, or would you prefer to stay a few parsecs away from the highest energy blasts in the known universe? Let us know your thoughts in the comments!