Why This COMMUNITY Christmas Episode is Perfect for 2020 - Nerdist

Why This COMMUNITY Christmas Episode is Perfect for 2020

Community has never exactly been known for its sentimentality. But 10 years ago, the sitcom’s second season holiday episode, “Abed’s Uncontrollable Christmas,” bucked that trend. It leaned hard into the emotional, showcasing the decidedly less merry sides of the season. Some may skip a yearly rewatch due to that ever-present, “Wonka-style” darkness. But that darkness—and the characters’ ability to overcome it—is precisely what makes the episode more relevant now than ever before.

“ Abed’s Uncontrollable Christmas” finds Abed Nadir (Danny Pudi) suddenly and inexplicably viewing the world through a very Rankin/Bass-esque stop-motion animation lens. Right down to the intermittent song breaks. Under the guise of helping him, his friends try to see what he’s seeing. They are transported to a magical holiday planet—where the atmosphere is 7% cinnamon—in search of the true meaning of Christmas.

Only then does the grim truth of this whimsical episode come to light: every year, on December 9th, Abed’s mother visits and the two of them watch Rudolph the Red-Nosed Reindeer together. But this year, she’s staying with her new family, breaking from their long-established Christmas tradition. This sends Abed into a tailspin of denial. The cheery, not-technically-Claymation musical is a lot closer to a psychotic break than anyone had considered. 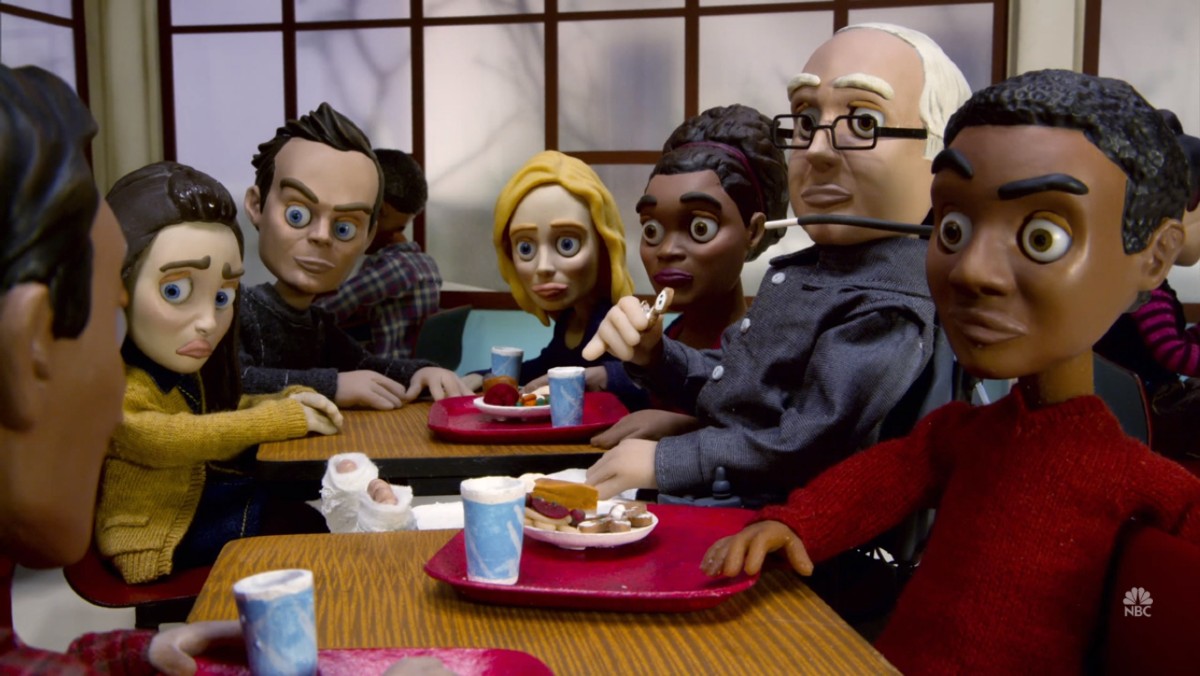 Roundly lauded for its technological achievements, the Community episode netted the show its only Emmy, for Individual Achievement in Animation. Critics were also drawn to the episode’s brutal honesty and ability to shine a light on the often unspoken difficulties associated with the Christmas season. Abed isn’t the only one with festive light-adorned emotional trauma. Annie (Alison Brie), Troy (Donald Glover), and John Oliver’s Professor Duncan all have serious baggage attached to the holiday.

Those “unspoken” difficulties, though, are making national headlines now. “Abed’s Uncontrollable Christmas” has a much broader appeal, and resonates more deeply, in a year like this. A year when families are changing or abandoning usual traditions. Thankfully, the episode is also a de facto how-to on working through that sorrow and disappointment.

Obviously, we won’t recommend a full-on hallucinatory fracture. But there’s something to be said for coming up with clever and fun new ways to celebrate. As dark as the origins of Abed’s winter wonderland might have been, the end of the episode finds the group continuing to pretend they’re stop-motion. Because, as Britta (Gillian Jacobs) explains, “it just feels so right.” 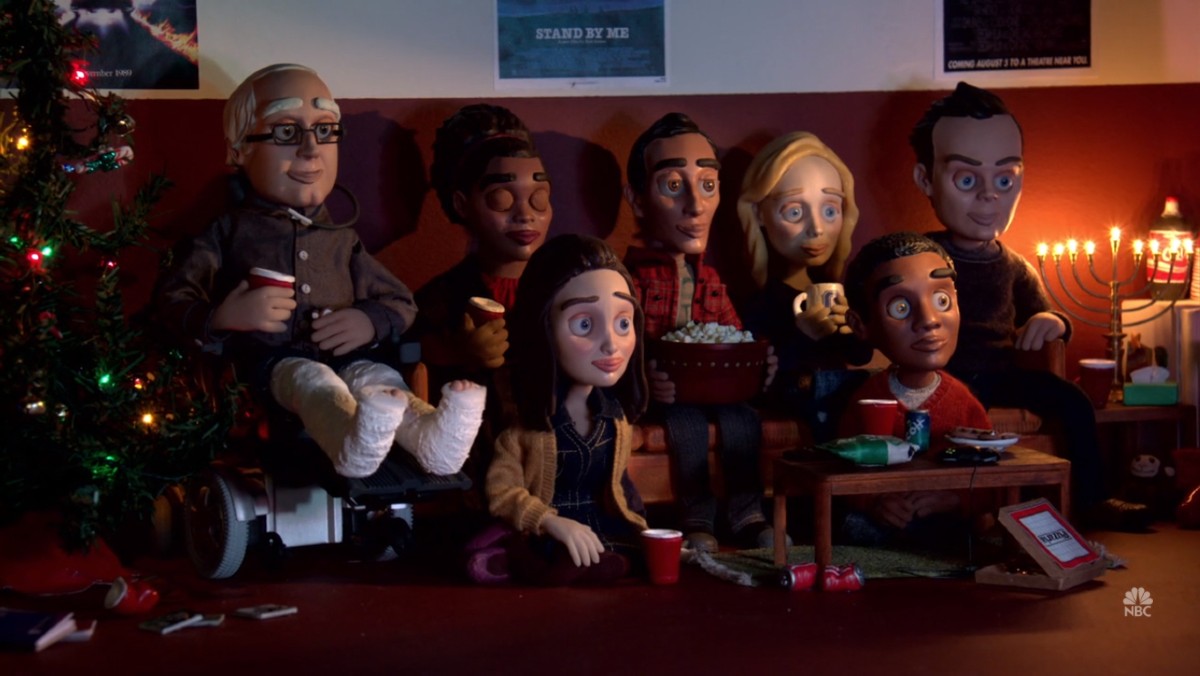 As a later episode of Community points out in detail, Abed and his friends were, essentially, sitting around their study room table telling a story to one another. From children crowding close as Grandpa reads The Night Before Christmas again to Neil Gaiman’s annually-circulated recitation of A Christmas Carol, telling Christmas stories is a tradition in its own right. There’s nothing prohibiting that from happening via Zoom or over the phone or in lengthy notes inside holiday cards.

And that, really, is the crux of “Abed’s Uncontrollable Christmas”—traditions are malleable and the holiday is resilient. “The meaning of Christmas,” Abed says at the end of the episode, “is the idea that Christmas has meaning. And it can mean whatever we want.”

While certain news networks—and Yvette Nicole Brown’s Shirley—might once again be lamenting a war on Christmas, the truth is that Christmas, at this point, is so much more than a religious holy day. It’s more than that annual rewatch of Rudolph, too, more than the typical “presents in the morning, turkey in the evening” family gathering. It’s an idea, a feeling, and it’s open to everyone. 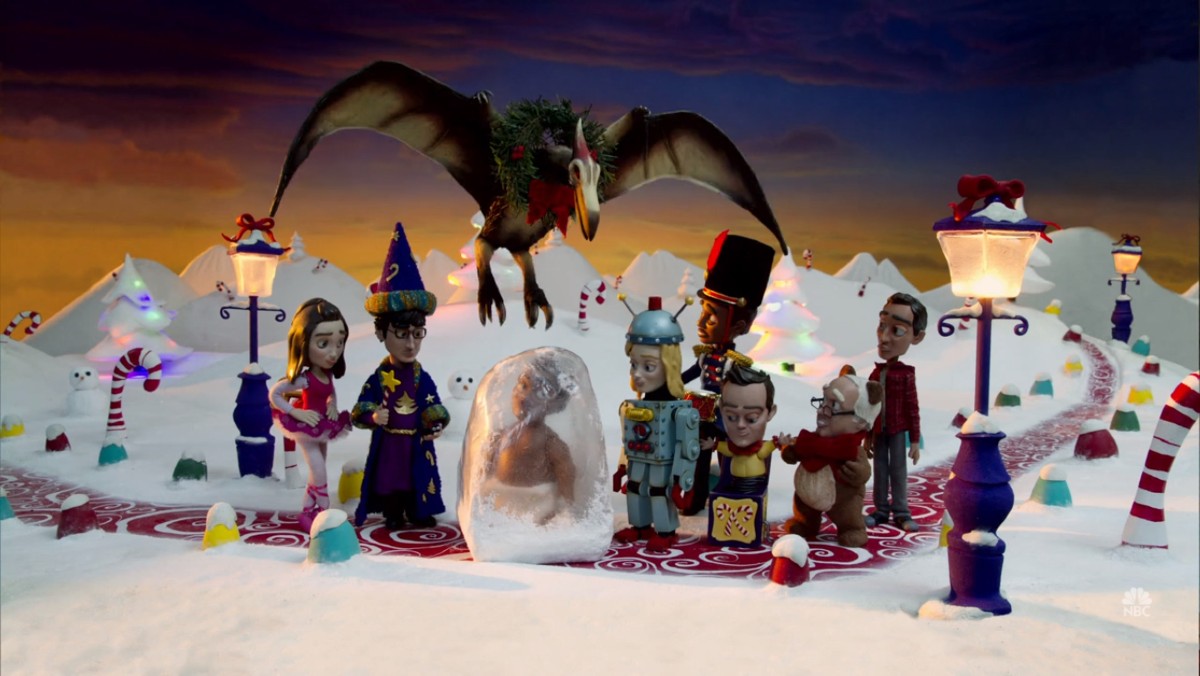 The world needs the secular essence of Christmas right now. Or, as Community‘s Annie explains, “the crazy notion that the longest, coldest, darkest nights can be the warmest and brightest.” Being Jewish, Muslim, a Jehovah’s Witness or an atheist doesn’t have to preclude finding your own special way to celebrate with your friends and family. Separation from loved ones doesn’t have to ruin the good things about the season.

Christmas is more than just the day, more than just the old traditions. There’s no reason we can’t still celebrate this year, somehow. Be it video calls with friends, playing Fortnite with a brother on another coast, or even just trimming the Christmas pterodactyl.

This holiday season is going to be very different for a lot of us. We may not be able to be with one another this year, but we can still be there for one another. We can create new traditions, find new ways to find a light in all the darkness. Because, as the song goes, that’s what Christmas is for.