John Oliver’s running bit about Adam Driver finally came to a head on the season finale of Last Week Tonight. The HBO late-night talk show host has spent the last year thirsting wildly over the Star Wars actor. And honestly, who can blame him? In the COVID-19 era, it’s the simple things that are getting us through. Like John Oliver asking Adam Driver to “jam your mandible claw down my throat, you irredeemable steer.”

The bit has gotten increasingly weirder as time has progressed. And finally, the inevitable happened. Adam Driver himself popped up on the season finale of Last Week Tonight to confront Oliver about his strange sexual obsession with the actor. The results? Chef’s kiss.

Driver appears in the segment via FaceTime. As is typical for the actor, he’s a little bit angry. How did this bit get so wildly out of control, he wonders. “I don’t know you,” Driver says to Oliver, “and now random people on the internet ‘stan’ us, claiming that you thirsting over me is a ‘mood.’ I’m sick of people stopping me on the street and asking me if I’m gonna punch a hole in you like a Marriage Story wall.” 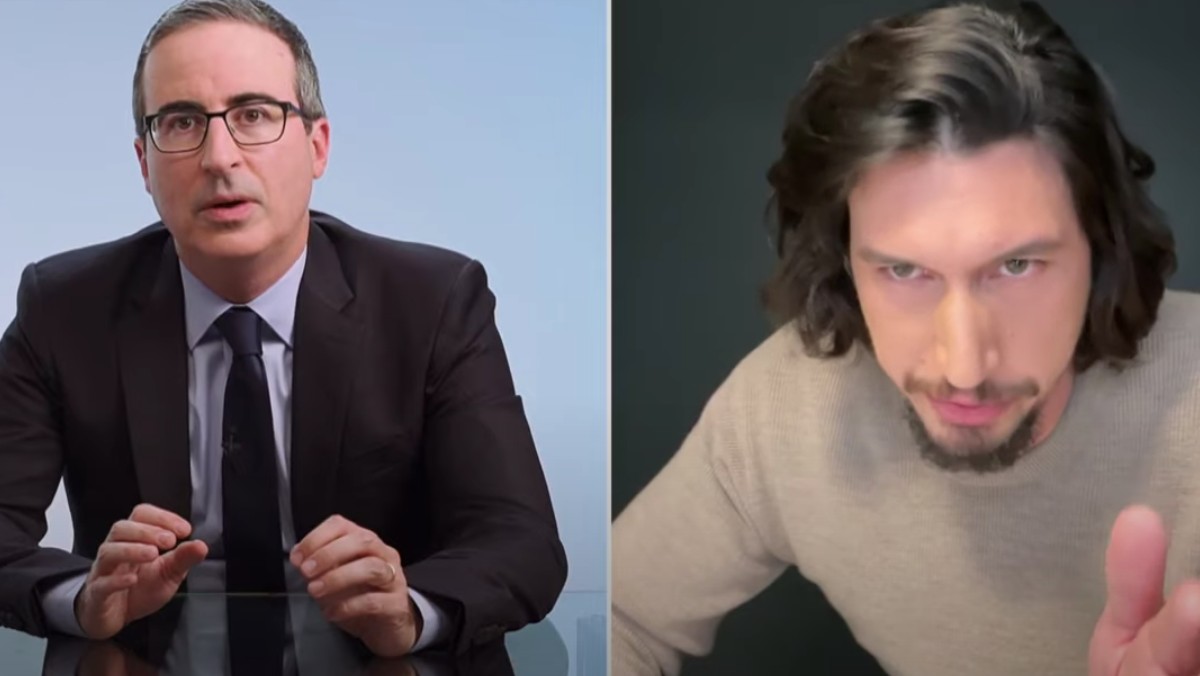 Now isn’t that an image we’d all like to see? The segment progresses to Driver demanding an apology. And in the process, he gives Oliver the greatest gift of all: a demand that’s just as violent and strange as the ones he’s been on the receiving end of. “Explore the f**king space, you hollow-boned Mr. Bean cosplayer,” Driver said, in his meanest, most wild-eyed voice. “Look around, you under-baked gingerbread boy.”

Looks like Christmas came a bit early in the John Oliver house! And in ours, too. We honestly just hope this doesn’t spell the end for Oliver’s bit, although all good things must wrap up eventually.