COMMUNITY Cast Virtually Reunites to Get Out the Vote - Nerdist

COMMUNITY Cast Virtually Reunites to Get Out the Vote

It’s not the movie many have been hoping to see, but the stars of Community have treated us to ( another) reunion. The cast participated in a virtual “ get out the vote” campaign. Well, kind of.

Alison Brie, Danny Pudi, Yvette Nicole Brown, Ken Jeong, Joel McHale, Gillian Jacobs, and Jim Rash all got together (safely online) to record a fun, silly commercial for their “Human Beings for Biden” campaign. But even they weren’t sure if this was technically a reunion or a clever political commercial. And no one was positive if they were playing themselves or their Community characters. (Which is truly the most absurd, Community way to do this.) But there’s no doubt this video is really funny. And there’s little question what they want everyone to do by November 3.

The actors had to “skirt” the studio’s permission to record it. That’s why, as Pudi—or maybe it was Abed—pointed out, no one used any names, real or fictional. Great meta jokes aside, each person participated in the style of their character from the show. The motivation for recording it came from their own personal opinions; that approach let them flip their message on its head and have a whole lot of fun. All of the characters had their own perfectly inverted, logical, “unselfish” reason not to cast a ballot. Their individual rationales fit perfectly with their characters from the series, as each believed they were doing something good for America by abstaining from the electoral process. 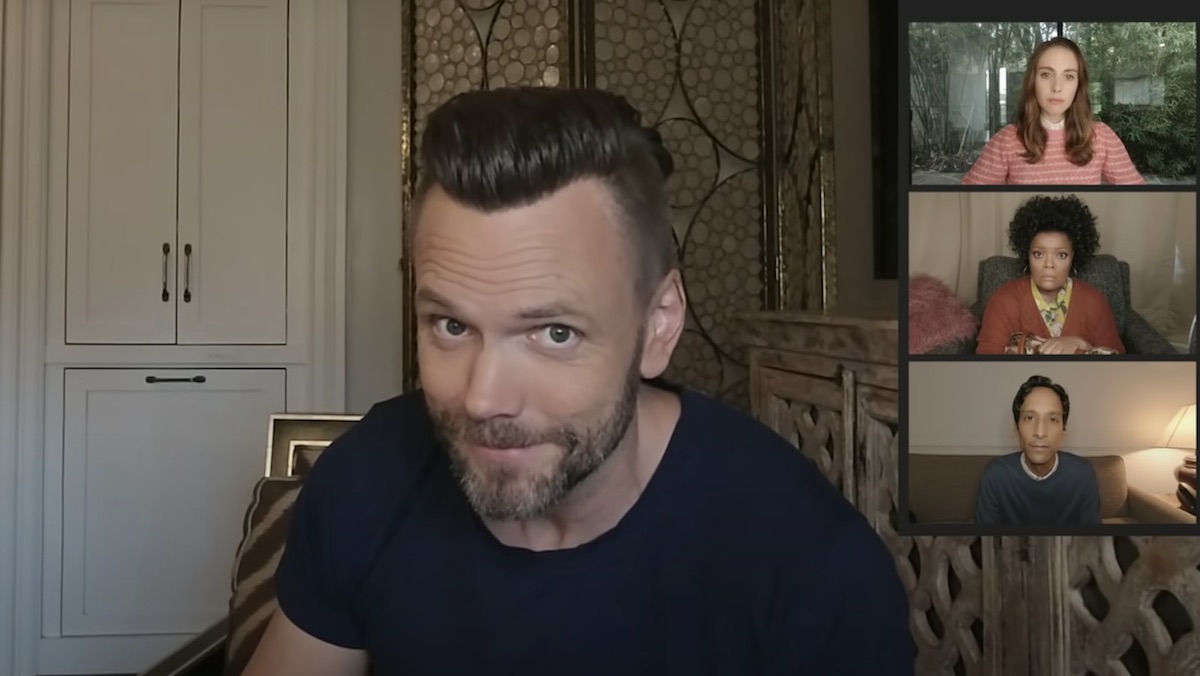 But then Jeff/Joel explained why they should all do the “selfish” thing and vote. He appealed to each, on their own ridiculous terms, and they all agreed they should vote. So sure, this wasn’t entirely a reunion or a political commercial. But it was a clever way to remind Community fans to cast a ballot this year.

Now they just have to work on six seasons, a Zoom call, and a movie.