COLOR OUT OF SPACE Clip Shows a Freaky Alien Cat

You never really know what you’ll see whilst driving on a dark, country road. The eyes can play tricks on you, and you run the risk of some wild animal surprising you. But you more or less know what kind of creatures you might see. Probably a pet, possibly a deer or elk or something. Maybe even a coyote! They’re everywhere. Or of course, if you drive anywhere near the Blasted Heath, you might see things you’d rather not. Things perverted, not of this Earth. Yes, naturally, I’m talking about Richard Stanley’s Lovecraft adaptation, Color Out of Space.

Color Out of Space is a faithful but updated take on H.P. Lovecraft’s 1928 short story. It depicts the Gardner family, led by Nicolas Cage’s Nathan and Joely Richardson’s Theresa. They have moved to the beautiful countryside outside Arkham, MA, to start an alpaca farm with their three children. Though business isn’t always good—Theresa relies on spotty internet and phone connection for her corporate job—the family is close. But things turn upside down when a meteorite strikes the Gardner’s farmland. At first the vegetation seems improved and the livestock healthy thanks to this crashed rock, but soon an odd color permeates everything and causes the family to breakdown. Sometimes literally.

The above clip depicts one of the first victims of the titular Color. It warps a poor cat into a snarling, hideous beast. It sure interrupts a nice evening of driving and singing opera loudly. The cat is definitely not the worst of it. Spoilers, I guess. 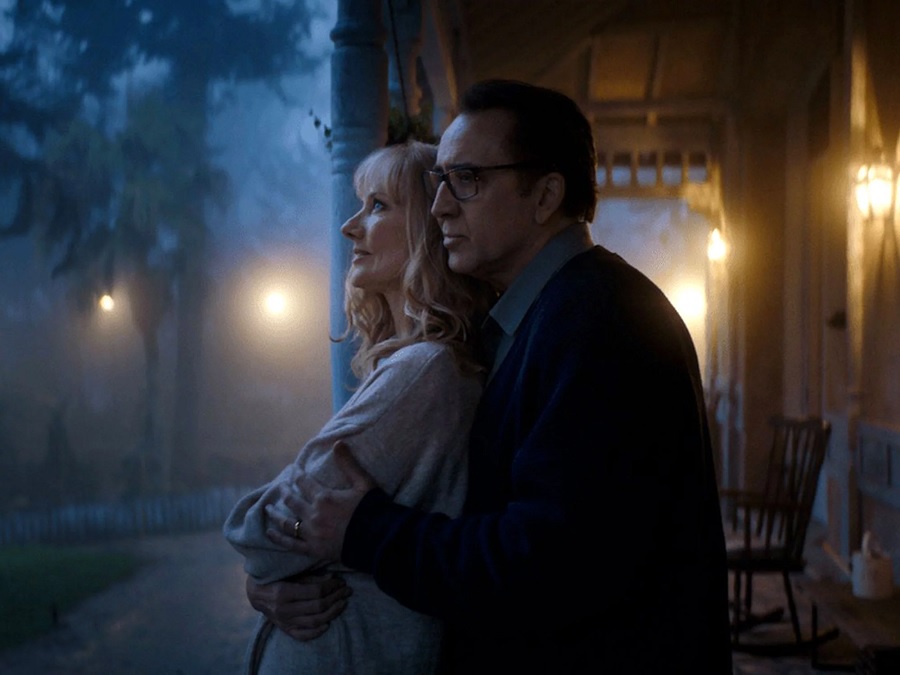 Color Out of Space is a must for fans of Lovecraft, and of crazy Nic Cage performances. Stanley and his co-writer Scarlett Amaris do an admirable job of bringing Lovecraft to life faithfully while injecting new elements and humor. The story, as with many of Lovecraft’s, is unerringly somber, but Stanley recognizes the need for levity to lull the audience into safety before the true horrors kick off. They place the events firmly within Lovecraft Country; the farm is outside of Arkham, MA and the a character wears a Miskatonic University t-shirt. Throwaway mentions of other Lovecraft locations such as Kingsport and Innsmouth also crop up to the delight of horror readers everywhere.

This movie is the first in a trilogy of Lovecraft movies from Richard Stanley. Recently, the filmmaker spoke to Nerdist about the second of these, an adaptation of The Dunwich Horror. Like Color, it will deal with humanity’s fight against unfeeling cosmic forces. “Lovecraft himself says that he strives in every story to create an atmosphere of cosmicism; of humanity’s frightful position in the universe,” Stanley explained. “I think the essential Lovecraftian moment for me is going alone into that horror. Going into the void and having nothing to reassure you or to protect you from it.”

Color Out of Space hits cinemas on Friday, January 24. It’s a dazzling and upsetting movie with one of the most Nicolas Cagey Nicolas Cage performances we’ve seen in awhile. It’s worth it just for that. And the devil cat, of course.