It seems all the horror icons of our youth are making a big comeback. Michael Myers in Halloween Kills, Candyman, and soon, Chucky. The evil “Good Guy” doll has been terrorizing horror fans since Child’s Play in 1988. And making us laugh. Now, SYFY and USA are bringing the tiny terror back in a new TV series. And there are a lot of familiar faces, including Jennifer Tilly as Tiffany, Chucky’s true love. And of course, Brad Dourif as the voice of the titular demonic doll. You can check out the new Chucky trailer right here:

You can also read the series’ official description below:

“In the new television series, an idyllic American town is thrown into chaos after a vintage ‘Good Guy’ doll turns up at a suburban yard sale. Soon, everyone must grapple with a series of horrifying murders. Ones that begin to expose the town’s deep hypocrisies and hidden secrets. Meanwhile, friends and foes from Chucky’s past creep back into his world. They threaten to expose the truth behind his mysterious origins as a seemingly ordinary child who somehow became this notorious monster.” 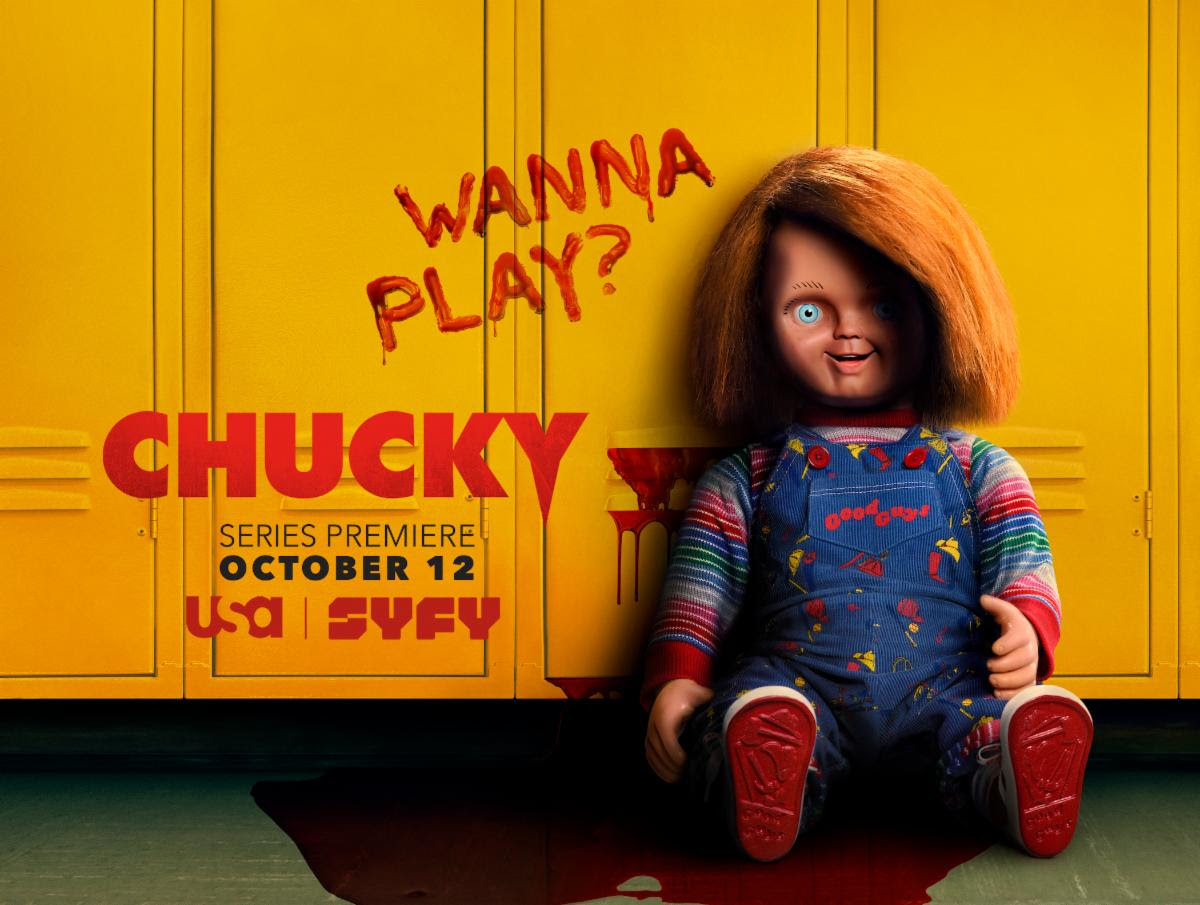 Not only is Chucky’s original creator Don Mancini the series showrunner, but he’s also directing the first episode. Original Twin Peaks writer Harley Peyton is also on board as executive producer. And Devon Sawa, who has quite the horror pedigree thanks to cult classics like Idle Hands, Final Destination, and Casper, is also recurring. In October, Chucky will also feature in the upcoming Shudder series Behind the Monsters, along with his cinematic slasher buddies. A Child’s Play remake hit theaters just a couple of years back, with Mark Hamill voicing Chucky. But as great as Mark may be, nothing beats the original.