Texas Puts Out AMBER Alert for Chucky the Killer Doll

The AMBER Alert System, which broadcasts emergency information to the public about missing and abducted children, is used everywhere in the United States. That includes all 50 states, Washington DC, and most US territories. Twenty-seven other countries also employ it. But the system was first used by broadcasters and police in the Dallas-Fort Worth area in 1996. And that fact makes a recent mistake all the more embarrassing. Texas accidentally put out an AMBER Alert for Child’s Play‘s Chucky and his murder-loving son Glen.

CBS Dallas/Fort Worth reported on a “killer” story that is also hilarious. Making it a perfect—though inadvertent—tribute to the Child’s Play franchise. Officials in Texas sent out an AMBER Alert for the iconic killer doll on January 29 (which we first heard about at Gizmodo). And they did it three different times over the course of the day. 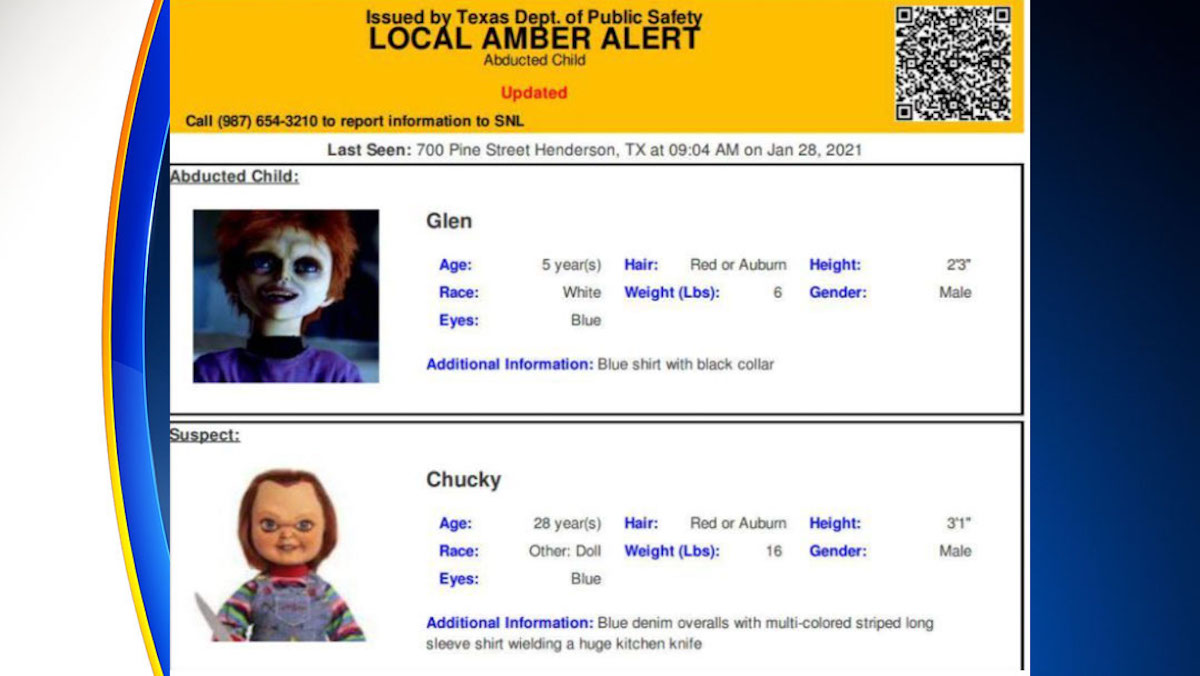 The very real alert that went out to the public included pictures. Chucky, “last seen” at a real address in Henderson, Texas, was listed as a 28-year-old man with red or auburn hair, blue eyes, standing 3’1″ tall, and weighing 16 pounds. “Wearing blue denim overalls with a multi-colored striped long sleeve shirt,” the AMBER Alert warned citizens Chucky was also “wielding a kitchen knife.”

That’s a real accurate description! Save for the omission of the fact that Chucky is a sentient doll. That feels kind of important. 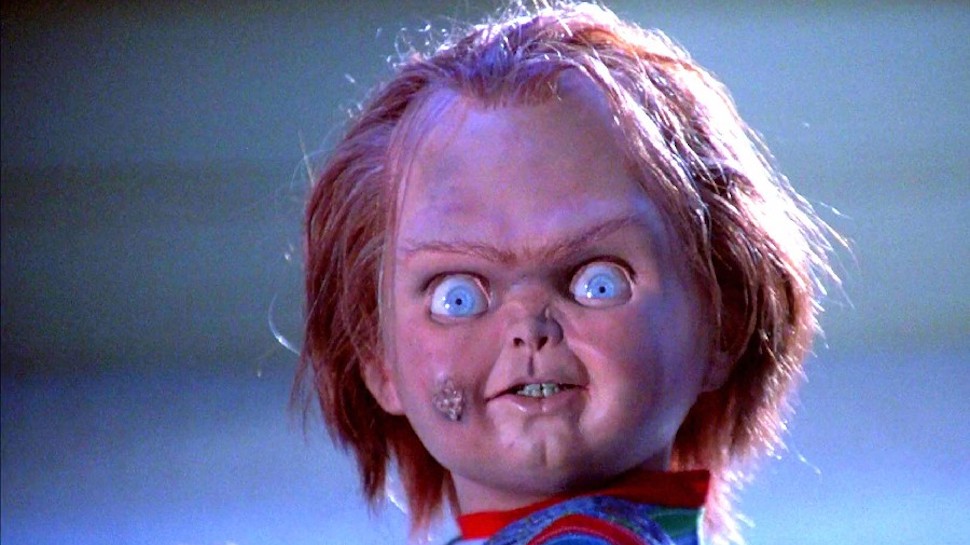 The alert also included a description for Chucky’s “abducted” son Glen. Fans of the franchise know Glen from such classics as Bride of Chucky and Seed of Chucky. Citizens learned the (not actually) kidnapped child was five years old, weighing six pounds, with red or auburn hair, blue eyes, and standing just 2’3″ tall. He was last seen “wearing a blue shirt with black collar.”

We also might have mentioned he is basically a killer talking Ken doll. You know, for identification purposes. But we supposes there’s no need to embarrass the young man any further. He’s got enough issues, you know?

Obviously—we’re pretty sure—Chucky and Glen are not real. So how did both get included on an official alert? The Texas Department of Public Safety responded to media questions by saying, “This alert is a result of a test malfunction. We apologize for the confusion this may have caused and are diligently working to ensure this does not happen again.”

Sounds like someone made a dummy alert as part of a test or training exercise, and then it accidentally went out to everyone. All of which clearly proves one thing: using a system that serves a good and noble purpose is no child’s play.