Long before they were Rescue Rangers, tiny Disney chipmunks Chip and Dale (known collectively as Chip ‘n’ Dale, because a Chippendale is a style of mahogany furniture) were just squeaky tree-dwellers attempting to gather acorns. Almost always, the pair—who starred in 24 animated shorts between 1943 and 1956—were a nuisance to characters like Pluto and Donald Duck. That variety of mayhem-causing rodentia is back for a brand new Disney+ series, about the pair’s life in a park. The title is, fittingly, Chip ‘n’ Dale: Park Life. We have a first look at the opening titles sequence and it’s certainly on the zany side.

Though it’s only 30-ish-seconds long, the opening gives us a lot to chew on. More than an acorn, anyway. We obviously focus on Chip and Dale chasing after a coveted acorn (classic). But during the ensuing romp, we see snippets of other Disney characters. The angry bulldog Butch launches them into the stratosphere via flipped dog bone. We can see a police officer chasing a Beagle Boy, while a ruffle-shirted magician performs a show for kids. We even see another chipmunk character fixing some kind of toy car, presumably some other regular member of the cast. Even, for a moment, we see the duo cling on to a duck’s legs. If Donald Duck doesn’t show up in this show, I’ll be very surprised.

And of course we have Pluto. You couldn’t much have a traditional-themed Chip ‘n’ Dale series without Pluto. However, this Pluto looks a lot friendlier, or at least not as antagonistic. Could just be the giant, sort of vapid eyes. As we can see from the promo poster, Pluto appears to be a major part of the show. 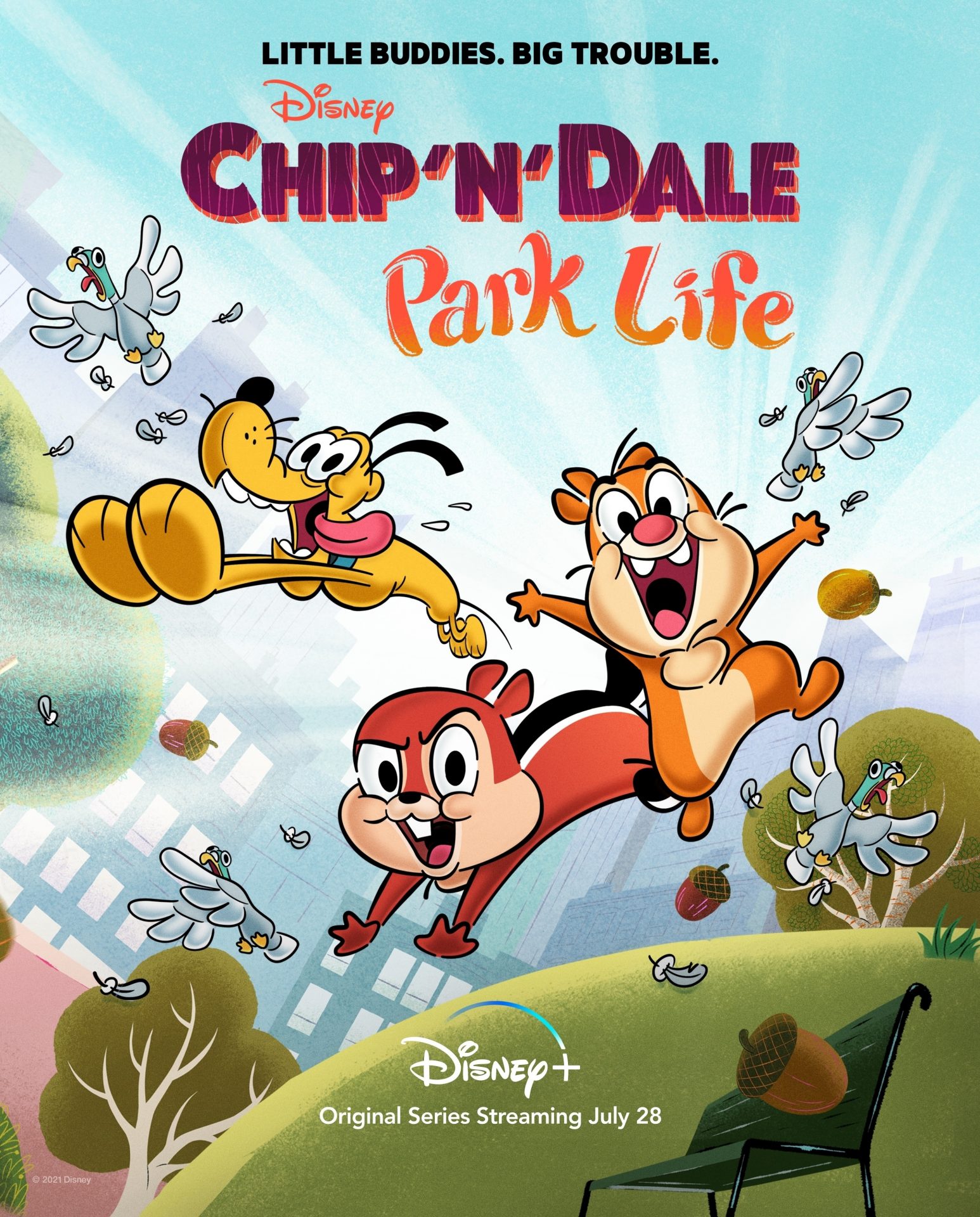 The official synopsis for the series, which will premiere on July 28, is as follows:

Comprised of three seven-minute stories, each episode follows two tiny troublemakers, Chip and Dale, trying to live the good life in a big city park while having giant-sized, sky-high adventures. Nervous worrier Chip and laid-back dreamer Dale make the perfect odd couple: they’re best buddies and they drive each other nuts. In their perpetual pursuit of acorns, these ultimate underdogs are joined by Pluto, Butch and other iconic Disney characters as they face down bullies great and small.