On July 23 of 2020, China’s National Space Administration ( CNSA) launched its Tianwen-1 robotic probe into space, on a journey to Mars. Now, since February of this year, the spacecraft has been parked in orbit around the Red Planet. Although it’s not just chillin’, even though it is currently in near-absolute-zero degree temperatures. It’s also taking incredible, high-definition images of the Martian surface. 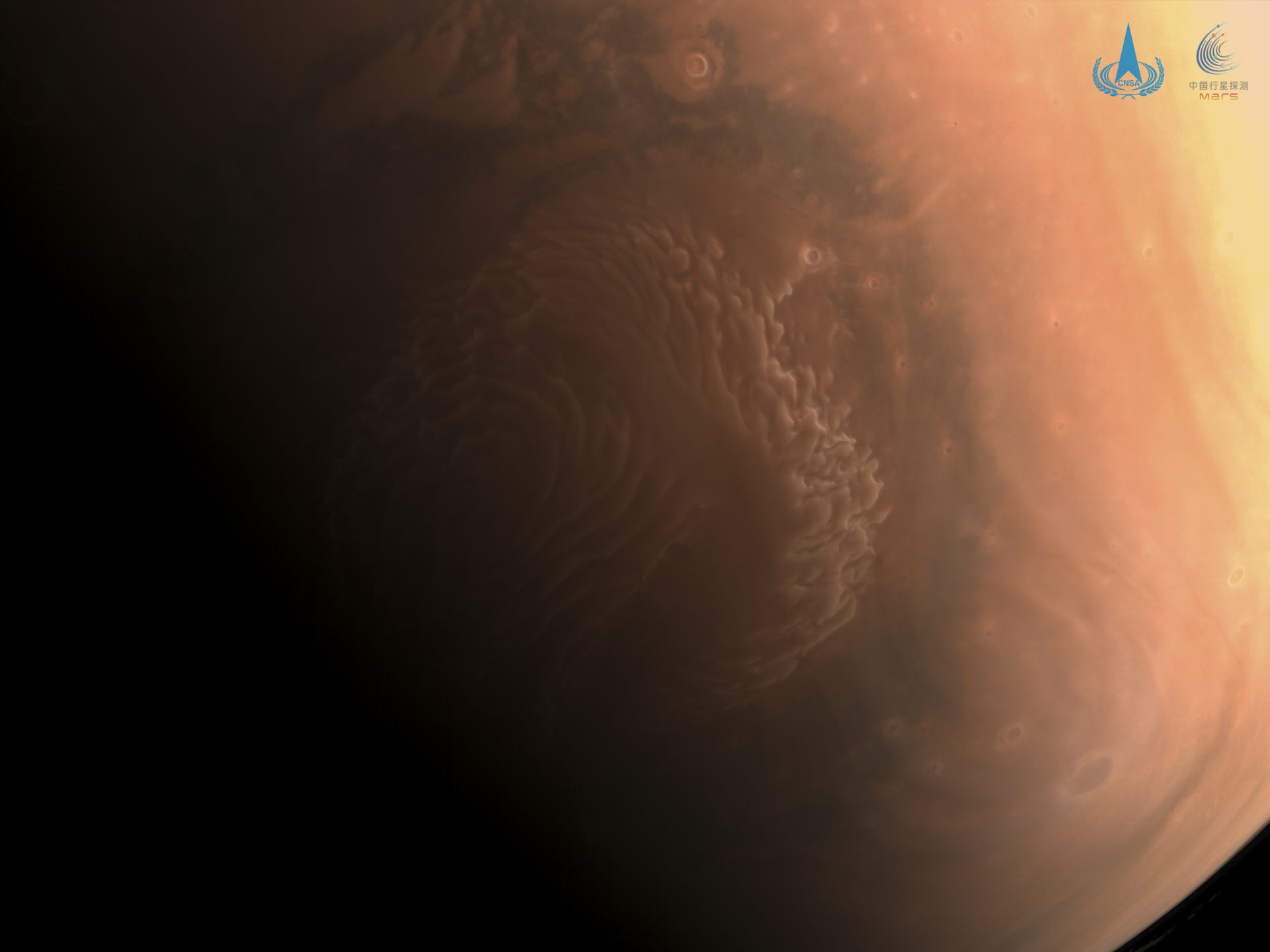 CNSA recently released the high-resolution images (which come via Peta Pixel), noting that they’re the first-ever from Tianwen-1. The space administration has released three images in total so far, including two in black and white, and one in color.

“With a resolution of nearly 500 meters, you can see the dark area on the left, which is Mars at night, and the bright area on the right, which is Mars at day,” Liu Tongjie said in a SciNews video outlining the images. Tongjie, CNSA’s Space Program Center Deputy Director, added that “The distinction between dawn and dusk can be seen clearly.” 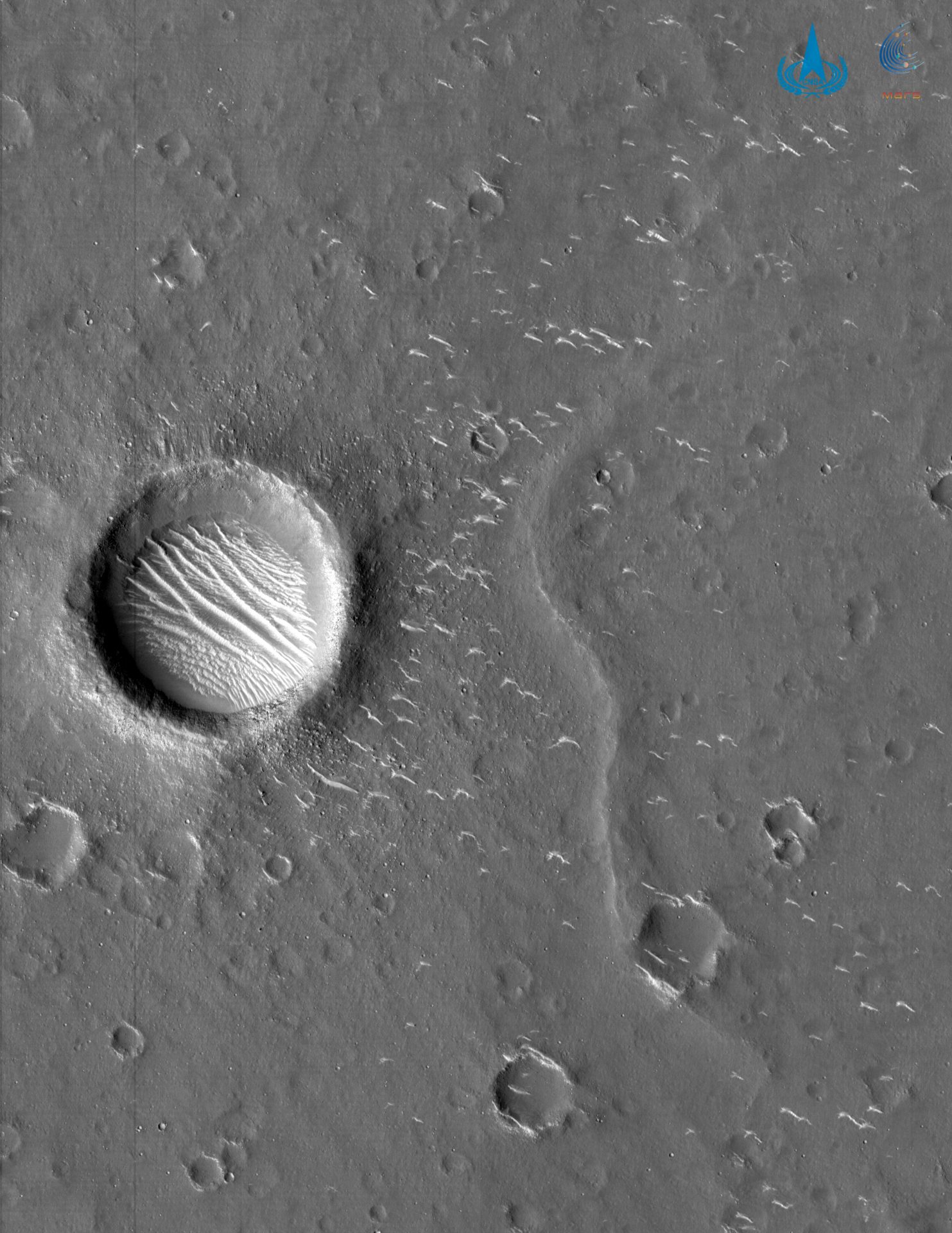 From edge to edge, the color image shows approximately 3,100 miles of Martian surface. The “spiral structure” at center—which, for our money, looks like cream swirling in hot cocoa—is the result of Martian winds blowing in a circular motion; swirling water vapor and ice particles around the pole as it does.

The black and white images capture much smaller portions of the Martian surface, but offer equally amazing views. Tongjie notes that the image immediately above includes an impact crater (middle left) with a diameter of around 2,000 feet. The image below also features impact craters, albeit smaller ones. And both show mountain ridges and dunes. The latter of which look like little white scars in the photos. 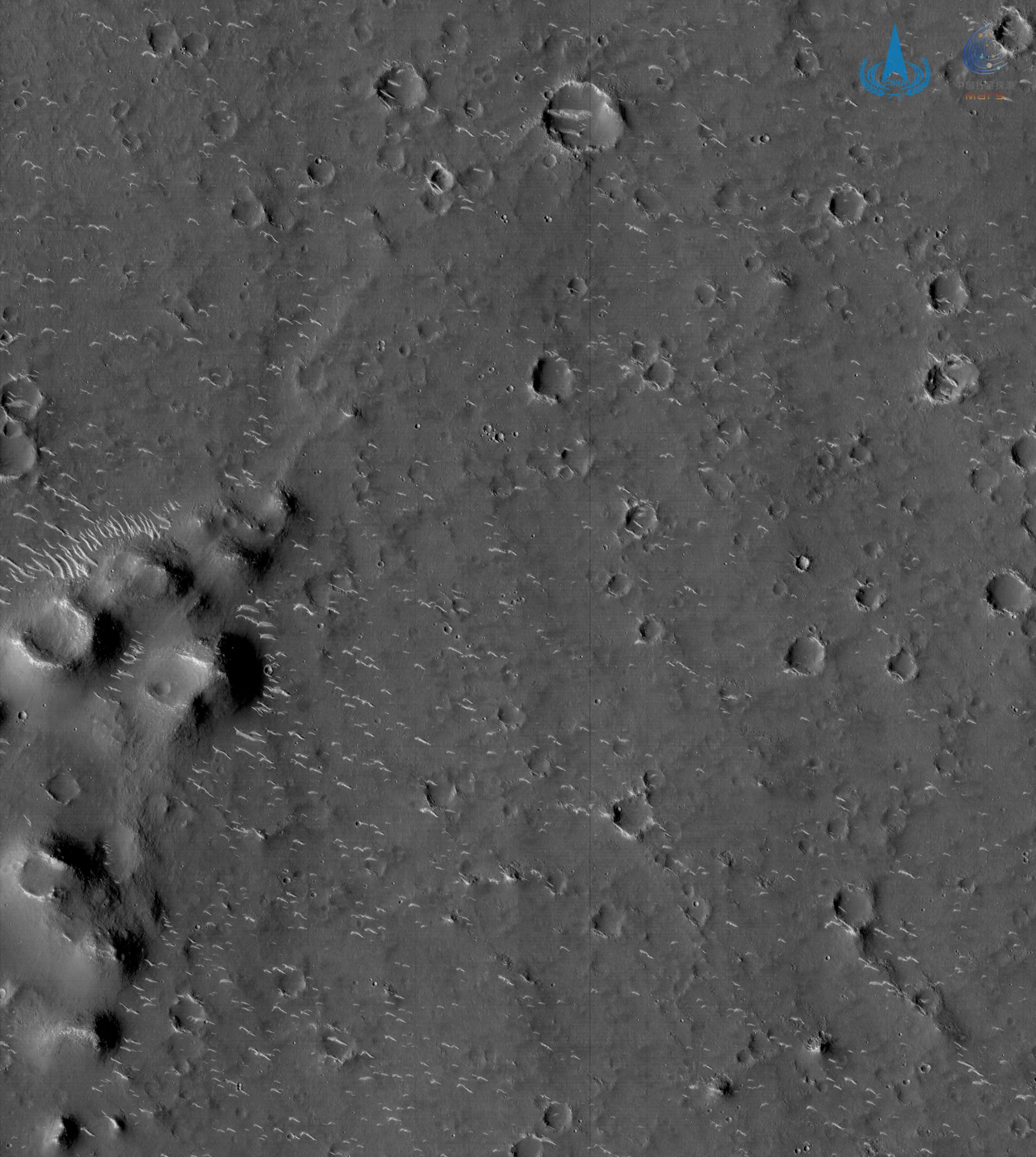 Taking high-resolution photos isn’t the only trick Tianwen-1 can perform. In fact, this is the beginning of the show, as the spacecraft will soon release a lander on Mars. One that will land propulsively, and then hopefully send out a rover to explore the Martian surface up close. We’d say it’d be cool for it to meet up with Perseverance, but they’ll be more than 1,500 miles apart. And even Mark Watney couldn’t science the crap out of that one.