Chilling Adventures of Sabrina is finally back for Part 3. The campy series capped off Part 2 with Nick using his body as a living sacrifice to lock in the Dark Lord. The next phase is all about Sabrina and her friends coming up with a plan to bring Nick back from Hell. It’s a thrilling adventure for viewers that Chilling Adventures of Sabrina actor Gavin Leatherwood, who portrays Nick, compares to a theme park ride.

“Part 2 was the ascent of a roller coaster,” Leatherwood told Nerdist during a recent phone conversation. “And Part 3 is what follows the big drop. I mean, there are so many twists and turns. And I feel like it takes [the story] to a whole other degree. Even in moments of incredibly emotional realness and, you know, some light-hearted humor, it really just continues to pick up its pace.”

Fans who haven’t binged all the episodes already should be prepared to feel all the feels. Leatherwood didn’t offer up any major spoilers, but he described Part 3 with three ominous words: “emotional, terrifying, and devastating.” Well, that’s interesting, especially after the series released its wonderfully upbeat “Straight to Hell” song to celebrate Sabrina’s dangerous mission for love. 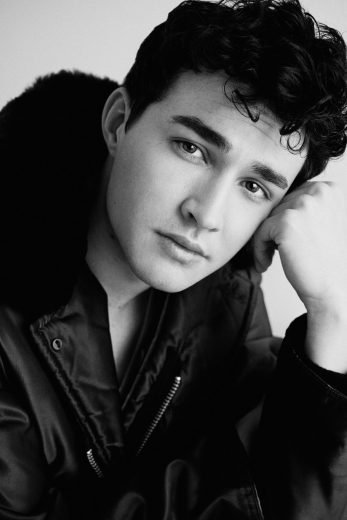 It’s not hard to understand why so many people gravitate towards Nick Scratch. He’s handsome, magical, and effortlessly cool with a bad boy vibe. But Leatherwood believes Nick’s popularity isn’t completely based on superficial reasons alone. “I think fans love him because he’s such a strong supporter of Sabrina,” he said. “Our protagonist is leading the charge against the patriarchal, evil ways of The Church of Night and Lucifer. And Nick is doing everything he can to support that and help her.”

The actor suggests that Nick’s arc will be even stronger in Part 3 with major character growth as he goes through the harrowing experience of being embodied by Satan. It’s the type of experience that would cause major trauma to anyone, even a person with a strong resolve like Nick. Thankfully, Deadline‘s confirmation that Leatherwood has been bumped to a series regular for Part 3 and 4 means Nick will make it back from Hell.

Leatherwood was able to deepen his relationship with Nick and explore new layers of the character throughout Part 3. His connection with Nick has been an interesting bond since day one because he used to pretend to be Nick in real life.

“I kind of found Nick through this persona that I put on when I was much younger [and] I believed that I was kind of a bad boy. I had come back from doing theater [for two years] and a lot of people were developing egos and judgments. So, I created this image that was kind of a tough, bad boy, which was really just a character I was playing thanks to my theater training. I was like, ‘You know what, I’m going to hide behind this mask.’ Later [in life], I when I saw the character Nick Scratch, I was like ‘Oh man, I know this guy. I pretended to be this guy.’”

His years masquerading as a faux, non-warlock version of Nick certainly paid off. Leatherwood’s rise to fame appears to be climbing alongside the show’s skyrocketing fandom. Prior to gaining a legion of admirers on Chilling Adventures of Sabrina, Leatherwood’s career was primarily in theater with a few small TV roles. Now Leatherwood says his life is just like the series—a whirlwind of wild yet amazing moments that seem to be happening in their own realm.

“It still surprises me when someone recognizes me in public,” Leatherwood said. “It trips me out because I forget that we are working on a show that’s watched by a lot of people. It’s a mind-blowing thing… We shoot ten months out of the year so, you know, it’s quite a busy schedule. It can be tough sometimes because you want to see your family or your friends and you kind of have to pack up your life and go on this crazy adventure and it feels like time stands still everywhere else.”

Of course, there’s a price to pay for being on a bloody and action-packed series. Leatherwood admitted that filming Part 3 was difficult but says the show’s amazing cast and crew makes it a dream job. “There’s a lot of hard work and long days,” he revealed. “We’ll shoot for 15 hours some days and be covered in crazy ass makeup and out in the woods getting eaten alive by bugs… and then there’s fight scenes which can be physically taxing. We have an amazing stunt team but a lot of actors, myself included, want to try to do some of the stunts. It’s a tough gig but there’s nothing else that I would rather do with my life.”

Gavin Leatherwood’s life may be (mostly) heaven because of Chilling Adventures of Sabrina, but Nick is literally going through hell. Nick’s future will have its ups and downs but he has his “nightmare wrapped up in a bow” witchy girlfriend and her mortal friends by his side on this electrifying ride.