GM Tips Our series to help Storytellers and Game Masters improve their craft and create memorable roleplaying experiences. Last week, we talked about running games set in a single city, and to facilitate that we will look at starting off your game below book level-guidelines. “Level 0”.

For Dungeons & Dragons it’s the infamous level 0, for Vampire: The Masquerade ghouls qualify, and for Deadlands, it’s the kid who never shot a gun. Apprentice level games have been around since the creation of tabletop roleplaying games, and year-after-year new storytellers gather new faces to begin their journey. If we are not starting games at the apprentice level, more often than not, we skip ahead a few levels so we can cut right to the exciting action.

Exciting action and character customization need not be gated behind level requirements, and an origin campaign can be nail-bitingly tense. The biggest reason to do an apprentice campaign is a focus on character over class. It’s a recommended short-story for any GM that run with a focus on backgrounds, family, love interests, and character depth. If you are just doing convention store pick-up games, apprentice games probably aren’t for you—unless it’s a horror game.

It’s Okay To Kill Them 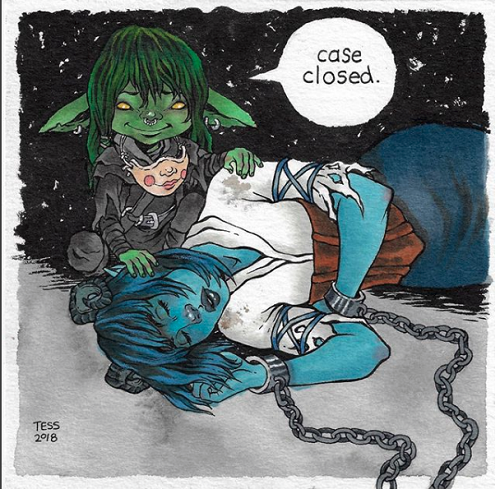 I’m starting off with a bold tip to clear up any misconceptions (particularly for players) about the lethality of apprentice games. It’s okay to total-party-kill your young apprentices. Being naive, young or new to the world doesn’t give them any excuses. In fact, killing them, or at least one of them, will set a tone that danger lurks around every corner and swords are lethal. Once, I had a ghoul in Vampire: The Masquerade executed just off Elysium grounds because of poor etiquette. In another campaign, I sent them all into the Abyss via being stabbed in their sleep, and that’s where the game really began.

All game-systems we play in are based on imagination, and getting killed in any RPG is hardly the end of the story. Even in games like Legend Of The Five Rings, that have no resurrection mechanics, allow you to pass your Daisho onto the next in line. As a GM, you can rule that instead of a true total party kill, perhaps they spent months in a coma—which serves as a segway to why they must leave home and quest. Whatever the case may be, don’t cradle your apprentices, just let the dice fall where they will and storytell around them.

Make sure your players are making characters, not classes, is the second bit of advice. Even if you want to end up a Tremere or a Barbarian, your character is level 0 and hasn’t really gotten the training they need yet. It’s important as a GM that you keep classes and class requirements out of your apprentice level campaign. Don’t pair the fighter up with the fighter teacher just yet, save that for when they graduate to level one. Instead, have a variety of teachers and options present themselves to the characters during their adventure. Perhaps even some that are more forbidden or restricted…

Characters change the moment gameplay starts. Offering up a Blackguard teacher or a Death Domain Cleric to a level zero character has an interesting appeal to it, even if that player had wanted to play a wizard, they may change on a dime mid-game. Which becomes vastly more compelling if they built a real fleshed out individual instead of a block-of-stats for an optimized class. I recall one player who desired to play a Bard, until he found that he really disliked Bards after all—and instead became the world’s most charismatic monk and loved his character. This is one of the best reasons to run an apprentice level campaign I feel, as it gives your players time to grow into their characters. 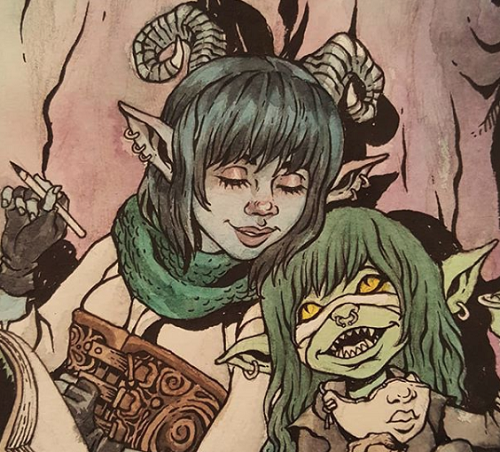 Of course, character growth doesn’t happen if it isn’t personal to them. In an apprentice level game, every NPC should be someone integral to a character’s backstory in someway. This is not the time to toss down your storyteller favorite NPCs and major quest bringers, but rather the place for someone’s mom, or their really really drunk aunt. Coming of age stories, local town festivals, their first dance, or other courtly conflicts are also valid as long as they stay personal.

I wouldn’t even worry about the larger world, or even world history at this stage. Spend all your character creation time on the players and how they came to be. Pets and animal companions are also a great way to start level zero campaigns. How did the party end up with a one-eyed mutt as an animal companion? When you have a table that doesn’t have a cohesive backstory, giving the group an animal companion is one of the fastest ways to create a bond between characters—and give them each a personal story.

What’s your favorite apprentice level campaign? Let us know in the comments below!

Featured Image by: D&D 5th Edition Starter Set by Wizards of the Coast