Cats have minds of their own. Getting them to perform tricks in the same way that, say, dogs do isn’t easy. Felines just don’t respond like that. They have schedules of their own and are too busy to answer to a human’s whims. But that is not the case with Alexis the cat. She and her owner worked together to set the Guinness World Record for performing the most number of cat tricks in a single minute, which we first spotted at Laughing Squid. Alexis’ owner Anika Moritz takes her pet through 26 different moves. We’re so impressed and you will be too—especially if you own a cat.

The duo based in Austria earned their place in Guinness World Records history in June 2020. But Guinness only recently shared a video showing off Alexis’ tricks. The feline can roll out the mat she’s sitting on, high five with each paw, ring a bell, and more. In other words, she’s a very good kitty. We can only hope this means she listens all the time and not just when the camera’s pointed at her.

Even in practice videos, like the one above, Alexa dazzles. 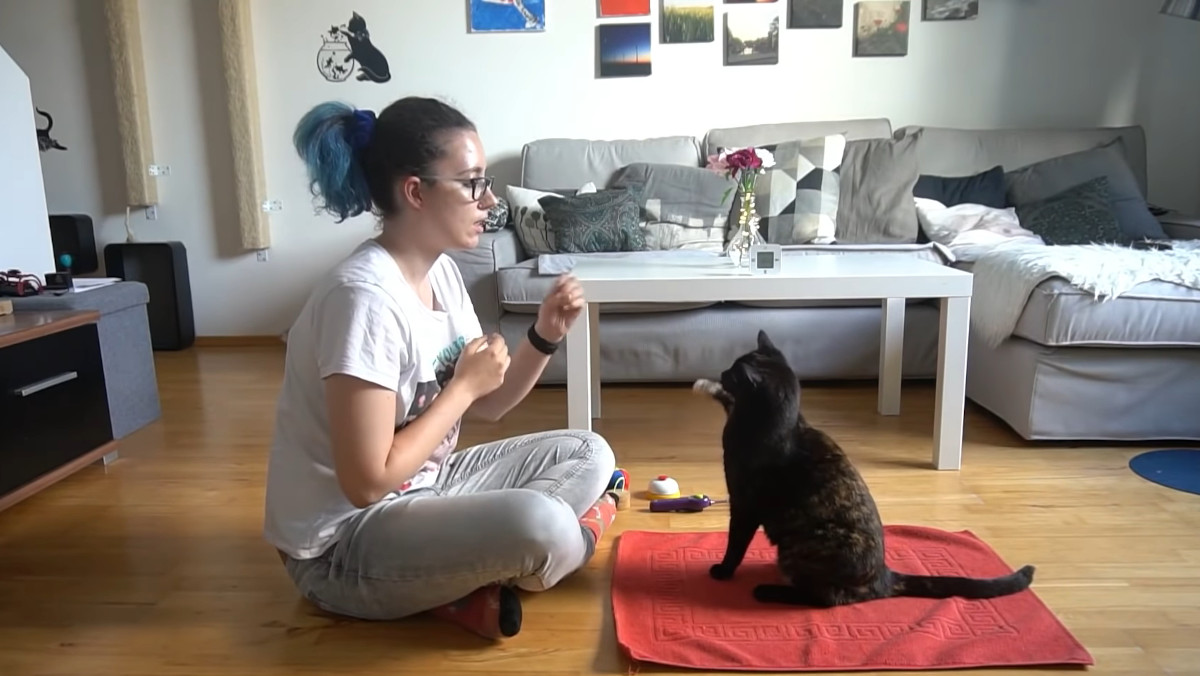 Guinness World Records states that Anika got Alexis when she was 11 years old. They started practicing tricks a few weeks after they met. They go on to say, “Alexis is described as trusting, loves to cuddle but also appreciates her freedom.”

Clearly all Anika and Alexis’ training together has paid off. It’s not quite to the level of Alexis bringing Anika the newspaper or anything, but considering the most I can do with my cats is get one them to occasionally play fetch with me, I’m amazed. You can see more of the adorable duo at Anika’s Instagram.