Cats are an endless source of both entertainment and enlightenment. And they have been for a very long time for multiple civilizations. Now the hosts of the YouTube channel Beyond the Press have given us a new glimpse of cats offering an extra dose of both “aww” and “fascinating.” This time with extreme close-up slow motion video of a cat licking butter.

The hosts of Beyond the Press recently posted the above video to their channel. The Finnish duo, Lauri Vuohensilta and Anni Vuohensilta, made the video to test some of their high-speed cameras. As well as their macroscopic lenses, which offer way in-your-face glimpses of the weird world of little things around us. 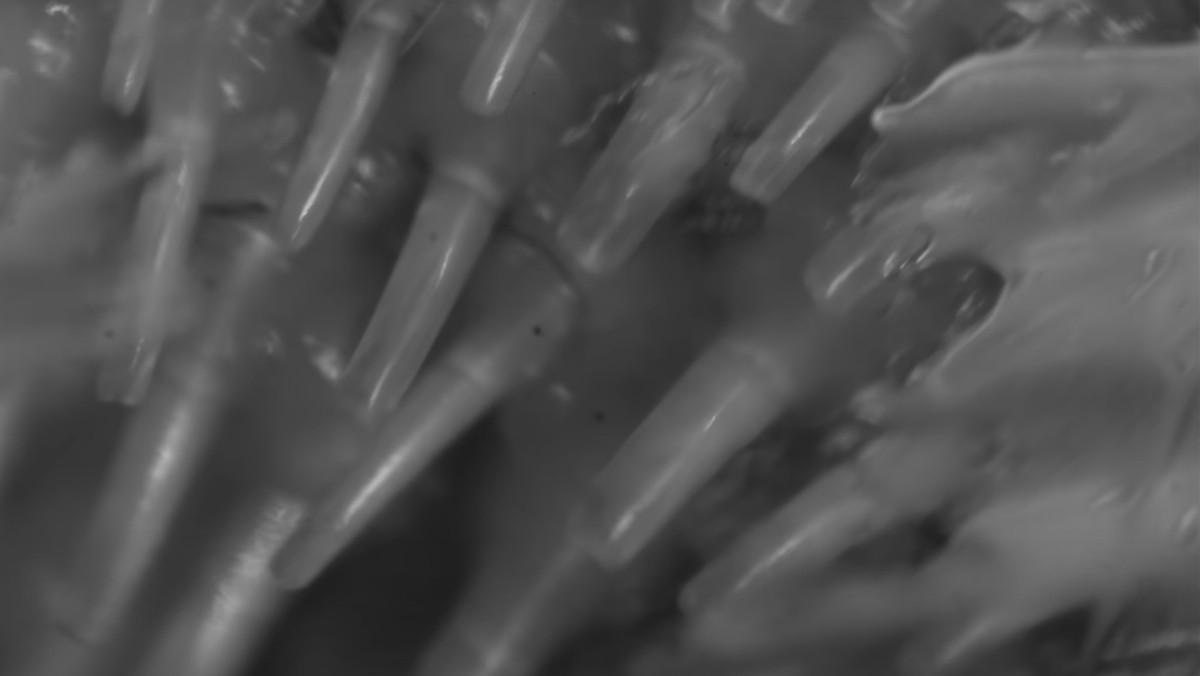 For their high-speed camera tests the duo took a look at one of their cat’s tongues. They did so by setting up a clever albeit simple photography booth: a piece of glass smeared with butter with a camera beneath it. As Anni shows, she smeared butter on the glass to get the kitties to lick it up. (Only one of their cats, Pepsi, actually participated however.)

As you can plainly see in the video, the result of the Vuohensiltas’ experiment is some close-up footage you won’t soon forget. It takes a while for the duo to set things up perfectly, but the show starts big time halfway through. It’s right around that point that we start to get close-up looks of the “spikes” on Pepsi’s tongue. The spikes are the cat’s papillae, which are tiny, backward-facing spines—scoop-shaped and hollow ones that cats can use to clean themselves. Or lick up lots of butter. 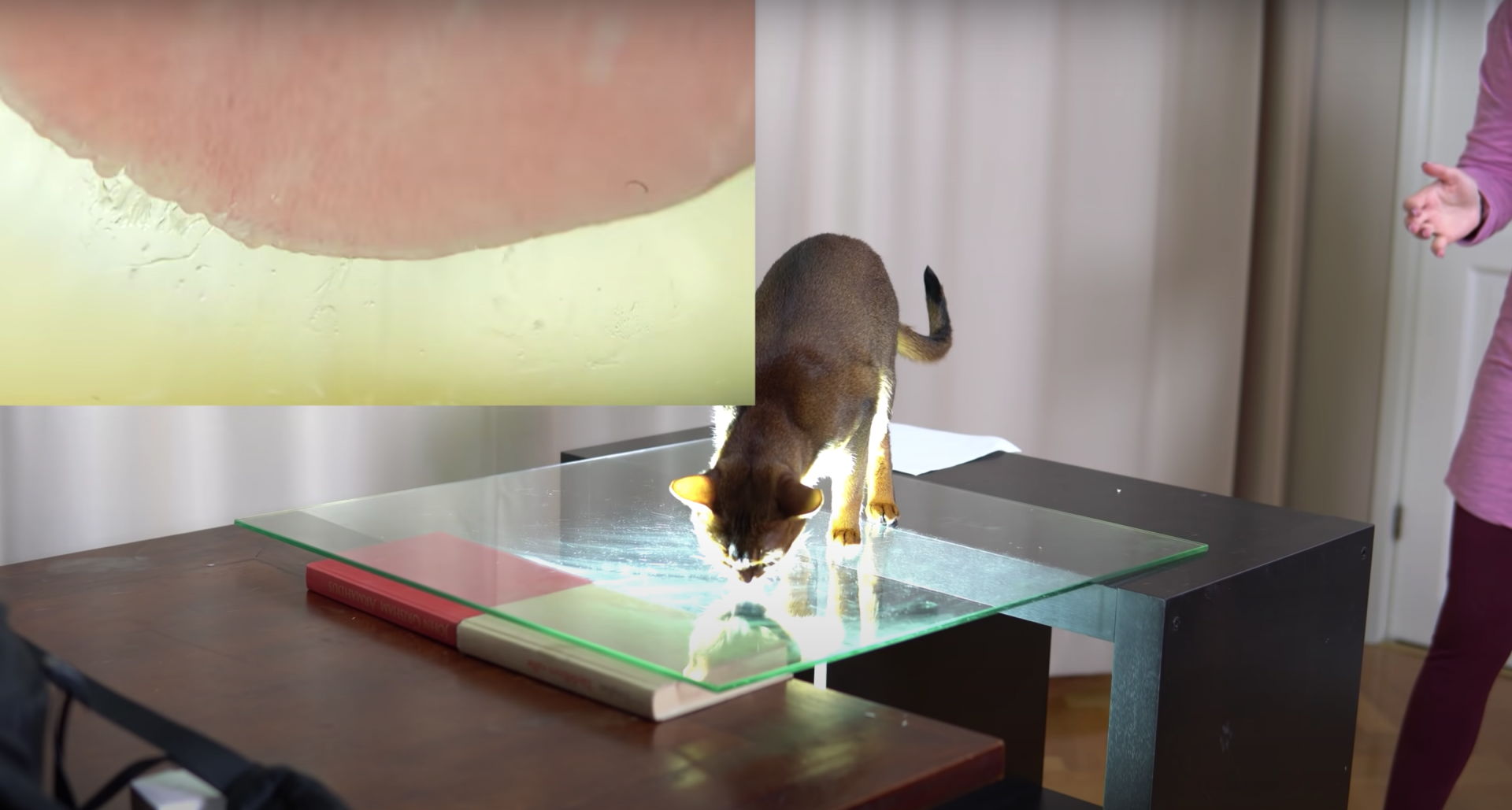 As Lauri points out, it’s these spikes (his term) that give cats’ tongues the feel of sandpaper. Speaking of which, if you’re looking for ways to let your cat grind, there are options for that. Although that’s “grind” in the extreme sports sense. Not the “building furniture for your cat so you need to do some grinding” sense.

Featured Image: Beyond the Press