Avengers: Endgame will represent a dividing point in the Marvel Cinematic Universe, when the old guard hands the reigns over to a new generation of Earth’s mightiest heroes. We know Carol Danvers will be a big part of that new crop of superheroes leading the franchise into the future, but for us time in the the MCU will forever be split between “BG” and “AG.” There will be the era “Before Goose” the cat was in our lives, and now we live in a time “After Goose.” And soon we’ll be able to worship that lovable orange Flerken with her very own idols, thanks to new Captain Marvel Funko POPS.

However, if you haven’t seen the film yet these figures are more than meets the cat’s eye and are full of spoilers. 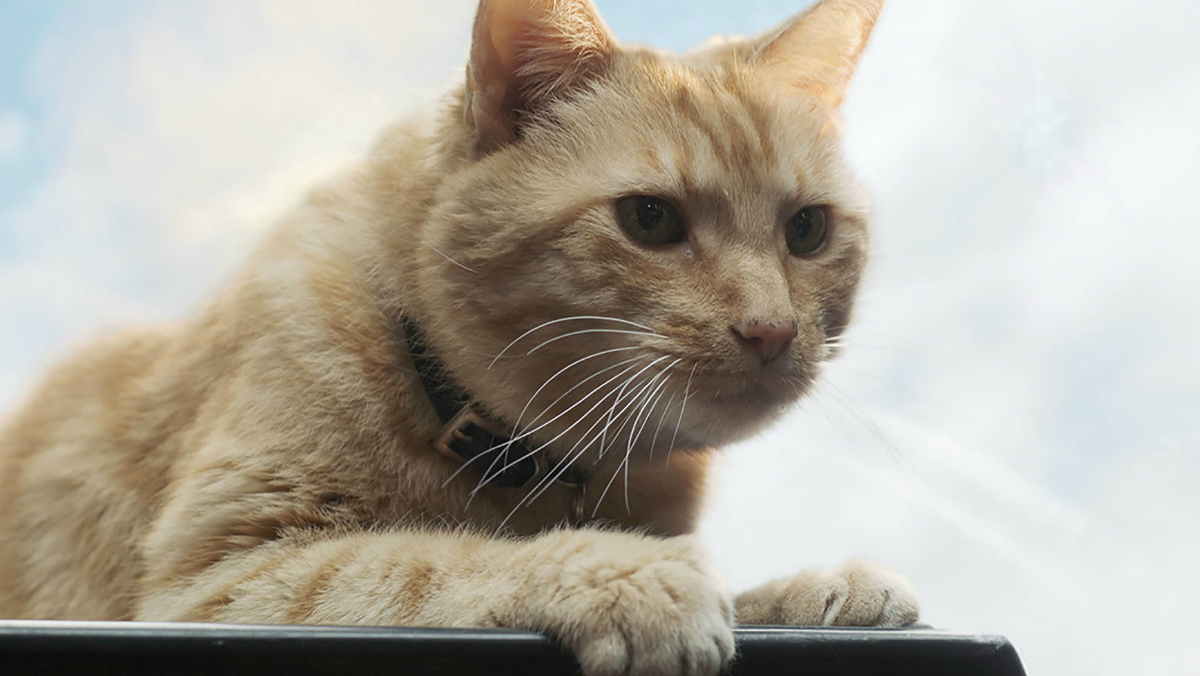 Funko announced three new POP! figures for its Captain Marvel line; they’ll be coming to stores soon. The first is the latest one of Carol Danvers. She’s sporting her Kree-free, iconic blue, red, and gold suit, and is holding the Tesseract (this is where the Tesseract has been in the MCU timeline, by the way) in its easy to carry “containment vessel.” 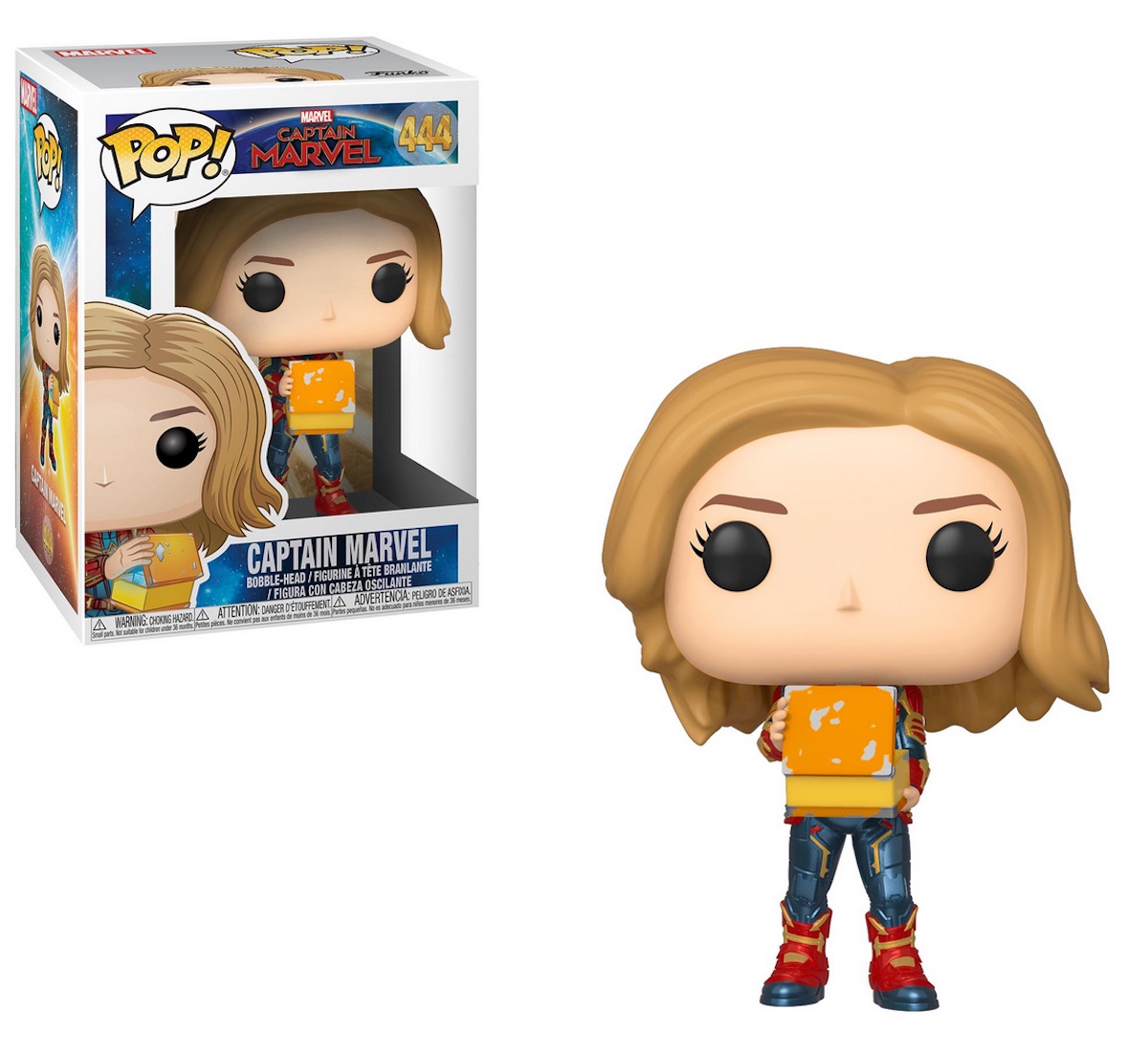 The other two new figures both feature the best pet in the MCU, Goose, in all all of her Not Quite a Cat glory, because these showcase her Flerken form.

The first shows Goose with her tentacles fully out, grabbing hold of the Tesseract for safe keeping. 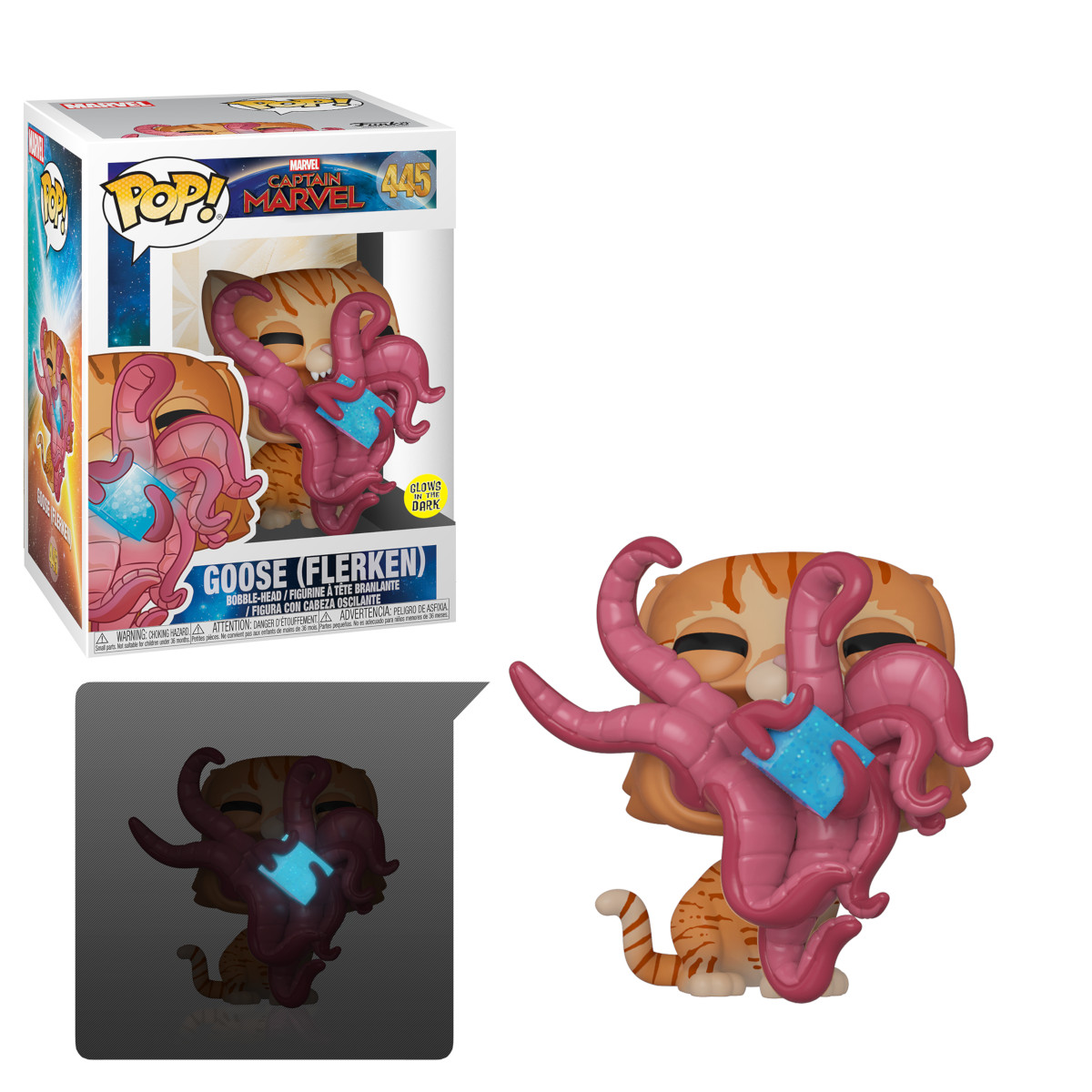 However if you’re more of a Talos than a Nick Fury, and seeing a gorgeous Flerken in action frightens you, Funko is also releasing a limited-edition chase variant. This 1-in-6 figure shows Goose only midway through her transition into her true alien-form. 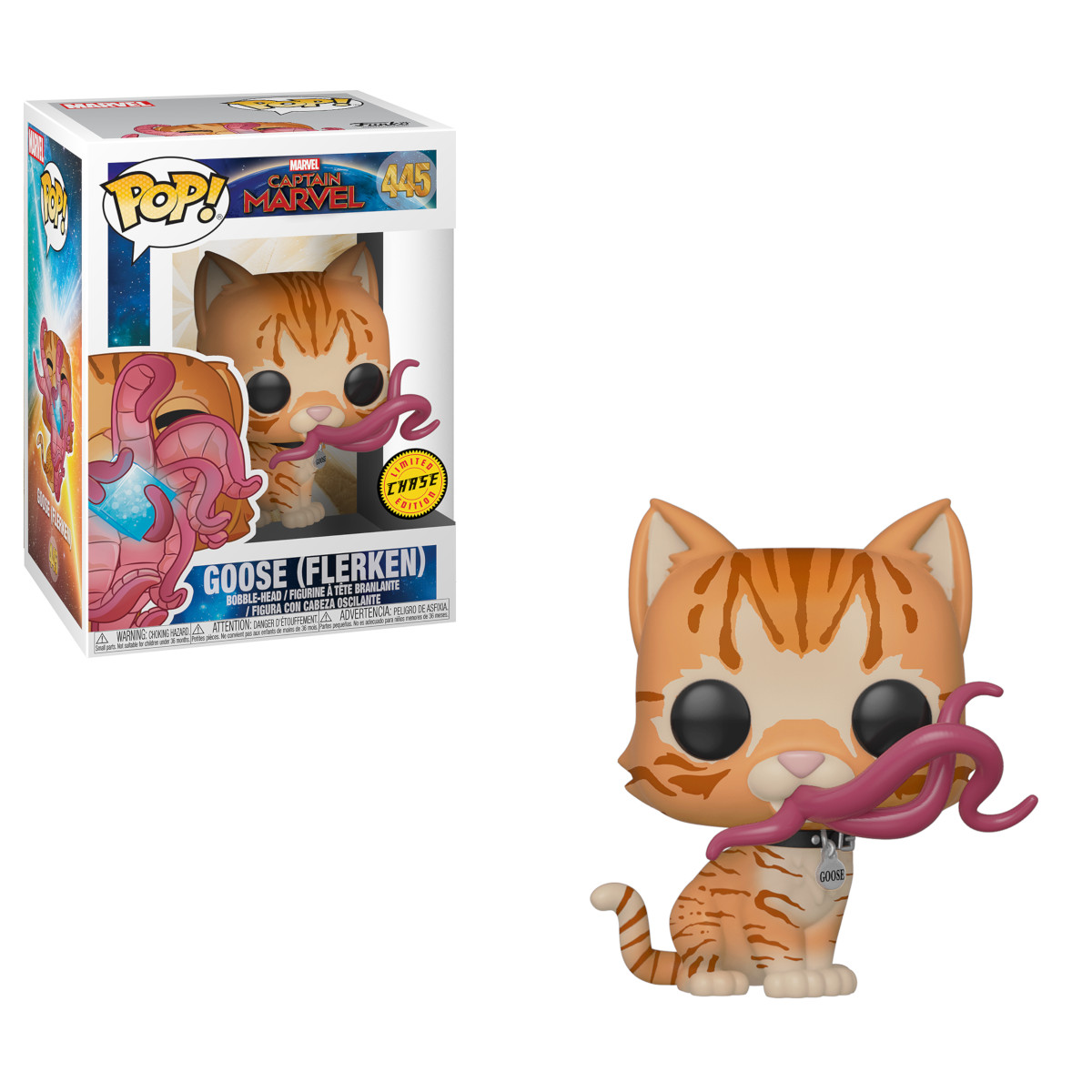 Aww, look at the cute alien who can create bubble dimensions of space and time inside her. Aww.

We love her so much we hardly remember the time before her she was in our lives, and we’re not sure we want to.