Captain Marvel is finally soaring into theaters! The highly-anticipated film brings Carol Danvers, a character with a long history in the Marvel Comics universe, into the Marvel Cinematic Universe with a bang. (Have you read our review yet?) Gear up for the movie’s release with our picks of just some of the Captain Marvel-ous merchandise out there.

From apparel to accessories, to toys, to books for your kids, there’s something for every Captain Marvel fan out there–which is about to be everyone. 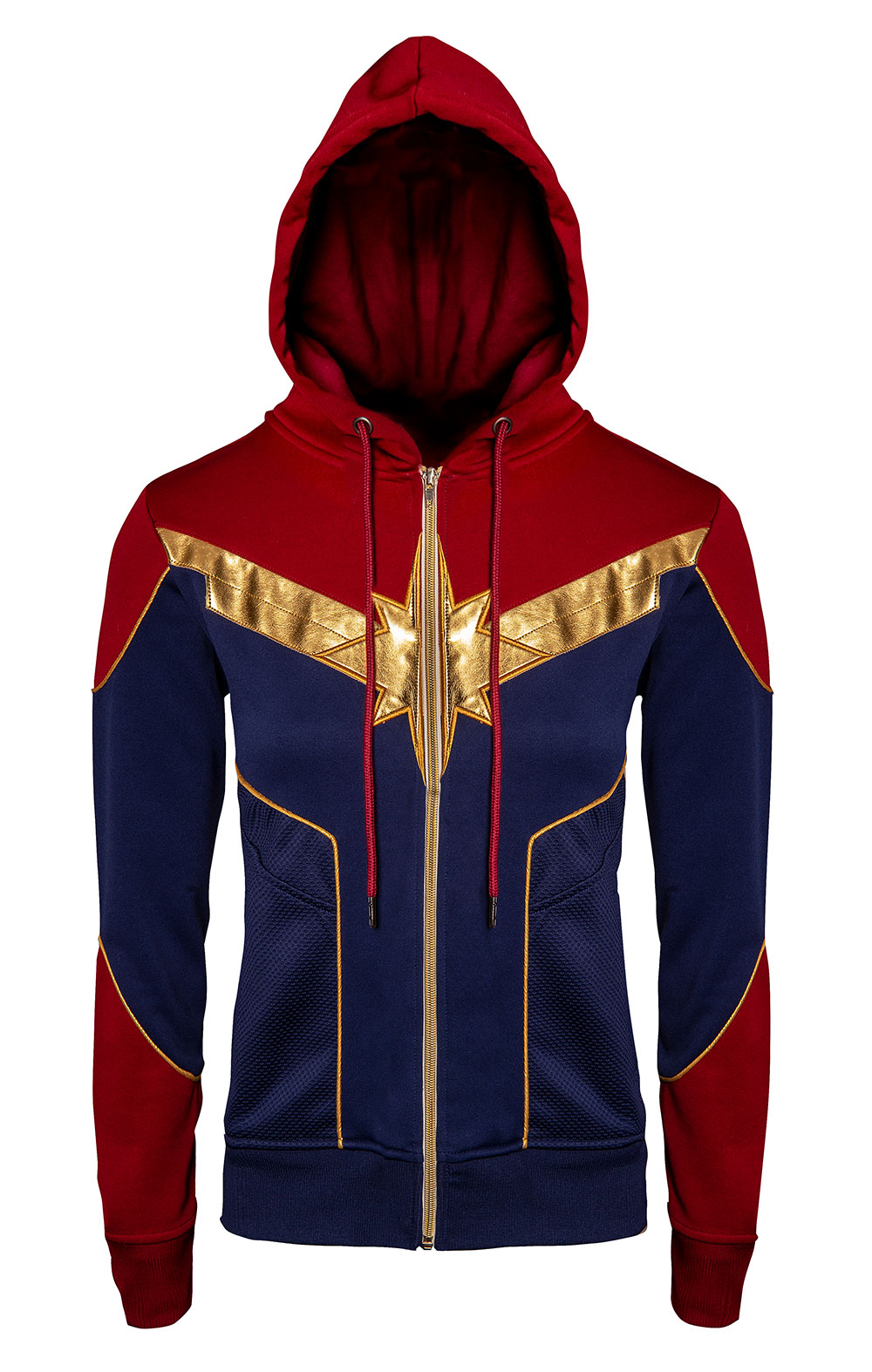 If a full leather suit isn’t quite your style, Marvel has just the hoodie for you to show you’re a member of the Carol Corps in comfort. This premium hoodie, offered by Merchoid, is cut for women and features shiny gold foil on the emblem and stripes. How could you not feel like a superhero when you wear this? ($72.99) 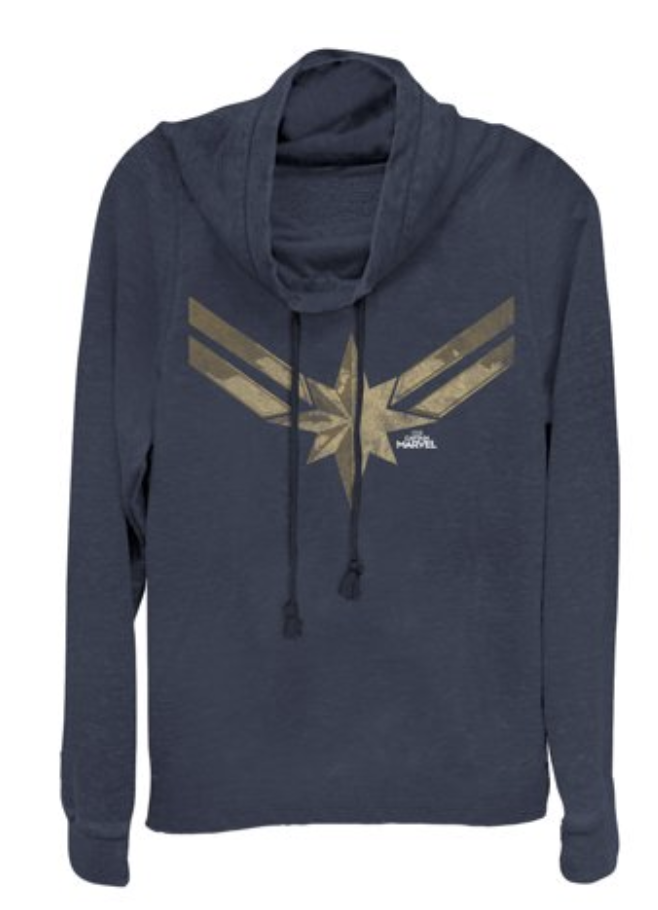 This Captain Marvel sweatshirt is even more suited for those of us who prefer a more casual style. The vintage hoodie comes in junior sizes at several retailers, including Walmart. The slightly distressed style in a soft navy blue feels like a homage to Carol’s military beginnings. ($39.99) 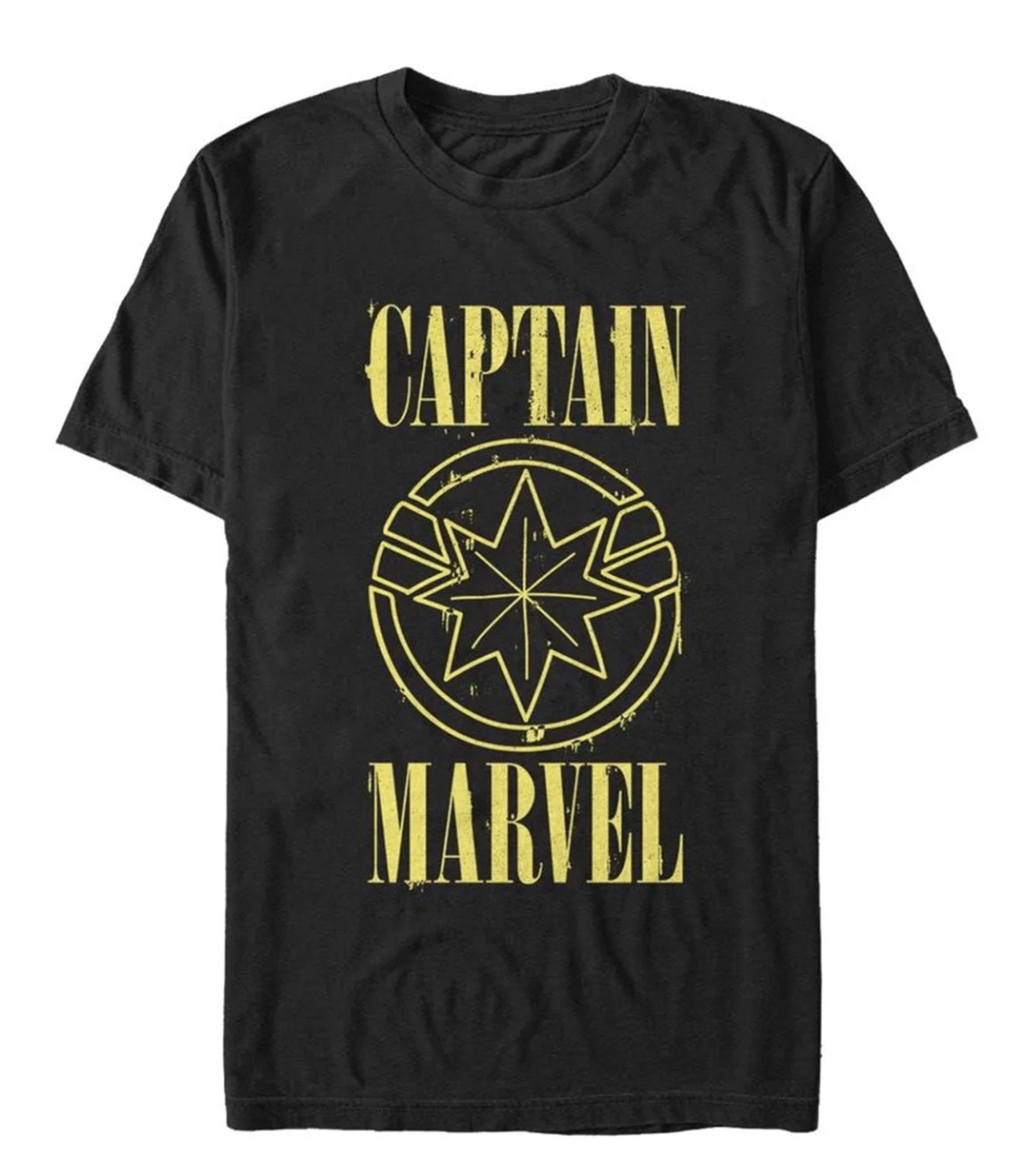 We dare you to look at this T-shirt and not get a Nirvana song stuck in your head. Inspired by the Nirvana T-shirt everyone owned in the 1990s, the time period of Captain Marvel, this shirt from SuperHeroStuff is an instant conversation starter. ($21.99) 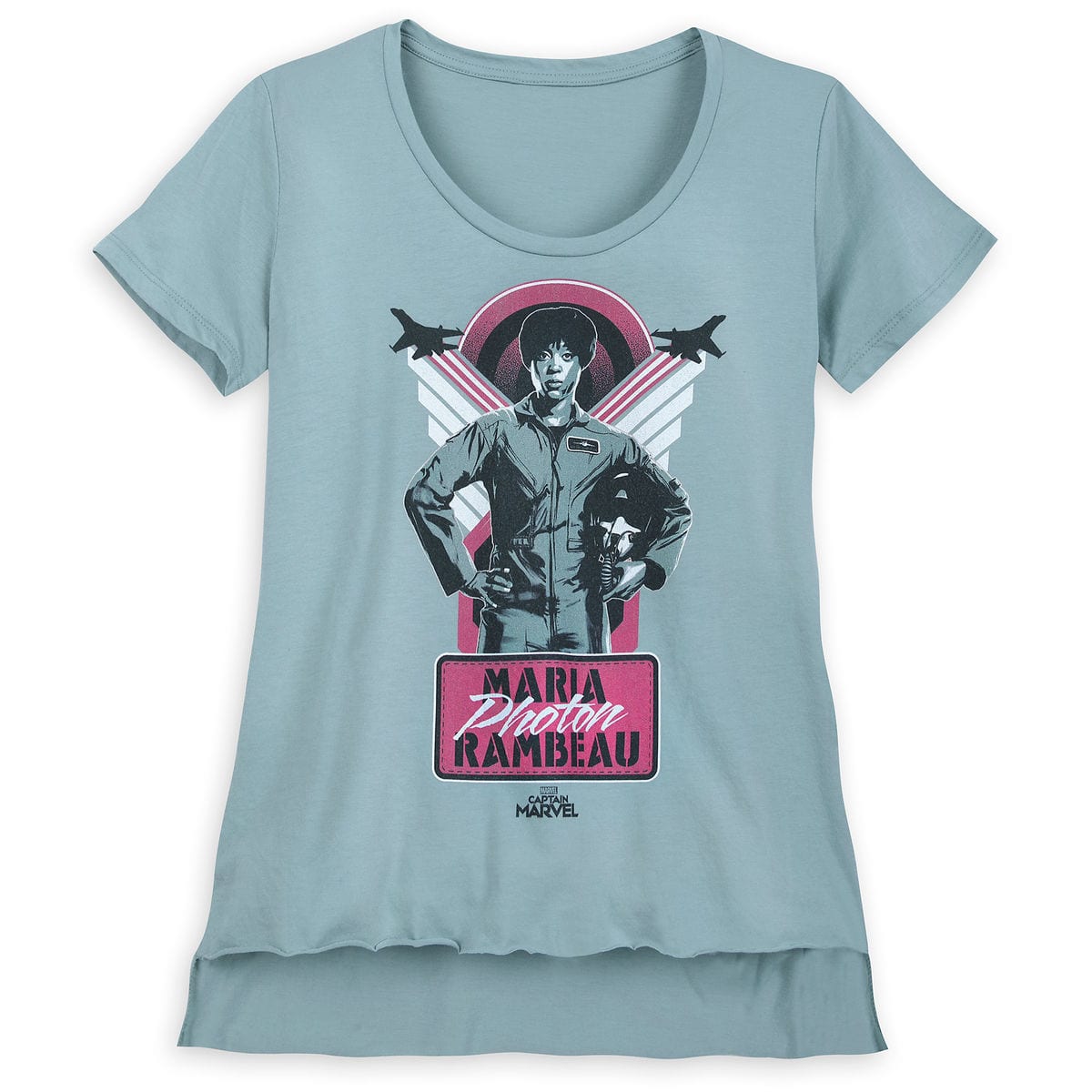 Carol isn’t the only one flying high in Captain Marvel! Show your love for Maria “Photon” Rambeau, Carol’s friend and fellow Air Force pilot, in this uniquely cut women’s T-shirt from ShopDisney. ($26.95) 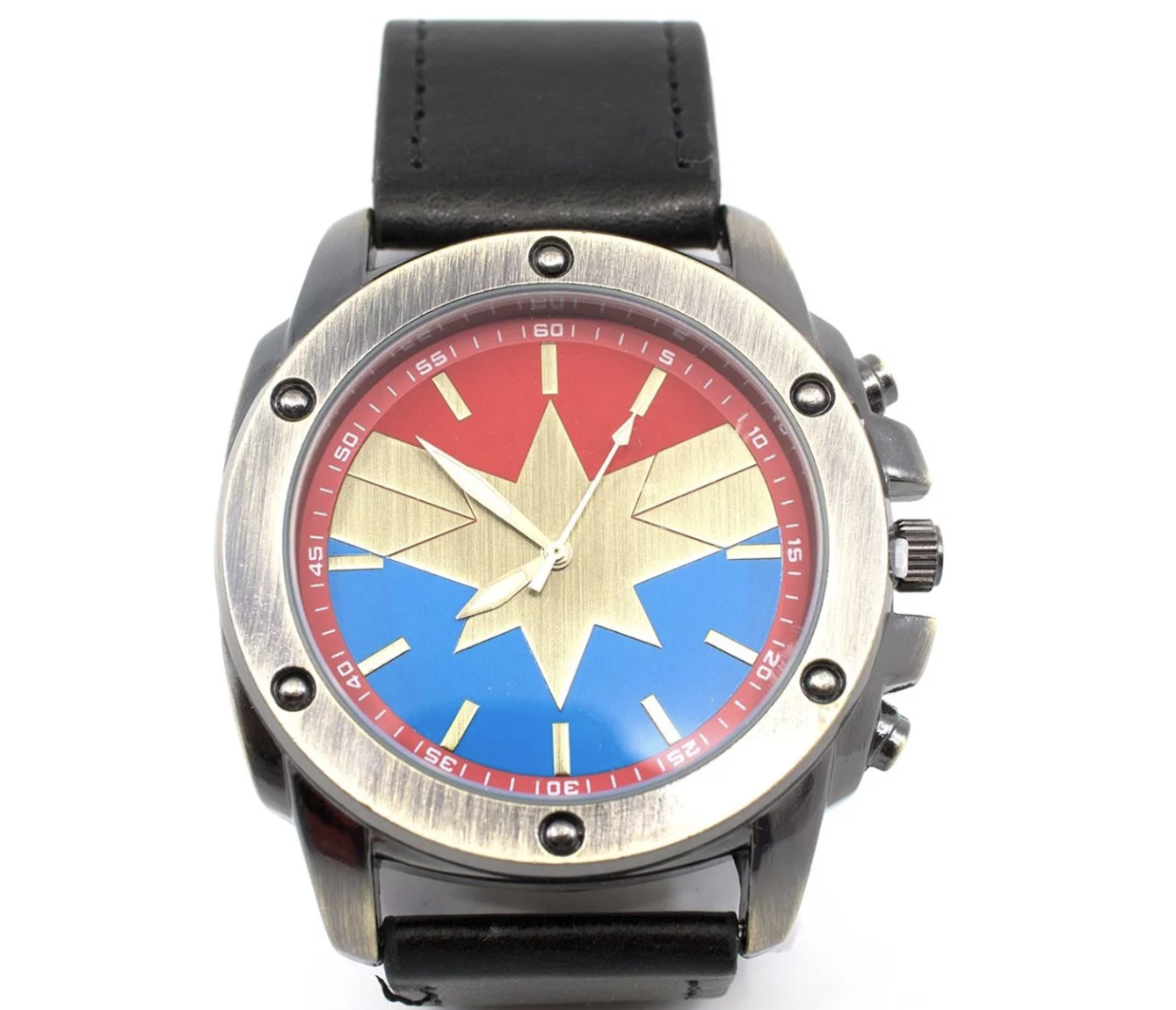 Add some Captain Marvel fashion to your everyday style with this bold and bright watch exclusively offered by SuperHeroStuff. It comes with an adjustable strap and a golden face that will catch the attention of anyone who spots it on your wrist. ($39.99) 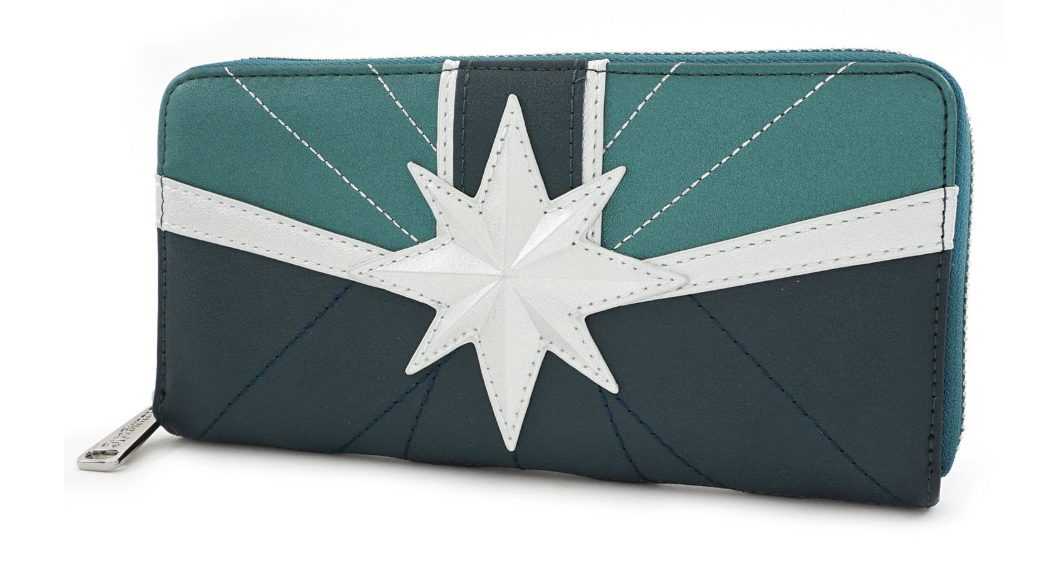 You can always count on Loungefly for high-quality accessories and bags, and this new green Starforce wallet inspired by Captain Marvel is no exception. The faux leather wallet, inspired by Carol’s time with the Kree, matches the green backpack also offered by Loungefly. ($39.00) 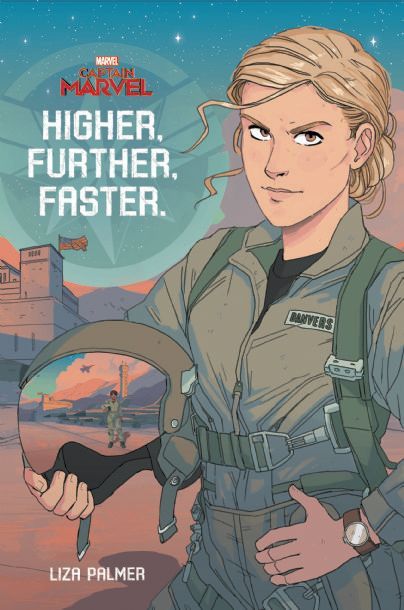 If you’re looking for a way to get your middle or high school aged kids into Captain Marvel, or if they need more of the story after walking out of the theater, this new young adult book by Liza Palmer is a fantastic option. Higher, Further, Faster is a prequel story that follows Carol during her first year in flight school, where she meets Maria Rambeau. ($17.99) 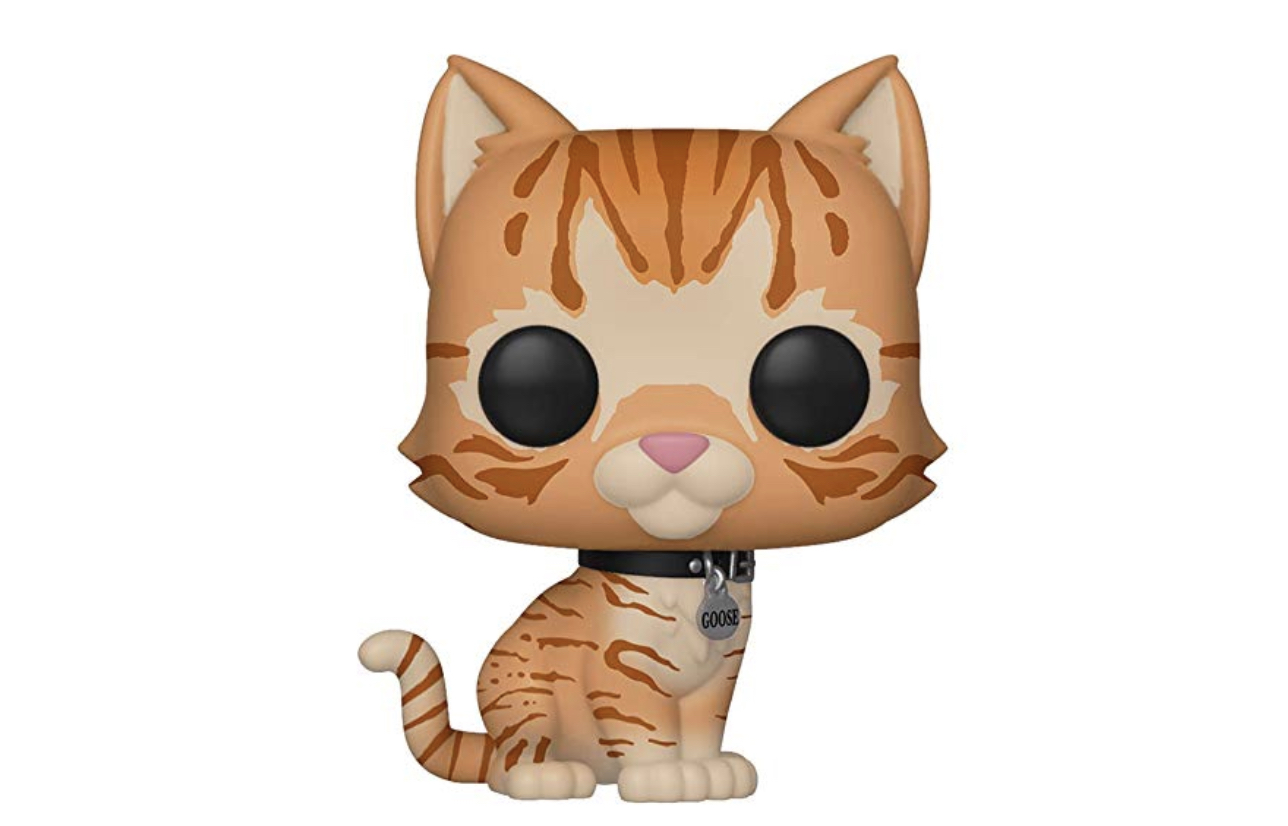 Of course you need more Pop! figures in your collection! Funko offers quite a few Captain Marvel figures, from Carol in her different costumes, to villains and allies. But we have a soft spot for Goose the cat, and consider Captain Marvel’s feline friend a must-have. ($10.99) 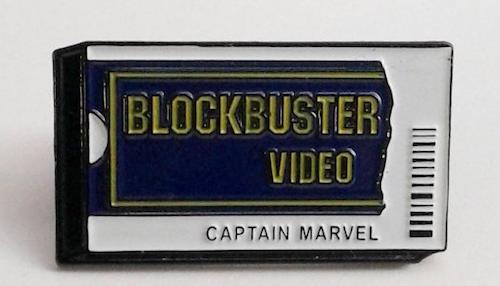 For a one-of-a-kind homage to Captain Marvel, it’s hard to do one better than this creative Blockbuster Video pin by Etsy seller ShopKizzer. The enamel pin is a throwback to the film’s setting that you’ll love to stick on your favorite denim jacket. ($10.00) 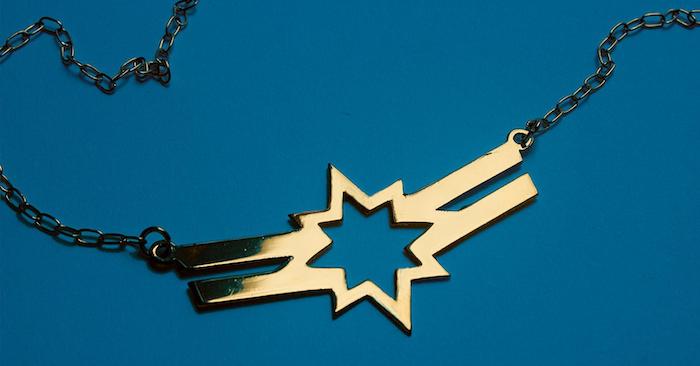 If you prefer a more subtle way to have Captain Marvel’s logo emblazoned on your chest, this necklace from Etsy seller NavekaDesgins might just be what you’re looking for. The Carol Corps necklace is offered in three different metals so you can choose exactly the right necklace for you. ($18.00+) 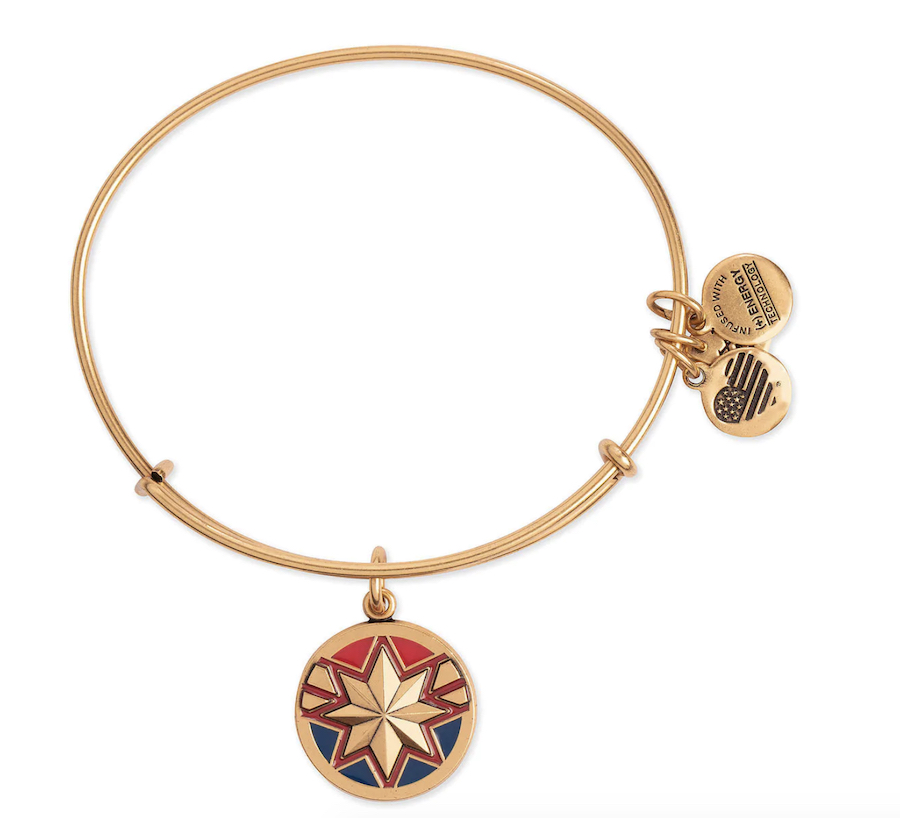 This antique gold bangle, designed by Alex + Ani and offered by ShopDisney, will shine bright on your own sparklefists. The striking take on Captain Marvel’s logo will make you feel like a superhero yourself every time you slip it on your wrists. ($44.95)

What piece of Captain Marvel merch is your must-have? Tell us in the comments.