Captain Marvel is almost here and as we get ever closer to Marvel’s groundbreaking addition to the MCU we can barely contain our excitement. With less than a month to go until Carol Danvers hits our screens we’ve got an insight into a relationship that Brie Larson said was “the representation of love” in Captain Marvel. When we visited the top secret set of the film, hidden deep in the valleys of Los Angeles, we got to sit down with Lashana Lynch, who plays Maria Rambeau, Carol’s best friend, and the mother of another character who (in the comics) was the first woman to hold the mantle of Captain Marvel.

In the vastness of an empty aircraft hanger, battling with the sound of construction and an ongoing production, we spoke to the bubbly and charming Lynch about her relationship with Carol, how Maria reacts to the intergalactic return of her long lost friend, and how vital it is to bring more representation to the Marvel Cinematic Universe. 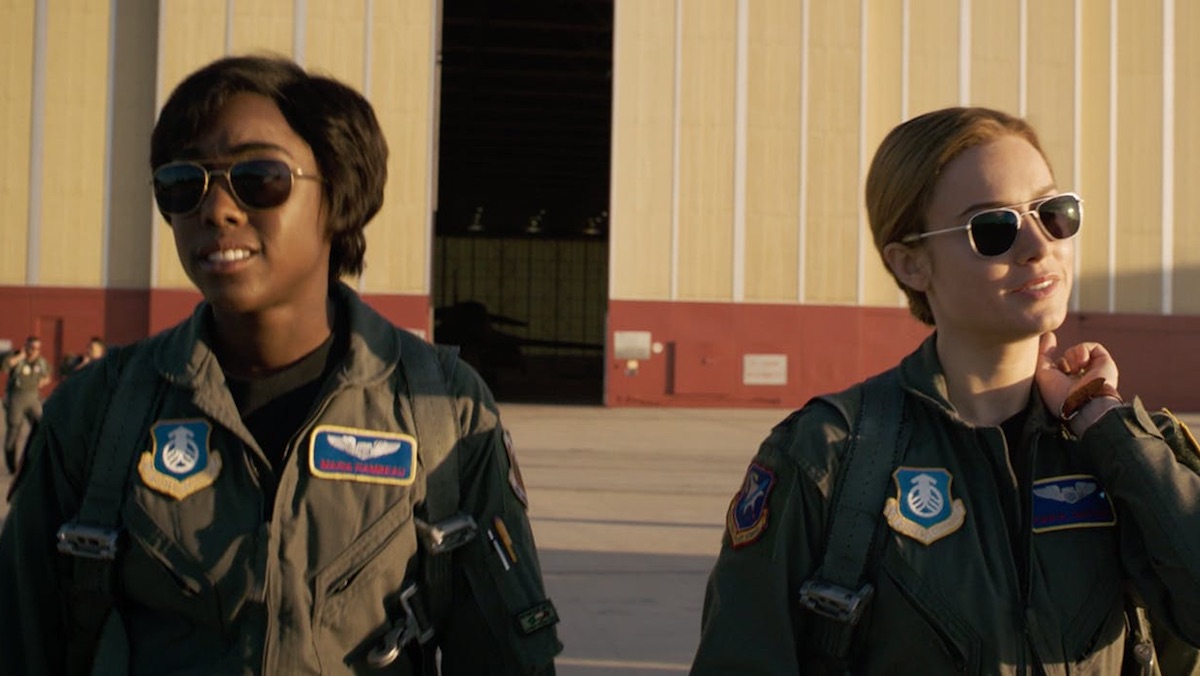 Can you tell us about your character, Maria Rambeau?

Lashana Lynch: She is a fighter pilot, very strong, very bold, very in control of herself. I’d say, in high demand with the industry that she’s in. She and Brie’s character Carol are best friends. She had to go through a lot of grief when Carol disappeared and then suddenly she’s back, and she has to kind of reverse that grief and make it work for this, picking up of a friendship, which is kind of strange but ends up really beautifully.

How long has it been since Carol disappeared?

LL: A long time, a really long time. Enough for me to come out of denial and then think that maybe she is alive, and then no, actually she isn’t, yet years have gone by, and she definitely isn’t alive. Enough to go through that cycle.

You’re in a unique position to almost create a character. What’s that been like for you as a process?

LL: It is firstly a treat, because Black Panther raised everyone’s awareness to the fact that we just don’t have any black superheroes and our younger generations aren’t seeing enough of themselves. We’re not being represented, and Marvel took that responsibility and I think for the change in consciousness that is happening in the Black community right now and over the last couple of years.

So in creating Maria, it made me realize that the younger generation are going to have what I didn’t have as a kid, which is seeing themselves on screen. So this will be a classic film for the new generations to come, which is crazy. And also the new normal, which I can’t wait to be. 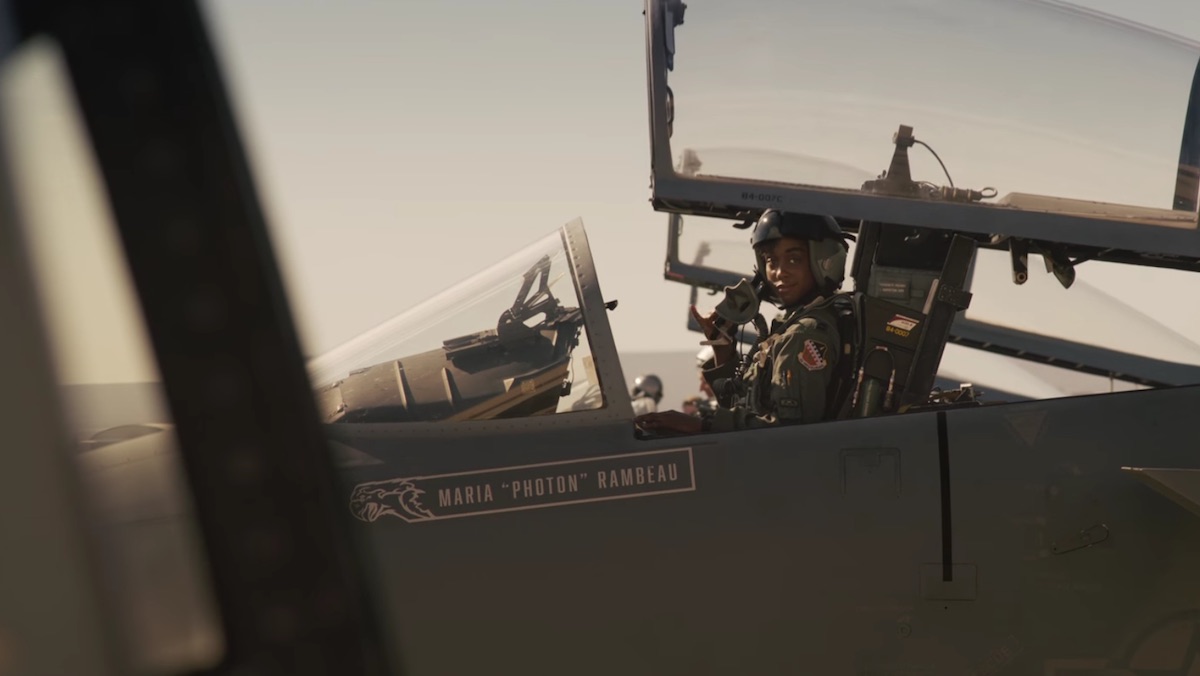 Within this close friendship that these characters have, what is their dynamic? How are they with each other?

LL: They have a very dry humor together. You know when you love someone and you pretend like you hate them? They have that little bit of a slightly unlikely boisterous, deeply loving, caring sister love. They have a sisterhood about them that is really nice to see in a Marvel movie. They’re in a male-orientated environment and industry, and all they have is each other, those female fighter pilots. So yeah, they’re extremely close, extremely.

As far as your character, you’re a Black woman and also a mother in the film. It’s rare that we see mothers in superhero films that are still alive. So what does that bring to Maria? 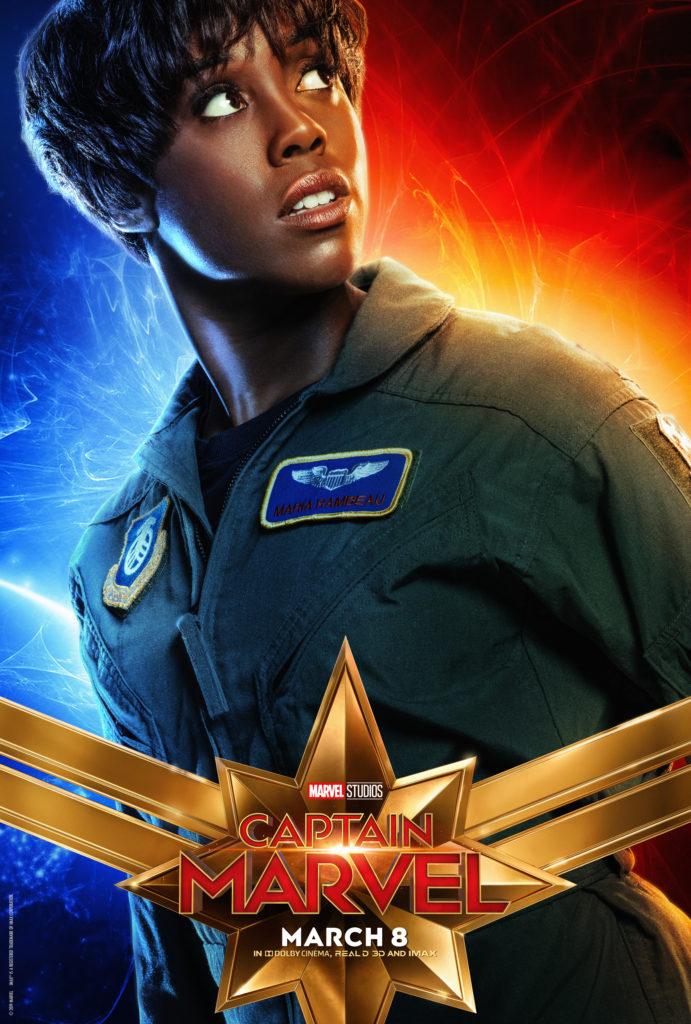 LL: Absolutely not. That doesn’t need to be spoken of. We have representation now to hopefully not have to talk about representation in the future, so why do we then have to have a conversation in a film? We’re already having it in the industry. We don’t need to apologize or explain ourselves with the film. It just is what it is, and also to know that we’re flipping the Black single mother idea on its head and being like, oh, she’s a fighter pilot and Black. I’m so glad she’s a Black single mother. She don’t need a husband. She doesn’t need a boyfriend and she doesn’t need many males in their life because you’ve only got one male that’s probably the best one, that’s her father. Everyone else has been the males at work who have given her a freaking hard time for just existing. So she’s all right.

Question: So in taking another step about Black women in films, is there a part of her that we don’t get to see that is very vulnerable or soft?

LL: I wouldn’t say that we necessarily see vulnerability, but we see tenderness, and I think that’s warranted and it’s enough for the relationship that she has with Carol. She almost has to remind Carol who she is, where she came from, and what she represents, and the mark that she can now place on the world through this power that she’s gained. So for me at this moment in time, I think it’s nice to see tenderness, love, care, and handling grief in a very complicated way.