A Comic Book History of Sam Wilson and Captain America

We now live in a post-Endgame world and with that new status quo comes a whole lot of questions, theories, thoughts, and crying. A lot of crying. In a film stacked with massive character moments, there was one huge reveal that really changes the face of the future of the MCU–and one of the upcoming Disney+ shows–and it’s the fact that Sam Wilson is now Captain America!

To understand just how important this decision is, and why it was one that many fans were waiting for, let’s look back at the comics that inspired the MCU. Sam Wilson and Captain America have long been inextricably connected in the comics. From the Falcon’s first appearance in 1969’s Captain America #117, the two characters have had a deep connection. Steve Rogers was the one who encouraged Sam to take on the heroic mantle, taking inspiration from the wild bird he’d trained. 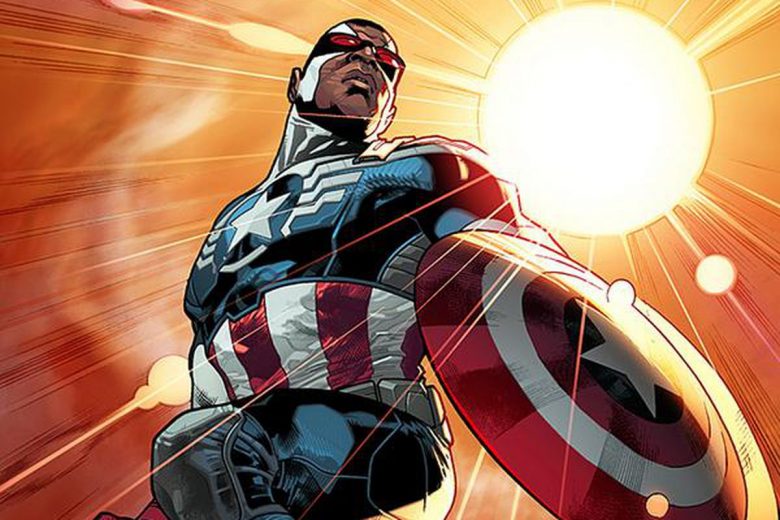 The connection between the pair was so strong that in 1971, Marvel changed the publication title of the flagship Cap book to Captain America and the Falcon. It stayed that way for seven whole years. Their close relationship, along with Sam’s heroism and moral compass, led to a large segment of fans wondering whether Falcon would ever take on the mantle of Captain America. In 2014, he finally did just that.

Rick Remender and Carlos Pacheco seeded that momentous sequence of Avengers: Endgame in the final issue of their Captain America. After Steve is turned into an old man, far closer to the reality of his actual age, he has to choose a new Captain America. And just like in the newest movie, he (alongside Peggy in the comic) chooses Sam to take on the iconic role. Only a month later, Sam led the continuation of the series called All-New Captain America, with Stuart Immonen taking on art duties whilst Remender stayed on to push the story of the new and untested Cap forward. 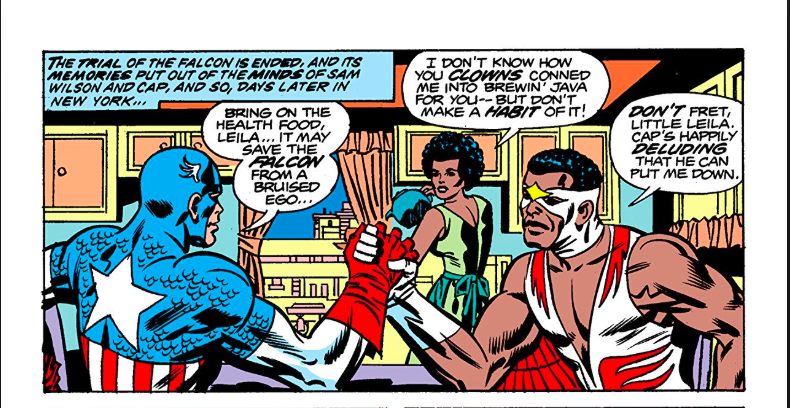 In 2015, Sam would get a new series called Captain America: Sam Wilson, helmed by the controversial writer Nick Spencer. Leading into the much-maligned Hydra Cap arc, the storyline left much to be desired. However, the fact that Sam was Captain America at all was what mattered. And as he has now taken on the mantle in the movies, we’re hoping that the Disney+ series (which will now surely be known as Captain America and the Winter Soldier) will deliver where Sam’s solo comic book series have not. And of course, Sam didn’t last long in the role as he was back to his own solo Falcon title within three years.

One of the key things that Disney could do would be to bring on a creative team made up of black writers, creators, and showrunners. The writers of both of Sam Wilson’s Captain America stories are white. Though Remender’s short-lived exploration was interesting enough, Spencer’s put the beloved character up against Black Lives Matter protesters and a team of superpowered “SJWs.” Hopefully, with the MCU headed in a new direction and Sam Wilson Cap about to lead his own show, the series will take hints from classic Falcon and Cap or Bucky and Cap stories whilst creating space for the first Black man to ever wear the mantle of Captain America.