Captain America: Civil War Is A Total Triumph And We Love It - Nerdist

Captain America: Civil War Is A Total Triumph And We Love It

Captain America: Civil War is a triumph from beginning to end – a film that manages to exist as a self-contained story while simultaneously (and masterfully) tying together many of the existing threads of the Marvel Cinematic Universe. (Don’t worry – this review will be as spoiler-free as it’s possible for a movie review to be).

Civil War begins with the Avengers being all teamwork-y and seamlessly taking down bad guys together. Seriously – it’s a beautiful scene where everyone appreciates and compliments one another. Cherish it, though, because those warm fuzzy feelings quickly disappear. When there are yet more civilian casualties during the takedown, Tony Stark (Robert Downey, Jr.) unites with his old enemies (aka The US Government) to attempt to bring accountability to the group by creating oversight via the United Nations – outlined in the Sokovia Accords, named for the fictional country decimated in Age of Ultron.

Here’s where the initial struggle begins. The Avengers splinter, forcing each character to choose a side. This division calcifies the latent rivalry between Iron Man and Captain America (Chris Evans), and that rivalry intensifies when the memory-challenged assassin The Winter Soldier – better known as Cap’s old pal Bucky Buchanan (Sebastian Stan) – gets involved. 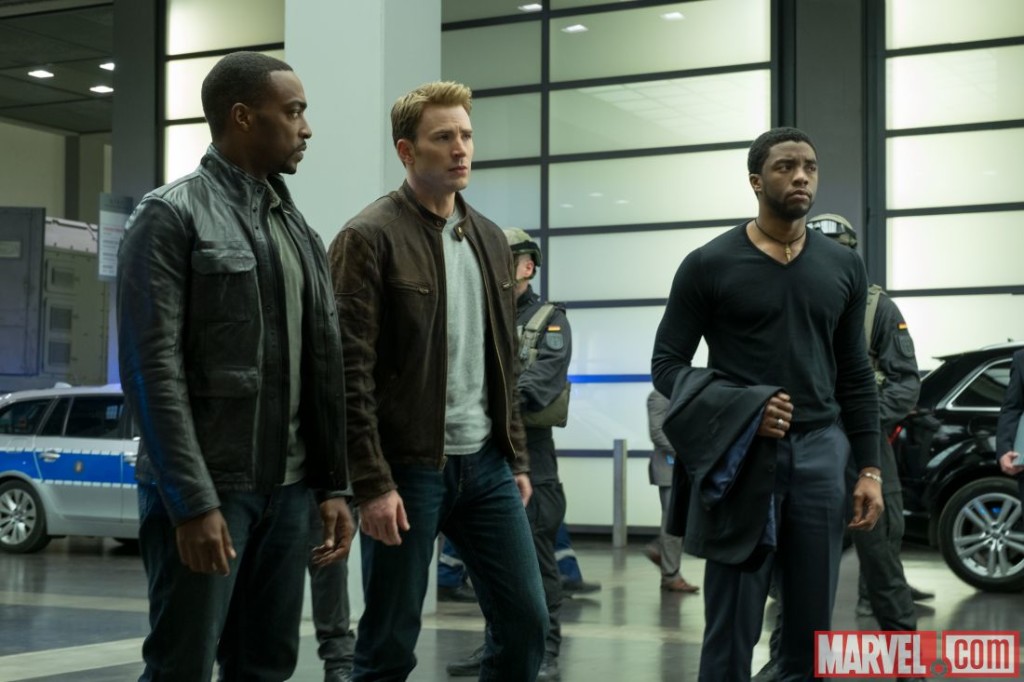 In what amounts to basically another Avengers movie, Civil War manages to do what Ultron failed to do well–bring a cohesive team of both new and old characters into one film while highlighting not only the strengths each team member brings, but also making each character indispensable.

However, Civil War is unmistakably a Captain America movie. Directed by Joe and Anthony Russo (who previously helmed Captain America: The Winter Soldier), the film adeptly handles the relationship between Steve and Bucky, demonstrating both their complex history and deep friendship. While the premise of the film seems to pit Iron Man and Captain America against one another, the true heart of the film is friendship and respect. Each character is given the chance to define what friendship and loyalty mean to them in scenes throughout the film.

But that doesn’t mean the film skimps on the superheroics. There are plenty of battles throughout, most of which pit hero against hero, though the creepy villain Baron Zemo (Daniel Bruhl) is an ever-present threat. Each battle is well-paced, and each serves a very specific purpose, moving the plot inexorably forward towards the climactic battle between all of the super people–and do I mean all of them. It seriously gave me final-battle-of-The Avengers vibes.

Tonally, Civil War is a home run. The quick quips you’ve come to expect from MCU films are nicely balanced with heartfelt moments of vulnerability. Especially from Tony Stark, who has notably used humor to deflect from dramatic or tense group moments in the past. His emotional evolution continues its progression throughout Civil War as he struggles on several fronts including direct combat with Captain America. 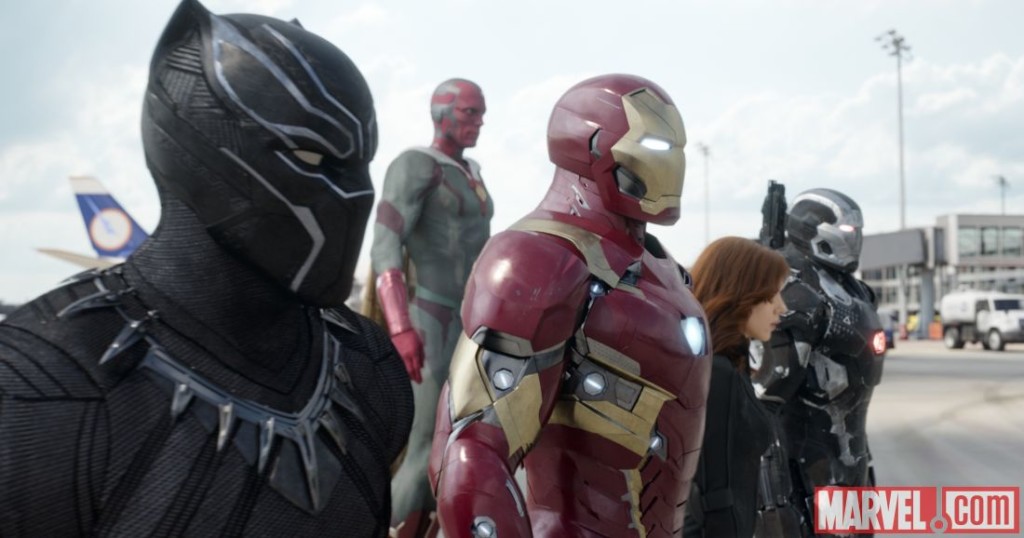 Overall, Civil War felt like pieces of a puzzle coming together in a precise order and timing. In what ultimately is a film filled with just as much heart as action, Civil War leaves us feeling as if friendship and humanity are all we really have left to fight for–but we’re still totally willing to fight for them.