CANDYMAN and 10 Other Horror Trailers That Give Us Nightmares - Nerdist

CANDYMAN and 10 Other Horror Trailers That Give Us Nightmares

Director Nia DaCosta’s eagerly anticipated and modern take on Candyman, at long last, hits theaters on August 27. But, if you can recall, the trailer made its theater debut in the Before Times a.k.a. way back in February 2020 before last thing we all saw in theaters: The Invisible Man. This means the truly creepy trailer (starring Yahya Abdul-Mateen II, Teyonah Parris, and the OG Candyman, Tony Todd) has been living in our heads rent-free for a well over a year now.

It uses some of the most effective horror movie trailer tricks that, ahem, hook moviegoers, like disturbing imagery (why the bees?) and chilling warnings (maybe don’t say his name, okay?). So, before we finally get to see Candyman, lets look back at some of the other iconic horror trailers that grabbed our attention and gave us years of nightmare fuel in just a few short moments. 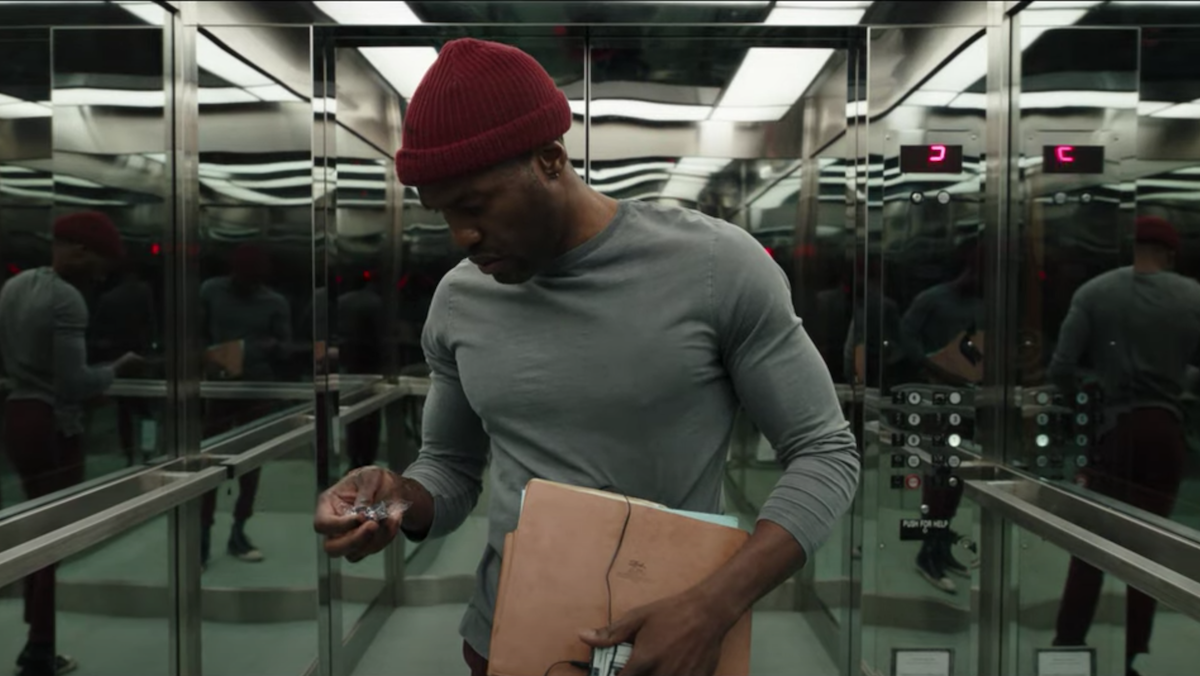 Proving there would be no sophomore slump for new horror king (and Candyman co-producer) Jordan Peele, the Us trailer sent a chill down audience’s spines with a creepy cover of Luniz’s “I Got Five On It.” Of course, nothing was scarier than the raspy warning from Lupita Nyong’o to Lupita Nyong’o and, in turn, us: “Be careful.”

One of the title cards that pops up during the utterly frightening preview for The Strangers asks, “What are you afraid of?” Oh, who knows, perhaps a masked intruder standing, silently, yet menacingly, right behind Liv Tyler? Or maybe it’s the sound of a skipping record playing a seemingly sweet lullaby while violent mayhem unfolds? To answer your question, preview, we were afraid of all of it.

Alien has, arguably, the best horror tagline of all time: “In space, no one can hear you scream.” So, it was no wonder they used it to conclude the nerve-wracking preview, which also features moments that would become synonymous with classic horror, including the extraterrestrial eggs and the interior of Sigourney Weaver and her crew’s ultimately doomed spacecraft. All of it is so intense, your heart may just burst out of your chest.

Sometimes the most rattling thing about horror movies isn’t the messed-up things that you see. It’s the unnerving sounds that you hear. Whether it’s the snap of a tree branch or the clink of a knife, you may be more inclined to plug your ears rather than cover your eyes. Case in point: the irritating and ominous pops from the mouth of Milly Shapiro in the skin-crawling Hereditary trailer.

The Conjuring franchise has become nothing short of a horror juggernaut. Some of that is likely due to the original movie’s teaser trailer and the intrigue it conjured up with audiences. This preview had it all and more: a creepy basement at night, furniture moving on its own volition, and worst of all, a pair of hands suddenly clapping behind Lili Taylor in the dark.

All good horror should make you afraid of the dark. But what happens when it basically leads to you having obscene electric bills for the rest of your life? Well, that would be thanks to the Lights Out trailer, in which Lotta Losten (who appears in the short film of the same name) turns off the lights at the end of her shift only to face a creepy silhouette. It gets closer and closer with each flip of the switch to set up a chilling scare.

The Shining has no shortage of blood-curdling images, from the twins in the hallway to Jack Nicholson bursting through a door with an axe. But the folks behind the trailer made the wise decision to just rely on one: the elevator doors opening to release gallons and gallons of blood. The preview simply leaves viewers with one haunting question: What the hell is going on in that hotel?

Nothing is scarier than parenthood, and that’s incredibly evident than in The Babadook‘s trailer. Poor Essie Davis is saddled with a seriously disturbed (and, let’s be honest, annoying) kid. And, of course, this child managed to find the one haunted pop-up book in all of England, thus unleashing an evil entity into their lives. The titular Babadook haunts this already-damaged family and, in turn, viewers who were likely telling themselves “It isn’t real, it isn’t real…” during previews.

Slow-burn horror and psychological horror can mess with you for years, but sometimes there’s nothing more satisfying than a good jump scare that sends shockwaves through your body in one single moment. Just ask Patrick Wilson and that awful red demon that pops up behind him in the Insidious trailer. In fact, that moment was so scary, even if you knew it was coming from the preview, it could still scare the hell out of you.

The four little words that changed everything: “I see dead people.” A young Haley Joel Osment’s shaky and scared confession was more than enough to propel The Sixth Sense to become an Oscar-nominated box office smash. Of course, even though we all know the shocking twist all these years later, the pitch-perfect preview can still send prickly chills down the back of our necks.