The UP House Would Need 31 Million Balloons to Actually Float

It’s one of the most indelible images from the entire Pixar library of films. We’re talking about the house from Up, lifted into the air by thousands of balloons, setting Carl and Russell off on their adventure. Of course, we know that such a thing is impossible. We chalk it all up to “suspension of disbelief.” After all, we buy into talking cars and toys that spring to life, and this is even easier to accept. But are we totally sure it’s a physical impossibility?

A new video from the Corridor Crew YouTube channel (via Digg) explores just how many balloons it would actually take to perform such a miracle. Turns out, it’s a lot more than just a few thousand. How does 31,150,319 sound? We’re not sure that many balloons even exist.

A house was actually lifted by balloons once, as the video reminds us. But it was extremely tiny and gutted of everything inside. Think of it as an oversized dog house. It’s a lot more like that than a real life human home with plumbing and furniture and all that kind of stuff. Still, it did get suspended into the air up to 10,000 feet.  So someone made the Up fantasy come true, even if they had to cut corners to do it. 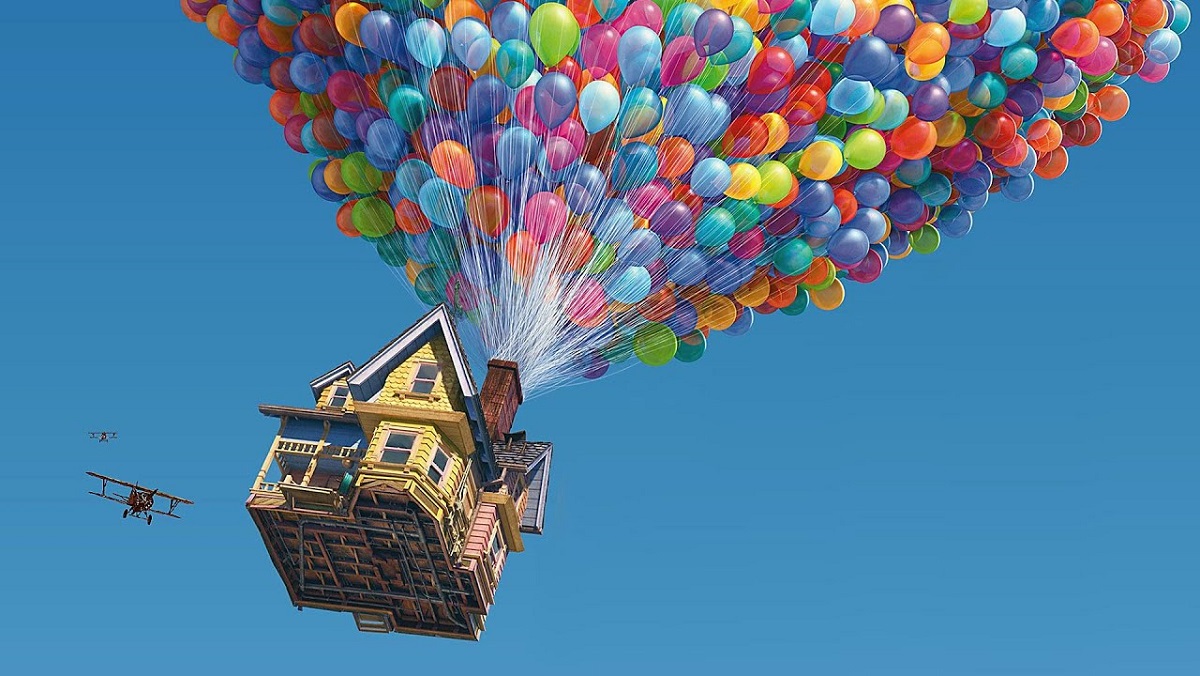 Generally speaking, though, using helium balloons? It’s probably not so much a good idea for lifting a real house off of its foundations. But a giant vacuum balloon, 75 meters wide? Now, that could conceivably do the trick here. But you know how the saying goes, “Kids, don’t try this at home.” Part of the fun of this video is seeing the VFX recreations of what it would really look like to life a house high up in the air this way. Let’s just say you probably wouldn’t want to look down.