There’s big news for people who both love David Blaine and for those who do not. The illusionist will soon float far, far away. At the end of this month Blaine will perform his first live stunt in nearly a decade. “Ascension” will take him to new heights, with a performance that looks inspired by Pixar’s Up.

On the morning of September 2, he’s going to soar high above Arizona by holding on to a whole bunch of balloons. (It was originally meant to be New York City, but they changed it for safety reasons.) Watch the video below, broadcasting the stunt live!

YouTube Originals and Verizon host the magician‘s first big live televised spectacle in almost ten years. Blaine “will bring wonder, hope and untethered possibility,” along with an undeniable element of unimaginable disaster, when he launches from New Jersey by grabbing onto giant helium-filled balloons. They will then take him on a journey high across the skyline of his hometown, New York City. It’s being billed as his “most ambitious and revolutionary feat yet.”

Part magician, part “endurance artist,” Blaine has performed a number of infamous live stunts over the years. In 1999, he spent seven days buried in a plastic box below a three-ton water-filled tank. A year later during his “Frozen in Time” stunt he came up just short of standing on a block of ice for 72 hours in Times Square. 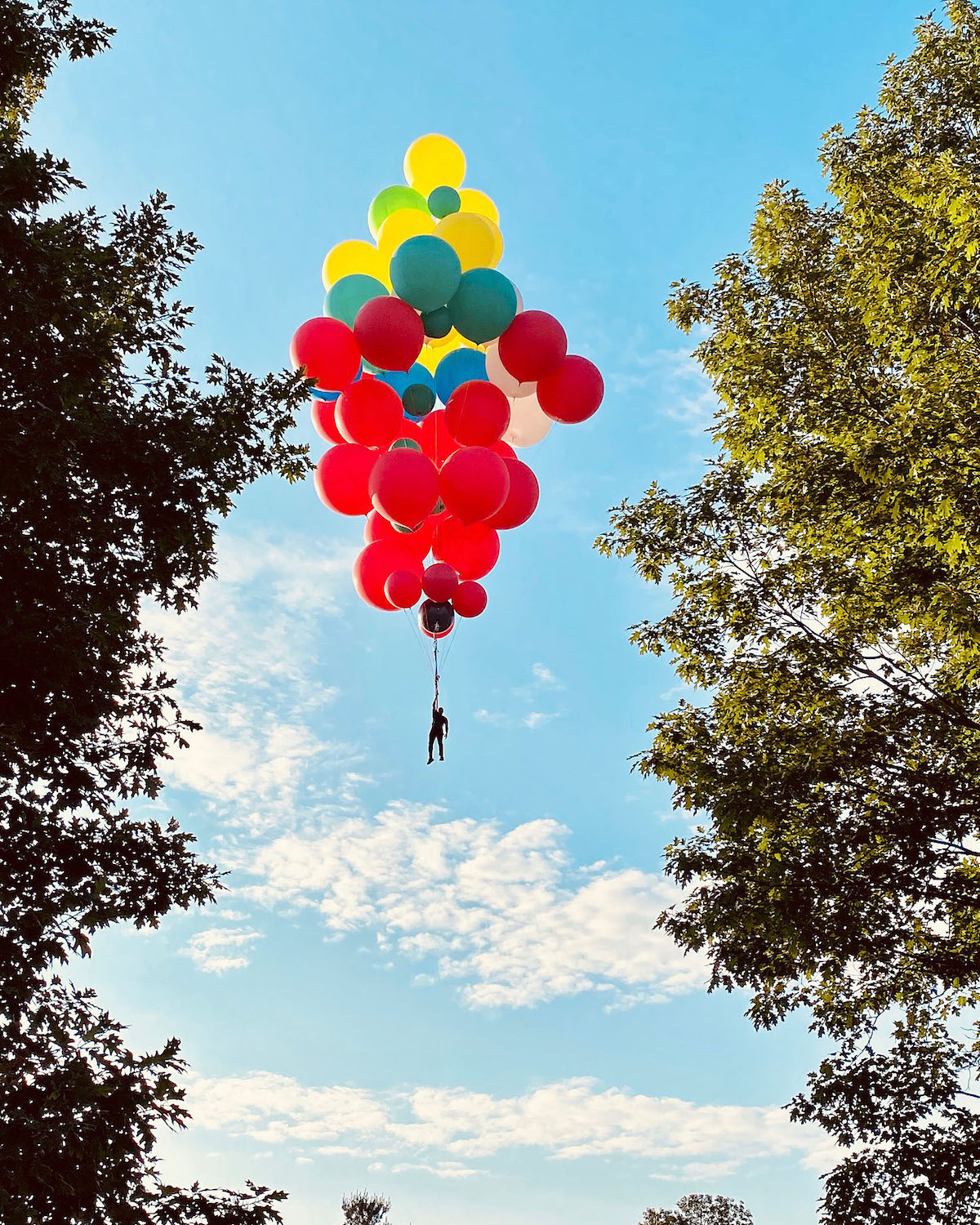 And those weren’t even that crazy. Even his smaller tricks for his TV show have frequently been…. well… shocking. He nearly died “catching” a bullet in his mouth in 2017.

But he hasn’t held a huge made-for-TV live event like “Ascension” since 2012’s “Electrified: One Million Volts Always On.” It was also broadcast on YouTube.

Whether it’s a success or not (and we certainly hope it is), this event is sure to pop on screen.