Few cult classics have the staying power, and continued bewildering charm, of 1984’s The Adventures of Buckaroo Banzai Across the 8th Dimension. It’s a mouthful, and terrible for SEO. But its sense of humor, wild concepts, and stellar cast took it from mere oddity to beloved sci-fi staple. I’ve seen it several times and I still couldn’t fully tell you what it’s about. But that doesn’t stop me from being beyond excited for the long awaited sequel. Nerdist is thrilled to reveal the next chapter in the Buckaroo Banzai saga in the form of a prose novel from Dark Horse. 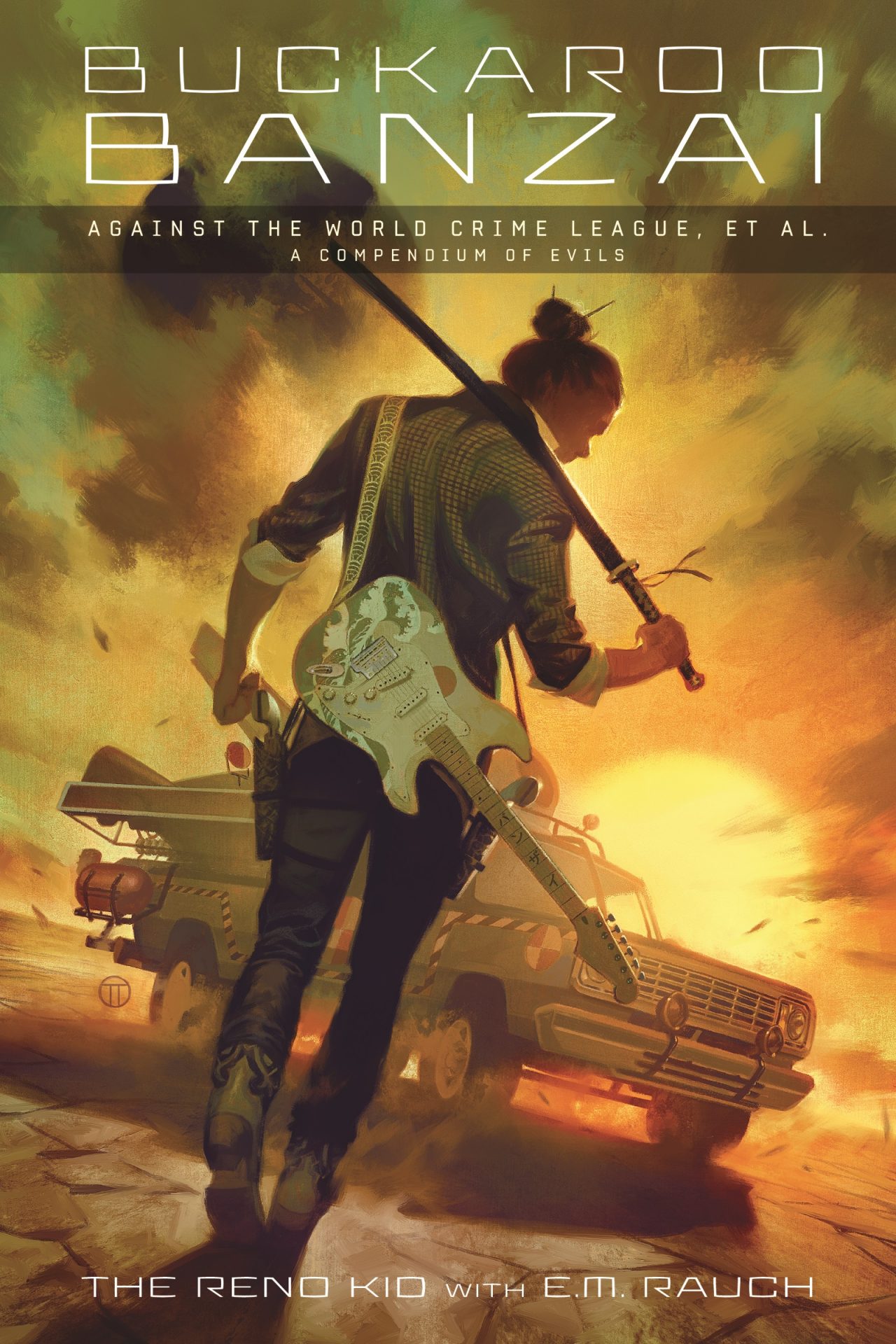 The work of the film’s original screenwriter and novelist Earl Mac Rauch, The Adventures of Buckaroo Banzai Against the World Crime League, et al: A Compendium of Evil will find the world renowned physicist, neurosurgeon, test pilot, and rock star, Dr. Buckaroo Banzai, as he finally goes head-to-head with the evil organization the end of the first movie promised.

The official synopsis is thus:

Still mourning the losses of his beloved Penny Priddy and his surrogate father Professor Hikita, Buckaroo Banzai must also contend with the constant threat of attack from his immortal nemesis Hanoi Xan, ruthless leader of the World Crime League. To make matters worse, Planet 10 warrior queen John Emdall has sent her Lectroid legions against Earth with a brutal ultimatum. Or is her true target Buckaroo Banzai? As the apocalyptic threats continue to mount, only Buckaroo and his Hong Kong Cavaliers stand in the way of global destruction—or in the words of one of the movie’s iconic lines: “Laugh-a while you can, monkey boy!”

The adventure comes to us from the Reno Kid, a member of Buckaroo Banzai’s Hong Kong Cavaliers, as told to writer E.M. Rauch. That level of meta narrative about the exploits of Buckaroo is part of the fun. Rauch wrote the novelization of the film back in 1984. After a reissue in 2002, Rauch promised a continuation of the saga in novel form. Finally, August 10, 2021 will see that promise come true. You can pre-order now wherever you get your books.