Brightest, Most Energetic Supernova Ever Has Been Found

A team of researchers has just announced the discovery of the brightest, most energetic supernova ever recorded, and the scale of the cataclysmic explosion is simply beyond imagination. The discoverers of the unprecedented supernova, which is somewhat mysterious in origin, also say that it could serve as a guiding light for studying similar events from the universe’s first billion years of existence.

A superlative supernova: SN2016aps is the most energetic supernova registered, emitting the most light, and possibly from the highest mass star seen to go bang. Nicholl et al.: https://t.co/xxbcGeUlR6 pic.twitter.com/jWGeJ6xDv7

In a paper recently published in the journal Nature Astronomy, which comes via Futurism, the researchers outline the discovery of the gargantuan supernova, dubbed SN2016aps. The actual observation of SN2016aps was made in 2016, and has since been the subject of a four-year study tracking its evolution. The team of researchers conducting the study—made up of scientists from the Harvard–Smithsonian Center for Astrophysics (CfA), the University of Birmingham, Northwestern University, and Ohio University—collected much of their data from the Panoramic Survey Telescopes and Rapid Response System ( Pan-STARRS) located in Hawaii.

According to the paper, SN2016aps was found offset from the center of a low-mass galaxy located roughly 3.6 billion lightyears away from Earth, and is described as a “superluminous” type IIn supernova. The event qualifies as superluminous because it is at least 10 times more luminous than a standard supernova. In fact, SN2016aps was such an energetic explosion, and produced so much radiation, that it outshines an average supernova by a factor of 500. 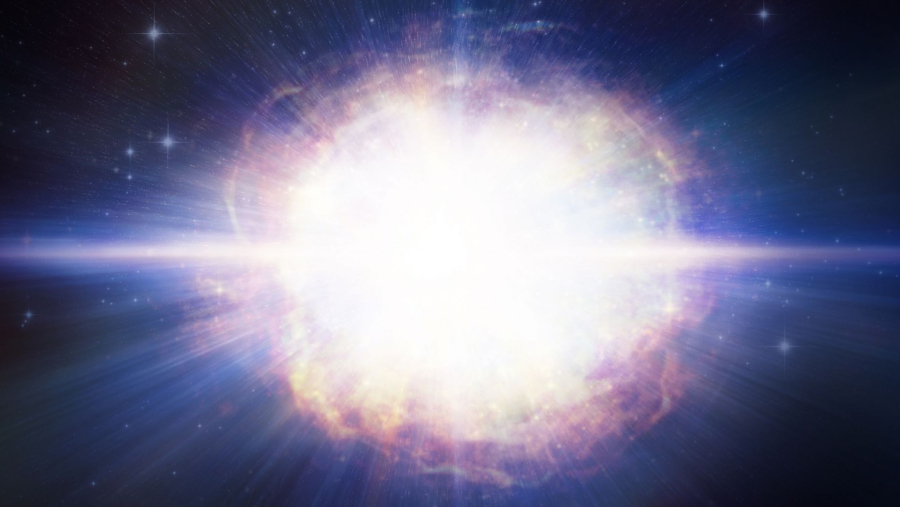 An artist’s illustration of the superluminous supernova. M. Weiss

“SN2016aps is spectacular in several ways,” Edo Berger, Harvard University professor and co-author on the paper, said in a CfA news post, adding that it’s not only “brighter than any other supernova we’ve ever seen, but… has several properties and features that make it rare in comparison to other explosions of stars in the universe.”

Supernovae are extremely powerful, extremely bright explosions, which essentially serve as the “death” of stars that have masses falling in a particular range. Although supernovae can happen in multiple ways, they are all a result of what occurs in the core of a star. The following description from NASA’s Space Place is pretty succinct:

“A star is in balance between two opposite forces. [A] star’s gravity tries to squeeze the star into the smallest, tightest ball possible. But the nuclear fuel burning in the star’s core creates strong outward pressure. This outward push resists the inward squeeze of gravity. When a massive star runs out of fuel, it cools off. This causes the pressure to drop. Gravity wins out, and the star suddenly collapses…. The collapse happens so quickly that it creates enormous shock waves that cause the outer part of the star to explode!”

The researchers studying SN2016aps say that it is probably a pulsational pair-instability supernovae, and was due to the explosion of a massive star that was made from the merger of two, less massive stars. Prior to exploding, this massive star shed a shell of gas as it pulsated violently, trapped between the outward pressure of its core (which is constantly creating explosions as it fuses atoms) and the inward pressure of gravity. Then, when the massive star finally collapsed and went supernova, the resultant explosion ran into the already emitted shell of gas, which caused much of the explosion’s energy to be emitted as radiation. 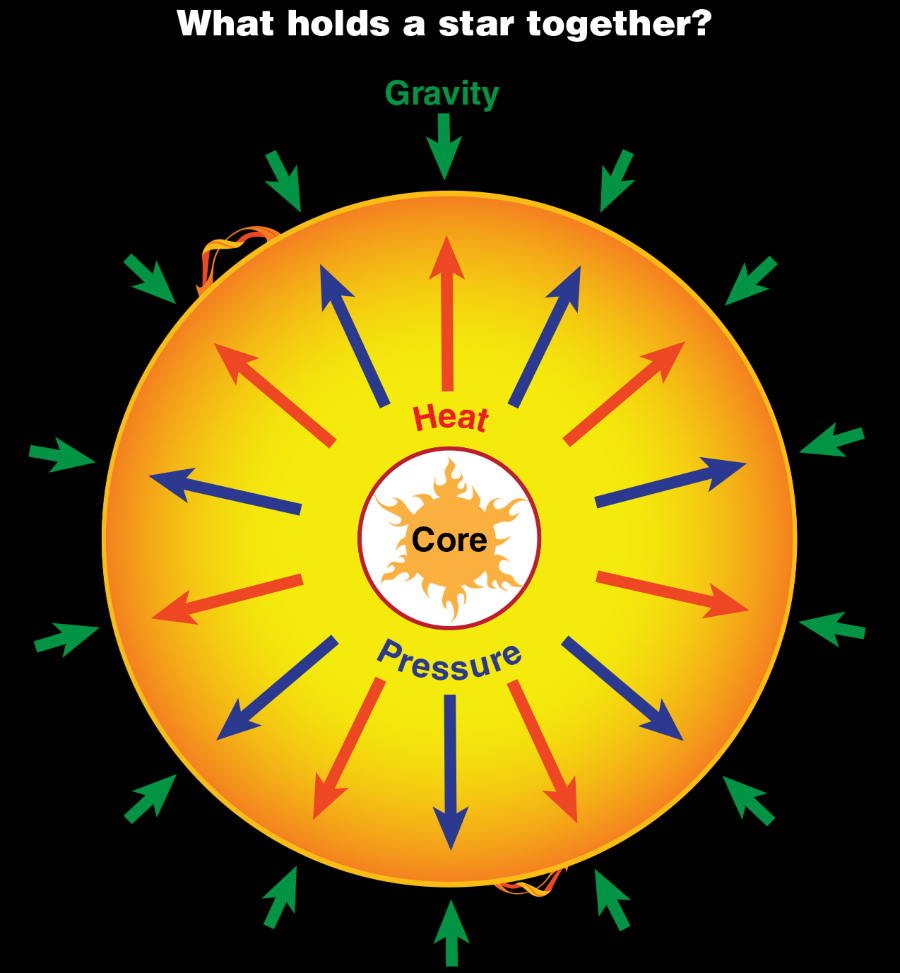 The opposing forces holding a star together. NASA

Matt Nicholl, of the University of Birmingham and lead author of the study, told CfA that “The collision of the explosion debris with this massive shell led to the incredible brightness of the supernova…. essentially [adding] fuel to the fire.”

It was this collision between the exploding, massive star and the shell of gas it emitted prior to its explosion that made SN2016aps brighter than the average supernova. While radiation (the emission of energy as electromagnetic waves) usually only accounts for about one percent of a supernova’s total explosion energy, this collision between explosion and gas shell meant that SN2016aps radiated about half of its total energy, or 50 times the normal level.

BOOM! 💥 "SN2016aps is believed to be an example of a 'pulsational pair instability' supernova. The explosion energy of SN2016aps was ten times that of a normal-sized supernova." #astronomy https://t.co/g38BJ5HqL5

Looking forward, the researchers involved in the discovery and subsequent study of SN2016aps are hoping that the event will help them look backward in time. Berger told Space.com that because we now know such energetic explosions occur in nature, “NASA’s new James Webb Space Telescope will be able to see similar events so far away that we can look back in time to the deaths of the very first stars in the universe.”

What do you think about this brightest-ever supernova? Do you think we’re likely to find brighter supernovae when the James Webb Space Telescope is up and running, or is this indeed the brightest supernova humans will ever discover? Blow up the comments with your thoughts, people!