Earth May Have a New Mini-Moon in Its Orbit! - Nerdist

Earth May Have a New Mini-Moon in Its Orbit!

Several planets in our solar system are famous for distinctive features. Saturn has its wondrous rings and Jupiter has its famous red spot, while Uranus has its many moons and planets like Mercury have no moons at all. Earth’s main claim to fame is it being the only planet in the solar system with the perfect conditions for human life and a single moon, both of which make it a pretty special place for use to call home. But, there’s a chance that Earth could have another moon hanging out in its orbit for now. CNET reports that Catalina Sky Survey astronomers in Tuscon, AZ has its eyes on an asteroid hanging out in Earth’s gravity. It’s possible that this body of rock could be a mini-moon orbiting our planet, which means Earth would have two moons. That’s pretty cool, right?

One astronomer, Kacper Wierzchos, revealed the interesting information via his personal Twitter page along with a name for the mini-moon: 2020 CD3. Wierzchos and his teammate Teddy Pruyne observed the possible mini-moon on February 15 and even shared a GIF of the discovery images. It basically shows the object blazing along a path in space. He also revealed a diagram of the object’s orbit created in an orbit simulator written by Tony Dunn. 2020 CD3 is between 1.9 and 3.5 miles in diameter and has been in Earth’s orbit for around three years.

(2/3) The object has just been announced by the MPC and its orbit shows that it entered Earth's orbit some three years ago. Here is a diagram of the orbit created with the orbit simulator written by Tony Dunn: pic.twitter.com/2wsJGtexiO

The average person might think that asteroids would get trapped in Earth’s gravitational pull on a relatively frequent basis. There are a million of them floating in space, after all. But, according to Wierzchos, 2020 CD3 is only the second asteroid to orbit Earth after 2006 RH120, which was also discovered by the Catalina Sky Survey.

(3/3) The object has a diameter between 1.9 - 3.5 m assuming a C-type asteroid albedo. But it's a big deal as out of ~ 1 million known asteroids, this is just the second asteroid known to orbit Earth (after 2006 RH120, which was also discovered by the Catalina Sky Survey).

The previous asteroid made an appearance 14 years ago and stuck around for only 18 months. It’s been twice as long for 2020 CD3, so maybe there’s a chance that it won’t leave us any time soon. Wierzchos did use the word “temporary” in his tweet so its not likely that this mini-moon will become a permanent fixture in Earth’s orbit.

UPDATE 02/28/20: A colorful photo of the mini-moon was released by the International Gemini Observatory. 2020 CD3 is the circular spot in the middle of the photo. 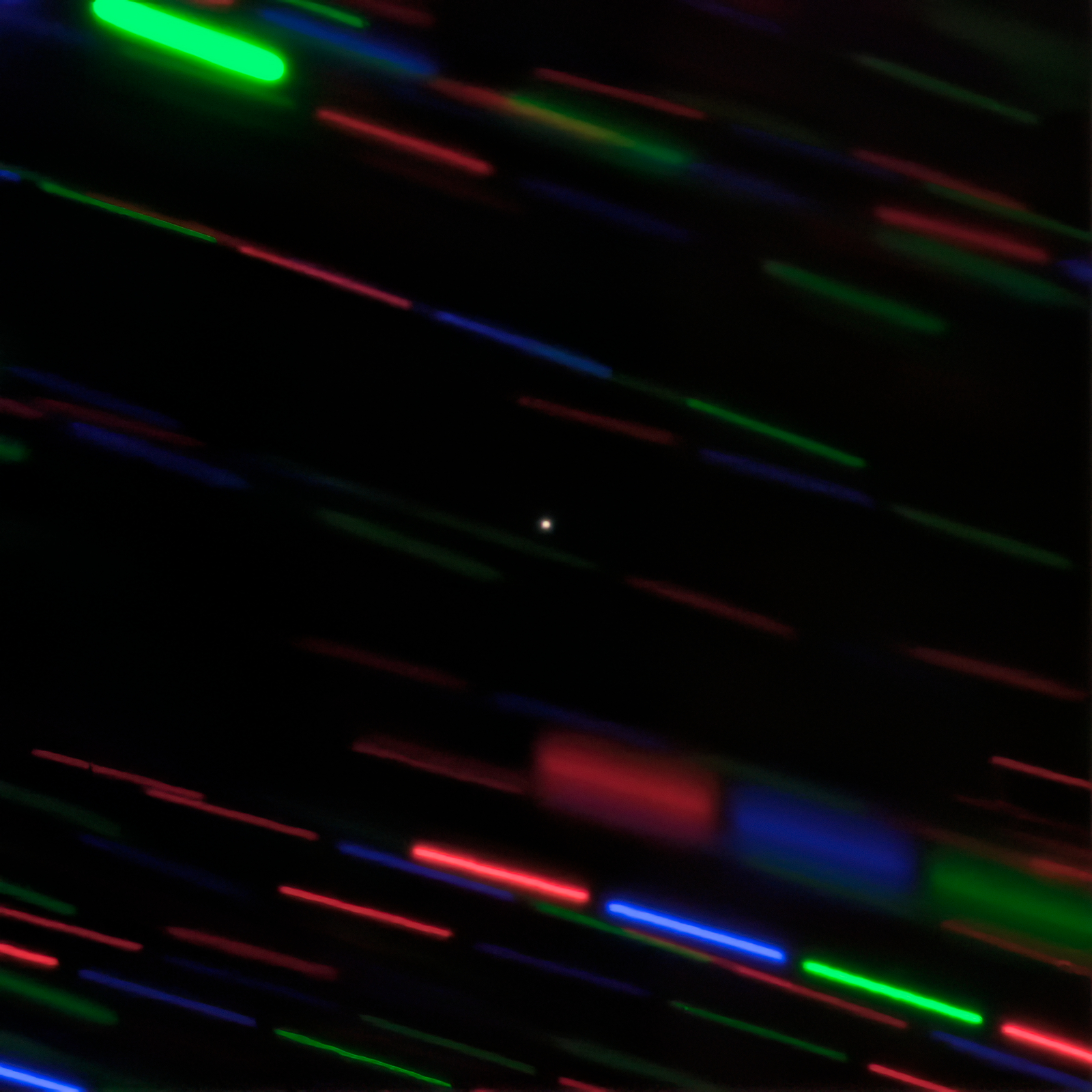 The International Astronomical Union Minor Planet Center also has detailed information about the mini-moon, including a chart of observations over the past few days. Of course, you’d have to speak the lingo of an astronomer to be able to understand anything but at least you know that someone is keeping an eye on the mini-moon. In a world full of often terrible news, awesome science always has a way of delivering some new fact or discovery that sparks a lot of joy.

It would be great if Earth can keep this mini-moon, but space is wide, strange, and does whatever it wants to do so we will have to wait and see how long 2020 CD3 hangs out. Until then, it’s our new little moon and we will protect it at all costs.