At first glance, it may be tough to know what to make of Netflix’s limited series Brand New Cherry Flavor. The opening moments of the new trailer amble about images of haunting busts before laser-focusing on an even-more-haunting Catherine Keener. And it’s at this point when, though we’re still mostly in the dark, we’re at least willing to offer our attention. Catherine Keener in a fur coat, cradling a hairless kitten, offering to “hurt someone” for young Rosa Salazar. That’s enough reason to check out the first episode, at the very least.

Things only get weirder, creepier, more sinister, and more supernatural from there. The trailer careens from one disturbing concept to the next. Demons gyrating in the shadows; cats feasting on the carcass of a coyote; a man set to fire seemingly out of nowhere; the head of a scarecrow monster; and, once again, Catherine Keener with blood dripping from her mouth. Okay, two episodes guaranteed. 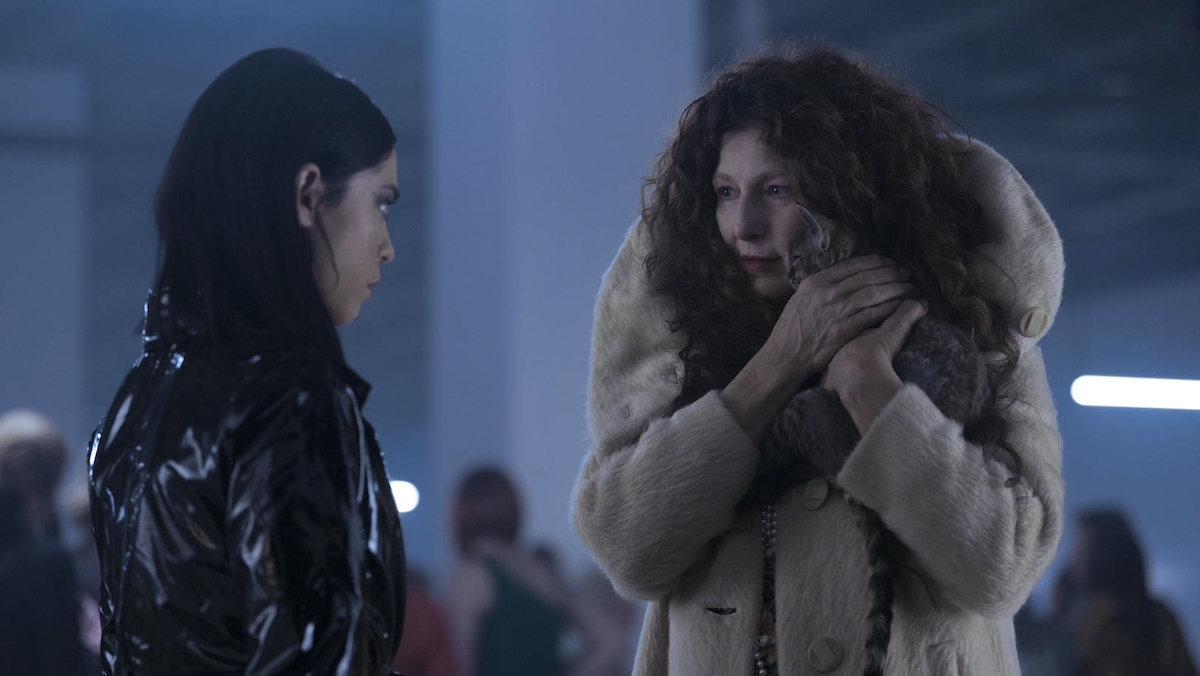 If you require a little more context before committing, Netflix’s press release includes the following summary:

Lisa N. Nova (Rosa Salazar) comes to LA dead set on directing her first movie. But when she trusts the wrong person and gets stabbed in the back, everything goes sideways and a dream project turns into a nightmare. This particular nightmare has zombies, hit men, supernatural kittens, and a mysterious tattoo artist who likes to put curses on people. And Lisa’s going to have to figure out some secrets from her own past in order to get out alive.

Netflix has only just wrapped up the roll-out of its horror movie trilogy Fear Street. And already it appears to be moving onto the next chilling event of the summer. Brand New Cherry Flavor seems to be veering the way of David Lynch—transposing the world of Hollywood over the notion of the demonic. It all looks pretty exciting, so we’ll be tuning in when it drops on August 13.