Everything We Know About THE BOOK OF BOBA FETT

The Mandalorian‘s second season brought in familiar faces from around the Star Wars galaxy. But one guest became much more than a cameo: Boba Fett. The bounty hunter who first appeared in the Star Wars Holiday Special and then in The Empire Strikes Back apparently escaped the sarlacc on Tatooine. He’s back with his armor and as the end of The Mandalorian season two finale revealed, he returned to the desert planet and killed Bib Fortuna. A new Disney+ series, The Book of Boba Fett, will follow the character. Here’s everything we know about the series so far. 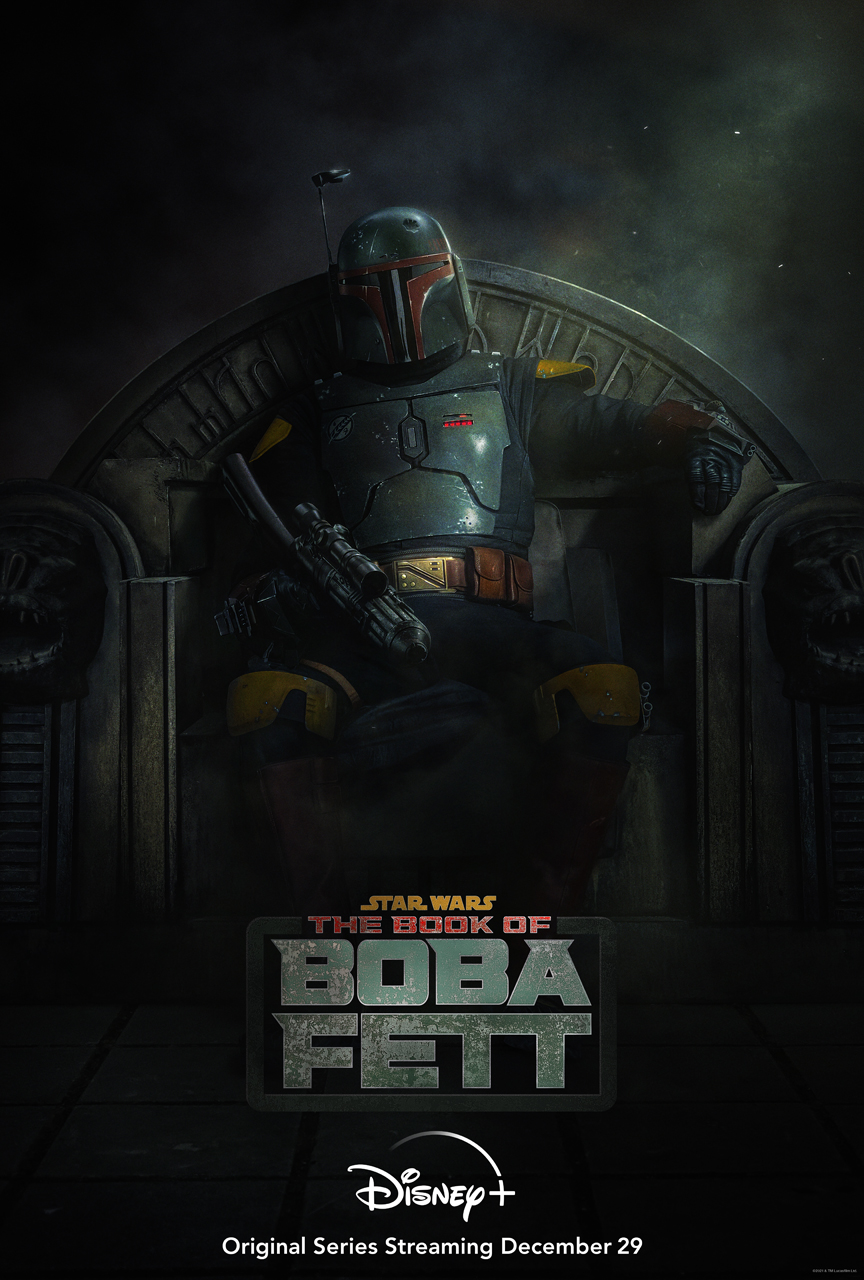 The Book of Boba Fett is not season three of The Mandalorian. Just so we’re clear. Lucasfilm hasn’t officially spilled any details about the plot, but since Boba established himself in Jabba the Hutt’s palace, we expect criminal organization shenanigans. Boba Fett occupies a powerful throne now. He could make decisions that ripple out across the galaxy.

Unofficially, Temuera Morrison shared some details with Rotten Tomatoes in a June 2021 interview. Morrison said we’re going to see Boba’s past. Specifically, Morrison explained, “We’re going to see his past and where he’s been since The Empire Strikes Back. Somebody pointed out he’s been kind of stuck in this one place, and now’s the time to actually go back in time and check out his journey and find out more about him.”

Disney+ also released the first trailer for The Book of Boba Fett, showcasing some of its main characters and settings.

Every galaxy has an underworld… “The Book of Boba Fett,” a thrilling Star Wars adventure teased in a surprise end-credit sequence following the Season 2 finale of “The Mandalorian,” finds legendary bounty hunter Boba Fett and mercenary Fennec Shand navigating the galaxy’s underworld when they return to the sands of Tatooine to stake their claim on the territory once ruled by Jabba the Hutt and his crime syndicate.

An additional look at the show offers this insight. Boba Fett shares, “Jabba ruled with fear. I intend to rule with respect.”

He certainly commands the room, but respect is often hard-earned. We’ll just have to wait and see how he fares.

The series filmed during the end of 2020 into 2021 and has already wrapped. 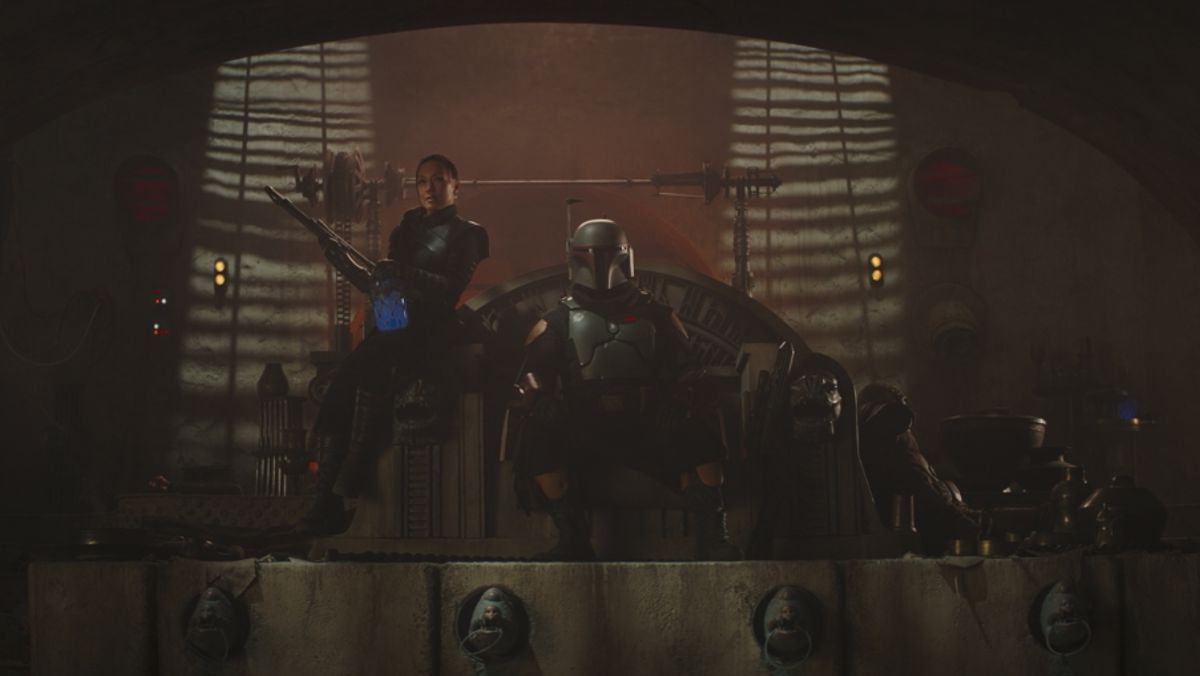 Temuera Morrison will of course reprise his role as the titular character. He first played Jango Fett in Attack of the Clones (the late Jeremy Bulloch portrayed Boba Fett in the original trilogy). Ming-Na Wen’s Fennec Shand stood by Boba’s side in The Mandalorian, and we’ll see more of her too. As for other cast members, only time will tell.

For now, Disney+ has released a further look at Fennec Shand and Boba Fett in costume.

The Book of Boba Fett will arrive on Disney+ on December 29. The series will be seven episodes long.