Yo, listen up! Blue’s Clues has been hitting the nostalgia hard for its 25th anniversary. And it’s showing no signs of stopping any time soon. First, Steve returned to us after ghosting for many long years, then  he gave us a hug, and now we’re getting a Blue’s Clues remake of the hit ’90s song, “Blue.” This remix is titled “I’m Blue.”

“Blue” by Eiffel 65 became an anthem during the ’90s and inspired tons of debate about whether or not the lyrics were bashing green or not. But, the song has never been sung quite like this. It honestly makes a lot of sense, though. And we’re surprised it took “Blue” this long to find its natural counterpart, Blue.

The fact that Eiffel 65 appears to have returned to create this remix comes as an awesome bonus. While the original ’90s hit feels a little bit sad, “I’m Blue” is anything but melancholy.

Yo, listen up, here’s a story.
About a little puppy that lives in a blue world.
And all day and all night, she often likes to leave lots of clues,
All around. Inside and outside.
She’s Blue!

The song then incorporates Blue’s famous vocalizations instead of the traditional “Da ba dee da ba di.” It’s a modern take, but we appreciate it. 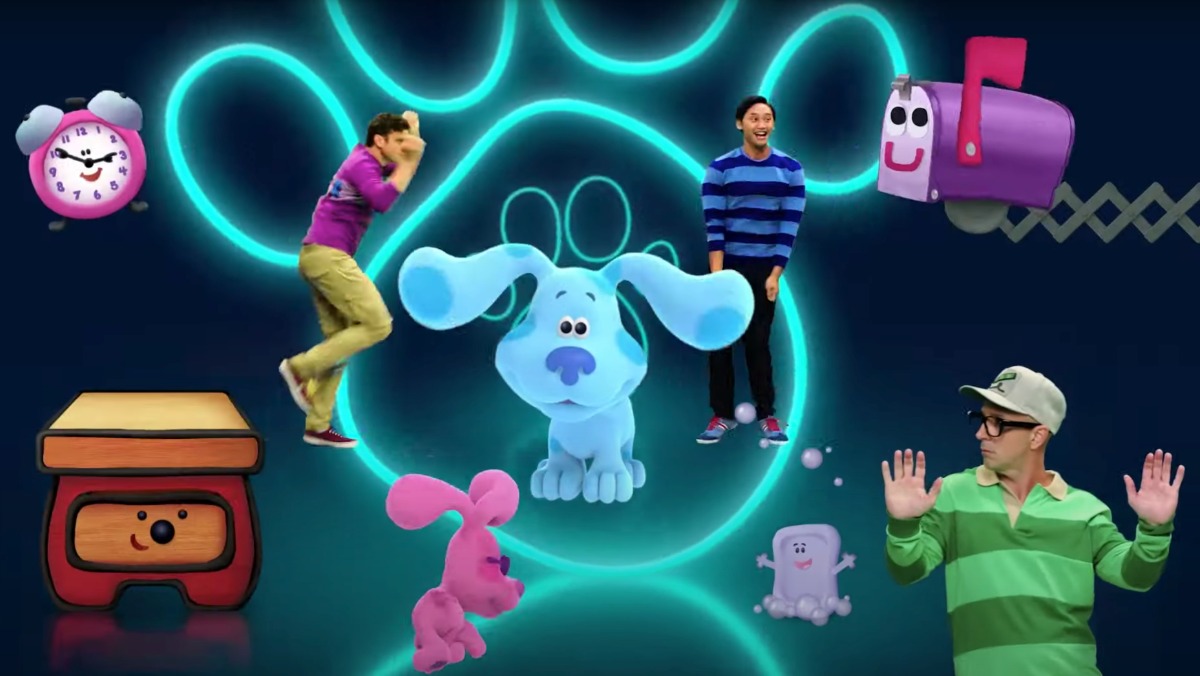 The video also features Blue dancing and bopping to her song. And, of course, her favorite humans join her: Steve Burns, Donovan Patton, and current host, Josh Dela Cruz. But, of course, Blue’s non-human friends participate in the fun as well. Mailbox, Slippery Soap, Tickety Tock, Sidetable Drawer, Magenta, and more join in the excitement. It makes for quite a sight to behold. And it definitely gets stuck in your head. This remix will likely please many generations all at once.

Blue’s Clues has accumulated many jingles and iconic sound bites over the years, and we’re glad to add this one into the mix. The video also reminds you to check out the show  Blue’s Clues & You. Now good luck singing anything else all day.