BLOODSHOT Should Have Stayed on the Slab (Review) - Nerdist

BLOODSHOT Should Have Stayed on the Slab (Review)

About a third of the way through Bloodshot, the new Vin Diesel comic book adaptation, I noticed something weird. Amid yet another strangely edited, oddly paced scene where nothing really happens, I started feeling like something was off. Something else, I mean. For a lot of this movie, I wasn’t actually watching Vin Diesel very much. His character, Ray Garrison, a dead soldier turned into a super weapon via nanobots in his blood, is on screen a lot. His, I guess I’ll say journey, is the focus of the film. But, it’s not always Vin Diesel.

Yes, just about any time we see Bloodshot on screen and it’s not a shot specifically of his face, it’s clearly a bald, hulking body double. And it’s not just a “well, you can usually see stunt doubles” kind of way. There’s a scene in which our freshly reborn super soldier tests out his new strength bby punching a concrete pillar in the scientific research facility. When the shot was head-on or off to the side, where you could clearly see the person’s face, it was obviously Vin Diesel. When it was from behind, it obviously wasn’t. This continued throughout the movie. During dialogue scenes with co-star Eiza González or Talulah Riley, over their shoulders it’s Vin; over “his” shoulder, it’s not him.

I couldn’t focus on anything else, really. This is largely because it’s shocking that in 2020 stand-ins would be so blatant—not to mention, how shitty you can’t even act opposite your costar when it’s their close-up—but also because nothing much else in the movie was worth paying attention to. 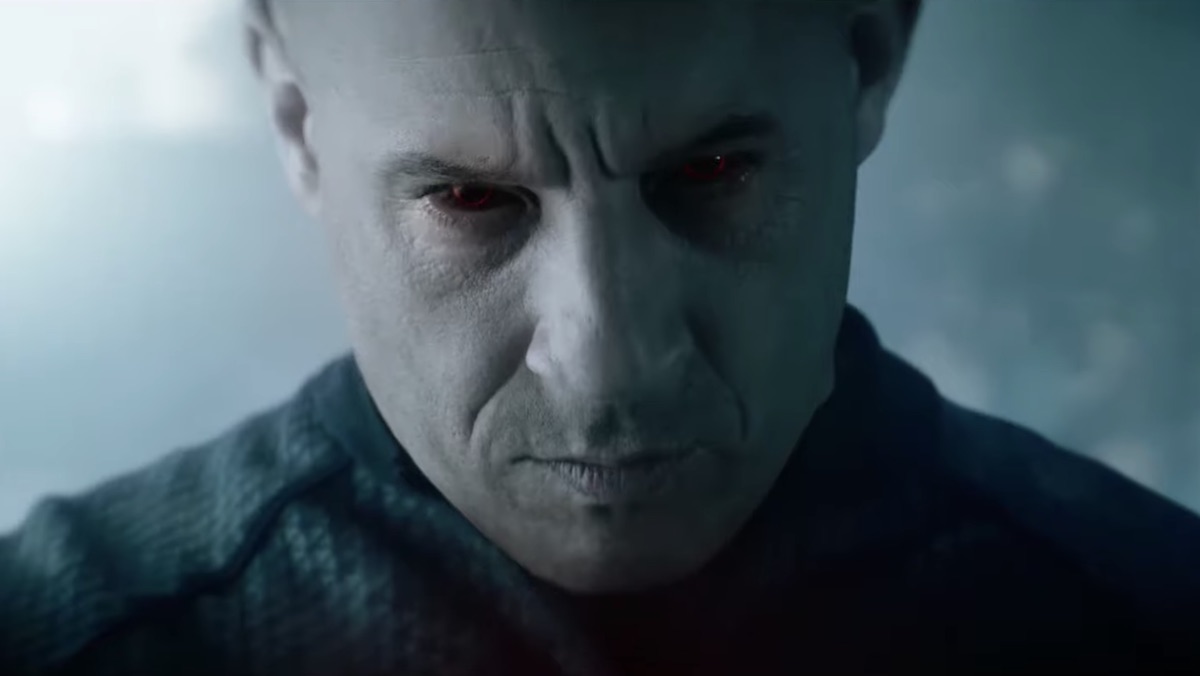 Bloodshot is the first movie in the proposed Valiant Cinematic Universe. At once, it’s about a family man’s search for revenge and a company’s inability to control its property. Garrison’s wife (Riley) is killed in the movie’s pre-credits scenes by the psychopathic Martin Axe (Toby Kebbell) because of the soldier’s most recent mission. After vowing revenge, Garrison similarly takes a bullet and wakes up in the RTS facility. Dr. Harting (Guy Pearce) specializes in robotic enhancements to wounded soldiers; KT (Gonzalez) breathes via an air-filtration system in her chest, and Dalton (Sam Heughan) now has advanced robotic legs after losing his in battle. But Garrison is different.

Our hero’s blood supply is replaced with nanite robots which quickly fix massive physical trauma. They also enhance his strength, and because it’s convenient, they can instantly check the internet for things. Once his memory of his wife’s death returns to him, he decides to go off to wipe out Axe (and his hired mercenaries) himself. Bloodshot is a one-man death squad. 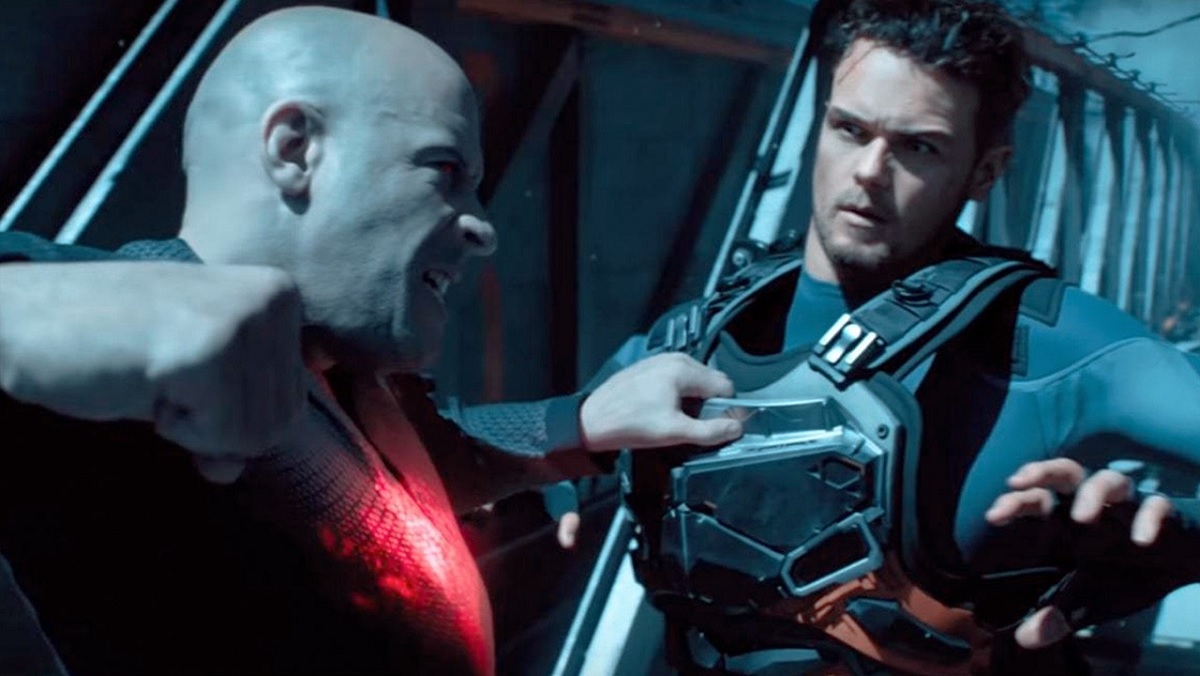 The movie’s lone clever twist, which the trailer spoils, feels like it happens way too soon. As a result, the rest of the movie has an odd pace; we meet new main characters quite late, and the ultimate resolution feels very rote and absurdly predictable. But this shouldn’t matter; this is an action movie where your hero’s blood heals him instantly. There should have been wall-to-wall fight sequences. As it is, there are only really three of note. The first, a fairly exciting fight in a red-lit tunnel; the second, a chase through the streets of London; and the third, a downright Man of Steel-ish fight on an elevator on the outside of a giant building.

On the surface, these are fine action sequences. Except, the first scene does that infernal speed-ramping thing, and the second is so erratic it’s impossible to tell where anything is. The last one employs noticeable “CGI people fighting” action that would look at home in The Matrix Reloaded. This is director Dave Wilson’s first feature film, previously a cinematic and trailer director for various video games. It shows; anything memorable looks like it could have been a video game cut scene.

We barely know the characters, we hardly understand the plight, and everything unfolds so painfully safe. Gonzalez and Pearce are fine; Kebbell is totally wasted. Heughan’s performance goes from gum-chewing soldier boy to wild-eyed maniac for seemingly no reason. The only one actually having fun is Lamorne Morris who gets to wear pajamas and perfect his Don Cheadle in the Oceans movies accent. And Diesel, when it is actually Diesel, is more of a concrete block than the pillar he some-of-the-time punches.

While the overall experience is a shrug, it’s a joyless one with a superstar lead who can’t even be bothered to appear in the entire movie.