Along with the cinematic trailer, Blizzard also released a gameplay trailer, which glimpses new maps, “highly replayable co-op” missions, leveling up heroes with new abilities, customization of new abilities, an updated artistic look for the game, as well as a new hero. The new hero, Sojourn, is a former captain of Overwatch, who’s armed with cybernetic enhancements and some serious firepower. (Kaplan obviously confirmed Sojourn’s existence, but said that he didn’t want to talk about her in detail just yet.)

Kaplan went out of his way to highlight the fact that Overwatch 2 will come with “a ton of PvE content,” including story missions that will take place all over the world. The first to be announced is Rio de Janeiro, which will be playable for attendees of the convention. Kaplan noted that the PvE content will be similar to adventure mode in the Diablo game series. (Blizzard also announced Diablo IV at the BlizzCon event.)

Overwatch 2 builds on the award-winning foundation of epic competitive play, and challenges the world’s heroes to team up, power up, and take on an overwhelming outbreak of threats around the globe.

Kaplan also discussed (albeit in scant detail), new additions to Overwatch PvP. The new installment will still, of course, contain the team versus team six-on-six competitive experience, but will also add a new “core competitive game mode” dubbed “Push.” Kaplan said that Push will be considered “core” PvP gameplay because it will be played in the global Overwatch League (OWL).

Along with Sojourn, Kaplan noted that there will be other new heroes added to the game, but gave absolutely no hint as to who they may be. However the the game’s lead designer did note players of the original Overwatch will have access to the new heroes, new maps, and new shared multiplayer environments. He noted that Overwatch 2 will be a game where “nobody gets left behind.” That also means Overwatch 2 will contain all the cosmetics players earned in the first game. 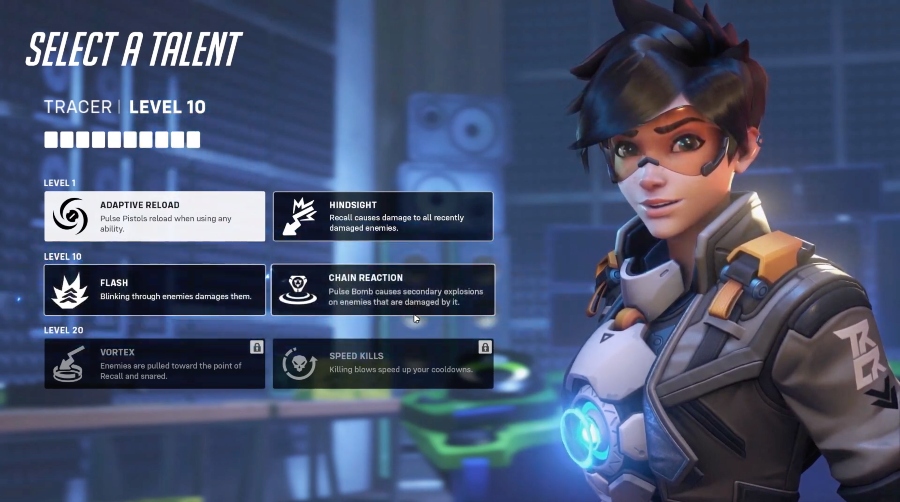 A look at the character abilities screen.

What do you think about this Overwatch 2 announcement? Are you more excited for the new heroes, new PvE content, or just more footage of Winston being a total beast? Let us know your thoughts in the comments!