For fans of classic British science fiction, there are a few names that always pop up.  Doctor Who, naturally, stands head and shoulders above everything else. Other favorites like Sapphire & Steel, The Prisoner, and the shows of Gerry Anderson pop up as well. But for a certain age of fan, the cream of the crop is Blake’s 7. The show was the BBC’s direct attempt to capitalize on the success of Star Wars. Blake’s 7 ran for four seasons from 1978 to 1981 and has been pretty hard to find in North America lately. That is, until now. The entire series will debut on BritBox beginning August 13. 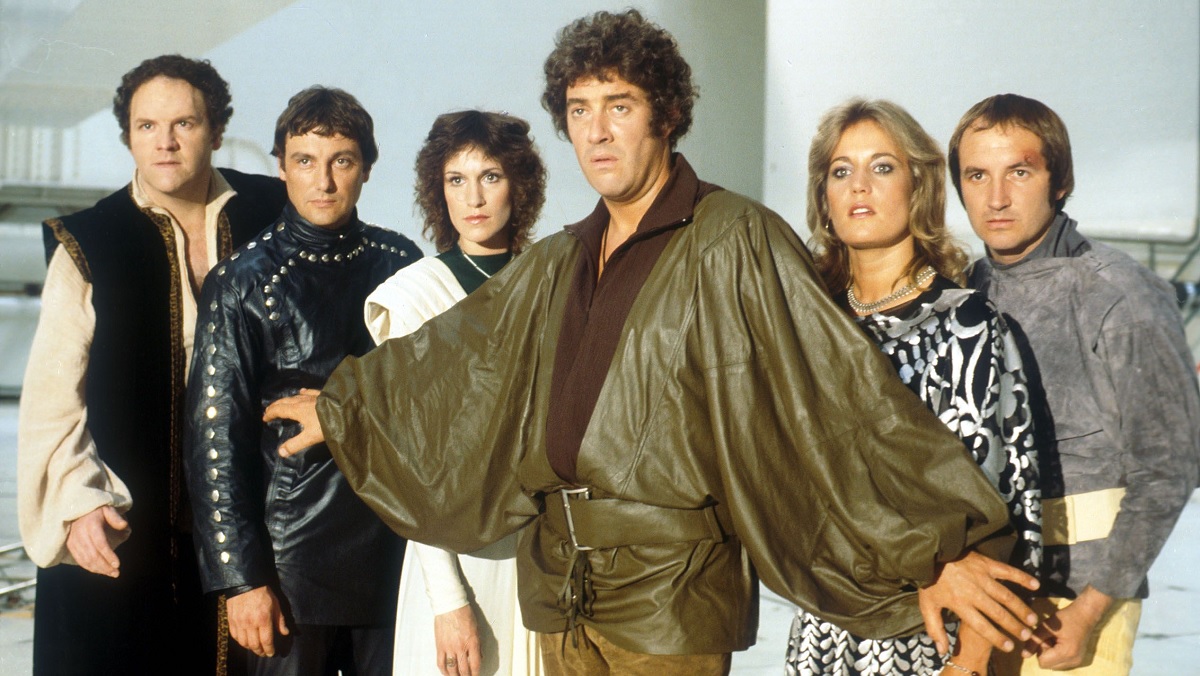 Created by Terry Nation, the creator of the Daleks, Blake’s 7 is a dark space opera about a dystopian future society ruled by a totalitarian regime called the Terran Federation. They use drug pacification, brainwashing, and heavy surveillance to keep citizens in line. Roj Blake (Gareth Thomas) is a political prisoner at the beginning of the series. He escapes along with two other prisoners, Jenna Stannis (Sally Knyvette) and Kerr Avon (Paul Darrow), aboard a technologically advanced alien spacecraft. Eventually, they pick up more criminals (seven in total). Together they begin a campaign to disrupt, irritate, and hopefully destroy the Federation.

The good folks at Big Finish, tied to their line of audio dramas, produced this handy video giving you the show’s basic set-up.

While Star Wars may have given the BBC leave to produce a space opera, Blake’s 7 stands alone. Beloved for its harder edge and darker themes, it’s a mix of Robin Hood and The Dirty Dozen. In space! The character of Avon has specifically become a fan-favorite antihero over the years. If you’ve watched and enjoyed the Tom Baker years of Doctor Who, you’ll find a lot to love in Blake’s 7. Especially if you like your sci-fi dramas on the nihilistic side.

All 52 episodes of Blake’s 7 will drop on the BritBox streaming service on Friday, August 13. Get in, and enjoy the ride.