Meet The BIRDS OF PREY In This Kickass New Trailer

It’s only a few weeks until the first comic book film of the year hits theaters and in an unusual turn of events it’s an R-rated, female fronted, Gotham-set galavant produced by Margot Robbie and directed by Cathy Yan. Of course, we’re talking about Birds of Prey and the Fantabulous Emancipation of one Harley Quinn. Some fans had been worried that the film was going to ignore the other members of the reimagined girl gang but a new trailer gives us a whole lot of BOP action as well as an insight into the film’s narrative.

If you’ve been following the movie, you probably knew that it centered on Harley Quinn as she deals with a breakup from her beloved ex-boyfriend, the Joker. But in this extremely good and enjoyable new teaser we see that she apparently kills him, crashing his car into the Acme factory where he first became the famous antagonist. Harley Quinn killing Joker is probably the coolest thing ever put to screen so we’re now 1000 perent sold. Worth mentioning here that the Joker she killed is more than likely the terrible Suicide Squad introduced Jared Leto iteration so don’t worry (or celebrate) too much about your favorite R-Rated, faux arthouse, potentially Oscar-winning version of the villain being dead. 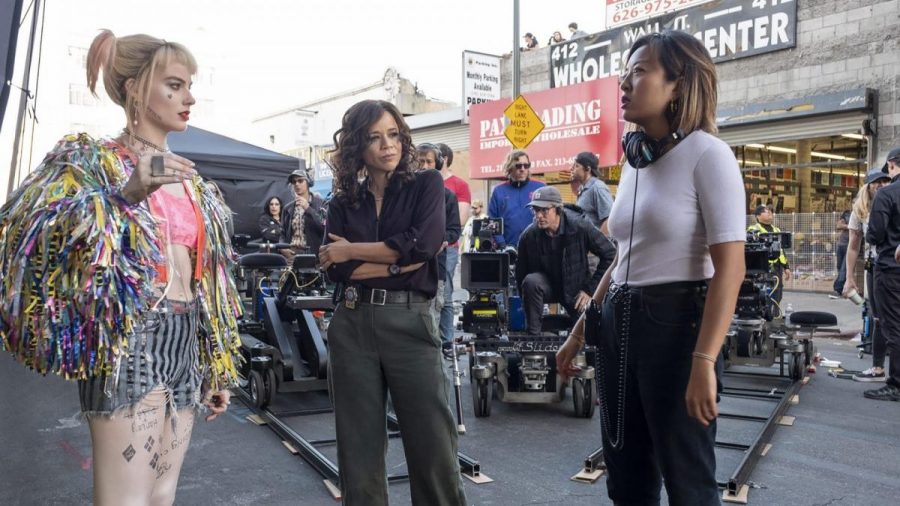 After the “accident” we see Harley on a self destructive streak until she realizes that her romantic entanglements have put her in the crosshairs of some of Gotham’s most notorious villains. Cue Ewan McGregor’s Black Mask, who makes an appearance here (in a completely comics accurate mask) alongside Chris Messina’s Victor Zsasz. It looks like Cass Cain (Ella Jay Basco) pickpocketed a diamond from the latter who isn’t too happy about it and Harley is on their radar, anyway, so… TEAM UP!

We also get our first proper look at the Birds of Prey in action here, with Huntress (Mary Elizabeth Winstead) getting some good stabbing whilst going down a slide action. Speaking of which, we also get our first real look at Black Canary’s Canary Cry as Jurnee Smollet Bell’s lounge singer takes down a crew of baddies with her powerful voice. Something that really stands out with this trailer is how much it’s embracing the comic book aspect that so many of the recent super hero films have desperately tried to ignore or distance themselves from. Here, though, we’re getting non stop comic book accurate costumes and powers as well as a Looney Tunes sensibility.

We also get a glimpse at the incredible practical fun house set that we saw when we visited the set last year where it looks like some kind of killer showdown will take place with the Birds of Prey taking on a group of masked villains. Basically this trailer has assuaged our worries about the Birds of Prey not getting any play as well as treating us to some Bjork-set ultra violence featuring a whole bunch of badass women beating a whole bunch of grimy dudes. We love it!!!