Harley Quinn fans rejoice! Her self-titled new animated series is making a splash online, but a lot of fans have missed out on the action for a good reason. Harley Quinn is available on DC Universe—yet another streaming service that includes a small paywall to access content. But, there appears to be hope for those who want easier access to Harley content because the first episode of Harley Quinn is on YouTube. That’s right, you can get a free peek into the hilarious series for the great price of free ninety-nine.

There’s a little editing on the more hardcore curse words but otherwise it is the exact same debut episode. It’s a weird choice to bleep out words on YouTube, especially when you can clearly fill in the blank and it’s clearly not for kids. But, what does this episode being available to non-DC Universe subscribers mean?

It could be a way to lure in curious viewers who are wondering if this series warrants adding another streaming app to their phones. If they see Harley Quinn and like it, perhaps they will sign up to see what happens next. DC Universe has other things to offer besides Harley Quinn but one solid show can be enough to bring in a host of new subscribers.

It could also be a sign that the DC Universe app or Harley Quinn (or both) aren’t performing as well as expected. It would be a shame considering that the jokes, chemistry, animation, and pretty much everything about Harley Quinn, which drops episode three tomorrow, is great so far. Another reason for speculation about DC Universe’s future is the current conundrum with another series, Stargirl.

The live-action show recently dropped a trailer and revealed that it would air on The CW in Spring 2020. This was a surprise considering that Stargirl is supposed to basically be a major program on DC Universe. It had also been reported that the show would air on DC Universe and then the next day on The CW. But the first trailer made it seem like it’s purely a CW series so fans are raising a slight eyebrow over what’s going down at DC Universe. 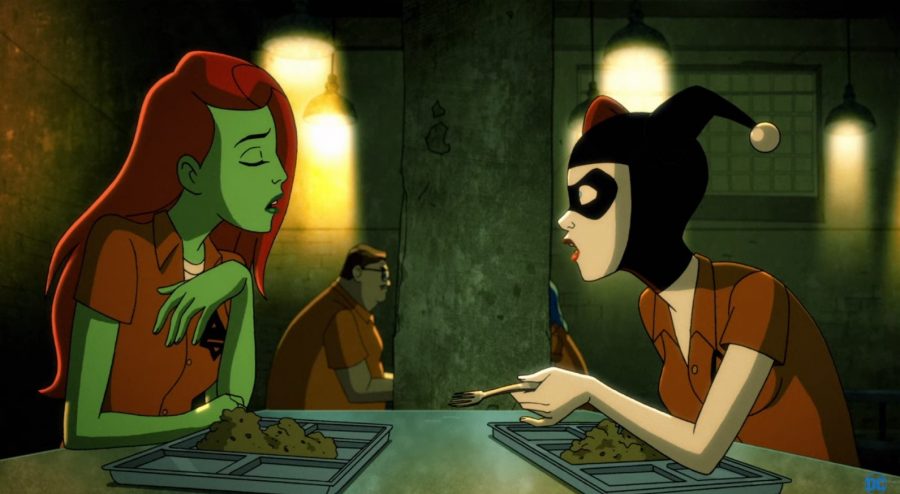 So far, there’s no indication that Harley Quinn is going anywhere but perhaps this is a sign that episodes will air a week or so later on YouTube (or elsewhere) in the future. It’s not likely considering YouTube is a free platform, the Harley Quinn episode description has a link to the streaming site, and it’s only there for a “limited time only.” But, it’s fun to dream about it, right?

Honestly, an R-rated show like Harley Quinn would have a tough time finding a home on network TV so isn’t in a bad spot to give fans the full on experience. We will see if this leads to more peeks into Harley Quinn content on YouTube, but for now let’s enjoy some awesome humor and fun antics as Harley’s story jumps into action.