Biological Robots Built for the First Time Ever - Nerdist

Biological Robots Built for the First Time Ever

Prepare to have your brains blown to smithereens, everyone, because scientists have created the first-ever biological robots out of frog cells. And even though the little “living machines” are quite limited at this nascent stage of their development, there’s still apparently enormous potential for what the awe-inspiring creatures may be able to do one day.

In a newly published study in the journal Proceedings of the National Academy of Sciences, which comes via The Guardian, scientists from Tufts University and The University of Vermont outline how they were able to develop “a method that designs completely biological machines from the ground up.” The team of scientists that authored the paper, including Sam Kriegman et al., note an extensive array of disparate tasks the living machines may be able to take on, including the delivery of drugs inside of the human body, eliminating radiation from affected environments, and even exploring the limits of biological life’s capabilities.

Our new study out this week in PNAS.

The living machines, also referred to as “reconfigurable organisms,” are created using evolutionary algorithms, which design biological organisms that are then built in reality using frog cells. The evolutionary algorithms work by generating any number of random mutations for a group of simulated cells, and then determining which mutations are optimal designs for fulfilling a given function: e.g., moving in a certain direction or pushing around nearby objects. Once the algorithms have determined the best cellular-machine design, scientists then assemble real frog cells to recreate the simulated model.

The scientists are able to build the simulated model in real life by, essentially, taking fertilized frog embryos, separating their constituent cells, and then rebuilding those cells into the shape of the simulated model by cauterizing them together. (A more complete list of the complex steps involved in the biological machines’ creation can be found here.)

Once built, the biological machines are tested to see if they perform their inbuilt function as intended.

“It is still unknown what cells are capable of making besides their normal default body pattern, and these synthetic living machines are a convenient sandbox platform in which to make fundamental discoveries. We made these out of normal frog cells, with a normal frog genome. Their bodies look and act completely different from frogs, and can do so despite the fact that these “animals” have no evolutionary history of selection pressure which would have rewarded them for this behavior (they’re skin cells which have been used for millions of years to sit quietly on the surface of a frog and keep out the pathogens).”

As mentioned, there is enormous potential for what these living machines may eventually be able to do. The project’s page notes that “If we could make 3D biological form on demand, we could repair birth defects, reprogram tumors into normal tissue, regenerate after traumatic injury or degenerative disease, and defeat aging (as highly regenerative organisms like planaria do).” The project’s page says that these living machines could also be used to build complex organs and appendages like eyeballs or hands, as well as improve communications, robotics, and “non-neurocentric” A.I. 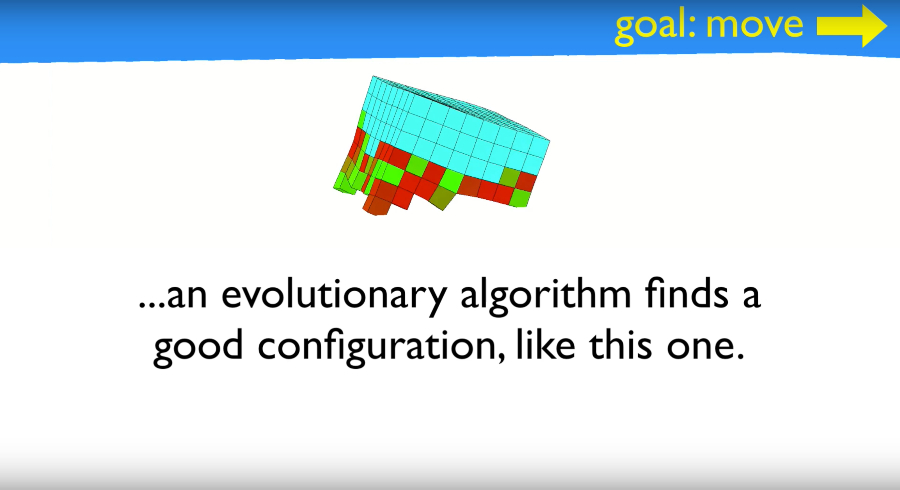 There are concerns about some of the potential use cases for the living machines, however. While the scientists say they don’t evolve—and in fact, can be programmed to die at a certain point by modulating how much food reserves they’re given—the biological machines could theoretically be weaponized, and it’s possible that the A.I. that designs their parent models could be programmed with nefarious intentions.

Ultimately, this research gives insight into the incalculable number of possibilities for designed biological machines, which will become clearer as more scientists explore this area of research. Opening up a “scalable pipeline for creating functional novel lifeforms” is the scientists’ stated goal for this paper, and after watching these lab videos of the biological machines they’ve made, it seems like that pipeline is primed and ready to gush out a whole new world of creatures.

What do you think about these living machines? Can you see endless potential for these reconfigurable organisms, or are any real-world applications so far off they’re not even worth considering? Let us know your thoughts in the comments!