Anybody who’s watched HBO’s dramatic miniseries Chernobyl has seen a gritty, realistic look at what happened during and after the infamous 1986 nuclear disaster in what was, at that time, Soviet Ukraine. But for some people, an extremely well-made cable TV series isn’t enough to satisfy their morbid curiosity about the tragic event. For some people it’s a tour of the actual nuclear facility or bust, and while it may seem insane, the Ukraine is now happy to oblige in order to help its “brand.”

It’s hard to imagine that anybody would want to visit the 1,000-square-mile Chernobyl Exclusion Zone in what is now Northern Ukraine, let alone the actual control room for Chernobyl’s now-defunct reactor No. 4, but apparently there are scores of people with such desires, many of whom decided they wanted to visit after watching the HBO series. (Didn’t most people want to literally leave Earth after watching that series?)

In fact, a recent CNN travel report, which comes via Gizmodo, says that since Chernobyl first aired in May, tourism to the real-life nuclear disaster site has “surged dramatically,” and that “the move [to open up reactor No. 4’s control room to the public] is part of a government drive to encourage tourism in the area after President Volydymyr Zelensky signed a July decree designating Chernobyl an official tourist attraction.” 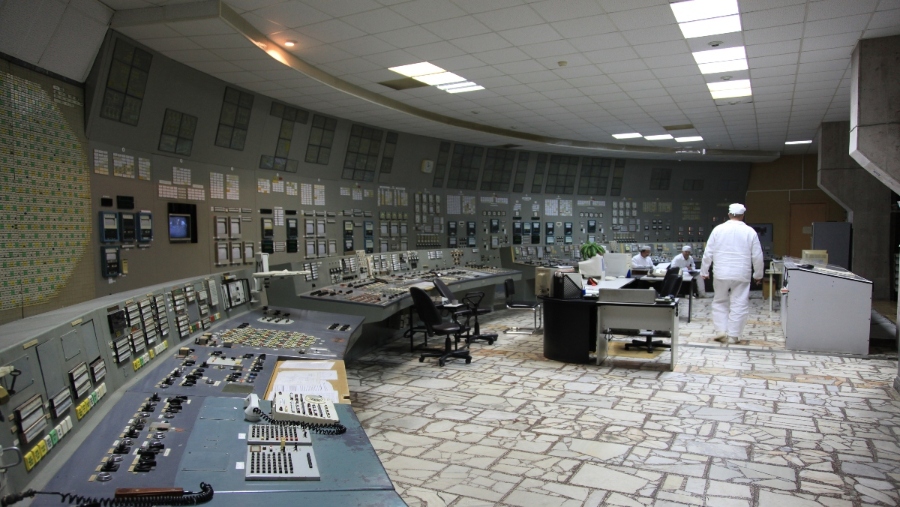 A look at the control room for reactor No. 3. As of 2019, the plant is still being decommissioned. IAEA Imagebank

And while much of Chernobyl’s Exclusion Zone has been open to tourists since 2011, it’s only now that visiting peoples have been granted access to reactor No. 4’s control room — the one portrayed in stunningly accurate detail in the show. According to Ukraine’s president, Volydymyr Zelensky, who spoke during a visit to Chernobyl in July, the decision to open up the ghostly control room to tourists is happening because he wants to “give this territory of Ukraine a new life.” He added that he thinks the country needs to change the perception of Chernobyl as “a negative part of Ukraine’s brand.”

Ukrainian President Volodymyr Zelensky has signed a decree that sets out plans to develop the #Chernobyl exclusion zone as a site for tourism, including new walking trails and enhanced mobile phone reception: https://t.co/6yQwOxqN8G pic.twitter.com/IE135J2CUX

For those wondering how likely radiation sickness is for tourists visiting Chernobyl’s reactor No. 4 control room, it seems hard to say exactly. While reactor No. 4 has been covered by up by a massive, steel “New Safe Confinement” Structure — which cost about $1.7 billion to build and should keep nearby radiation levels to a minimum — there are still reportedly radioactive “hot spots” in and around Chernobyl and its exclusion zone. 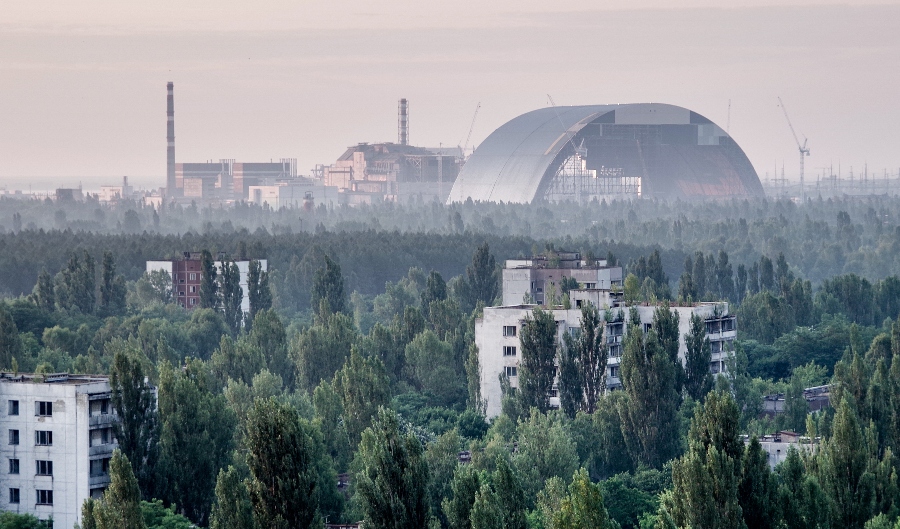 A look at the New Safe Confinement Structure surrounding reactor No. 4. Gytizzz
Visitors are also only allowed to visit the control room briefly, must wear masks, and even undergo radiology testing upon exiting the site to measure how much radiation they were exposed to. Which again begs the question: Who in the world watched Chernobyl and said to themselves, “Forget the happiest place on Earth and just give me all of the dank darkness and nagging worries of possible genetic degradation that comes from visiting a nuclear disaster zone”?
What do you think of tourists being allowed inside Chernobyl’s ultra-creepy reactor No. 4 control room? Would you be willing to risk your genetic wellbeing to visit this radioactive relic? Let us know your thoughts in the comments!