Bill & Ted Face the Music will finally give us another journey with the Wyld Stallyns. But the upcoming third film in the franchise has also resulted in other celebrations of San Dimas High’s most famous alums. There have been new toys, the release of never-before-seen audition footage from casting of the original film, and even coloring books. And now we’ll be able to take the iconic duo with us wherever we go on our own excellent adventures.

Bill & Ted are getting their own board game, and it’s designed to travel anywhere. 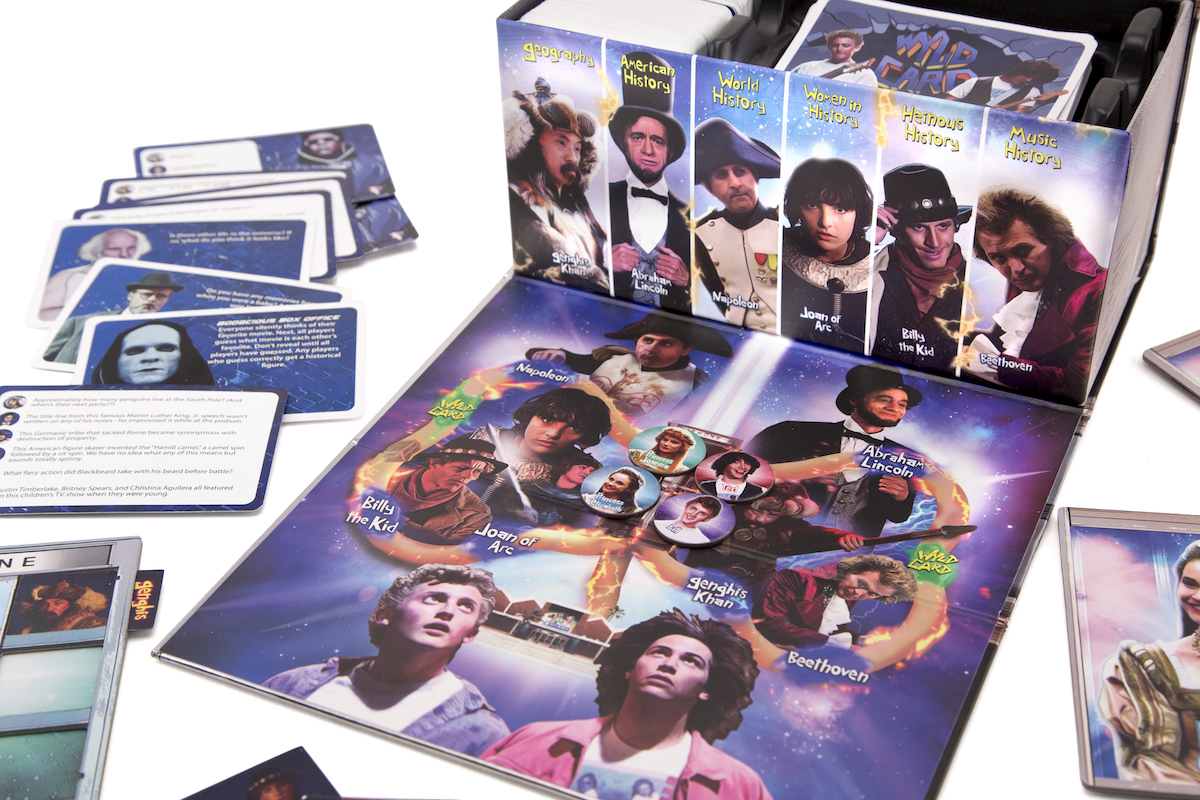 Barry & Jason Games and Entertainment has announced its all-new Bill & Ted’s Excellent Historical Trivia Travel Game. Packaged inside a phone booth, it will put you in the pair’s shoes as they travel through time collecting historical figures so they can give their oral report and graduate high school. The first player who “collects” six historical characters from Bill & Ted’s Excellent Adventure and then returns to San Dimas High School wins. To take back a famous face you must answer a question from their historical category. 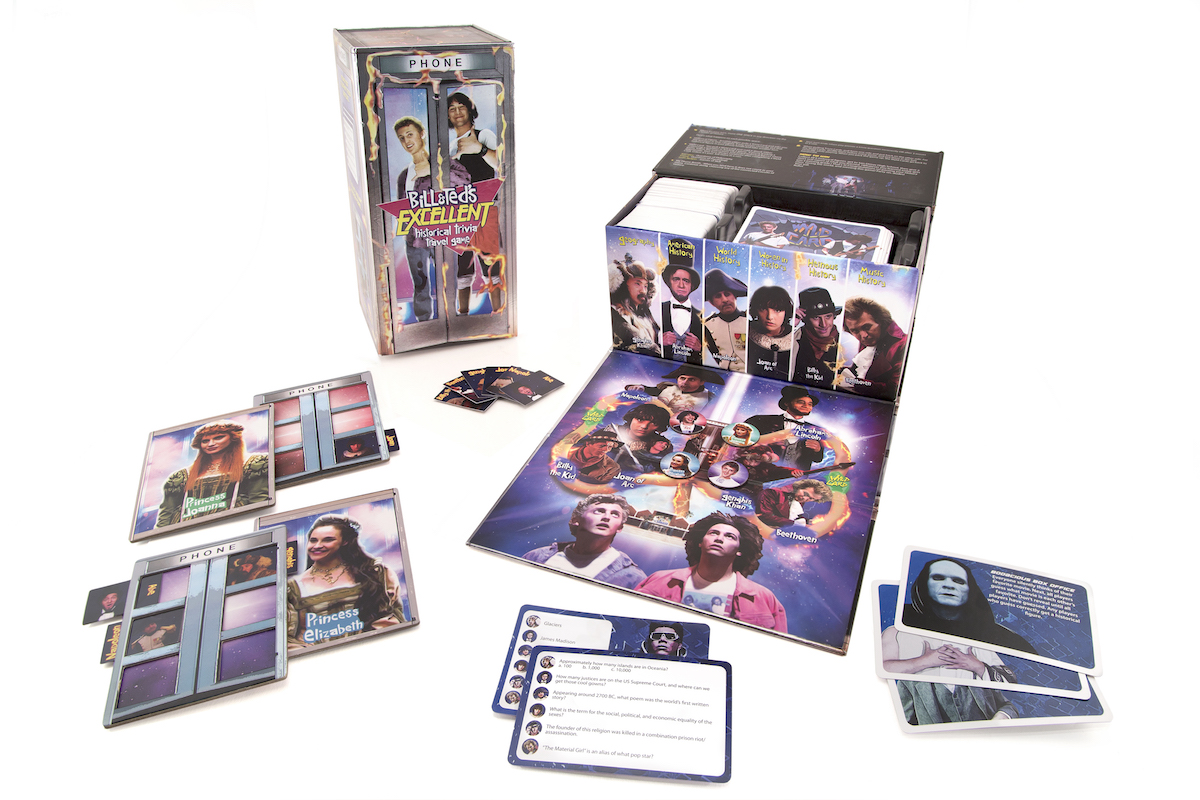 The game also includes “Wyld Cards” that serve as “conversation starters and pallet cleansers in between trivia rounds.” So don’t worry, Socrates is along for the ride too. As is Death from Bill & Ted’s Bogus Journey. He’s always up for “a quick mini-game.” And, in the most perfect touch, the game also features magnetic pieces, so you can easily play it on the go.

Bill & Ted’s Excellent Historical Trivia Travel Game is already available for preorder on Amazon for $24.99, and it launches on September 9. That is unless you have a time machine phone booth of your own and can go get your copy now. If you do travel to the future, do us a favor and see what other sweet Bill & Ted merchandise is coming next, because we want all of it.