After nearly 30 years since their last adventure across the space/time continuum, Bill S. Preston, Esq. and Theodore “Ted” Logan will soon be making their much welcome return in the forthcoming threequel Bill & Ted Face the Music. And once again playing our intrepid future icons are Keanu Reeves and Alex Winter.

And as a thank you to all the Wyld Stalyns fans out there who are patiently awaiting this long anticipated third chapter in the saga, the folks behind the film have released some Bill & Ted themed coloring book pages to print out and color and help pass the day away during this coronavirus quarantine time. 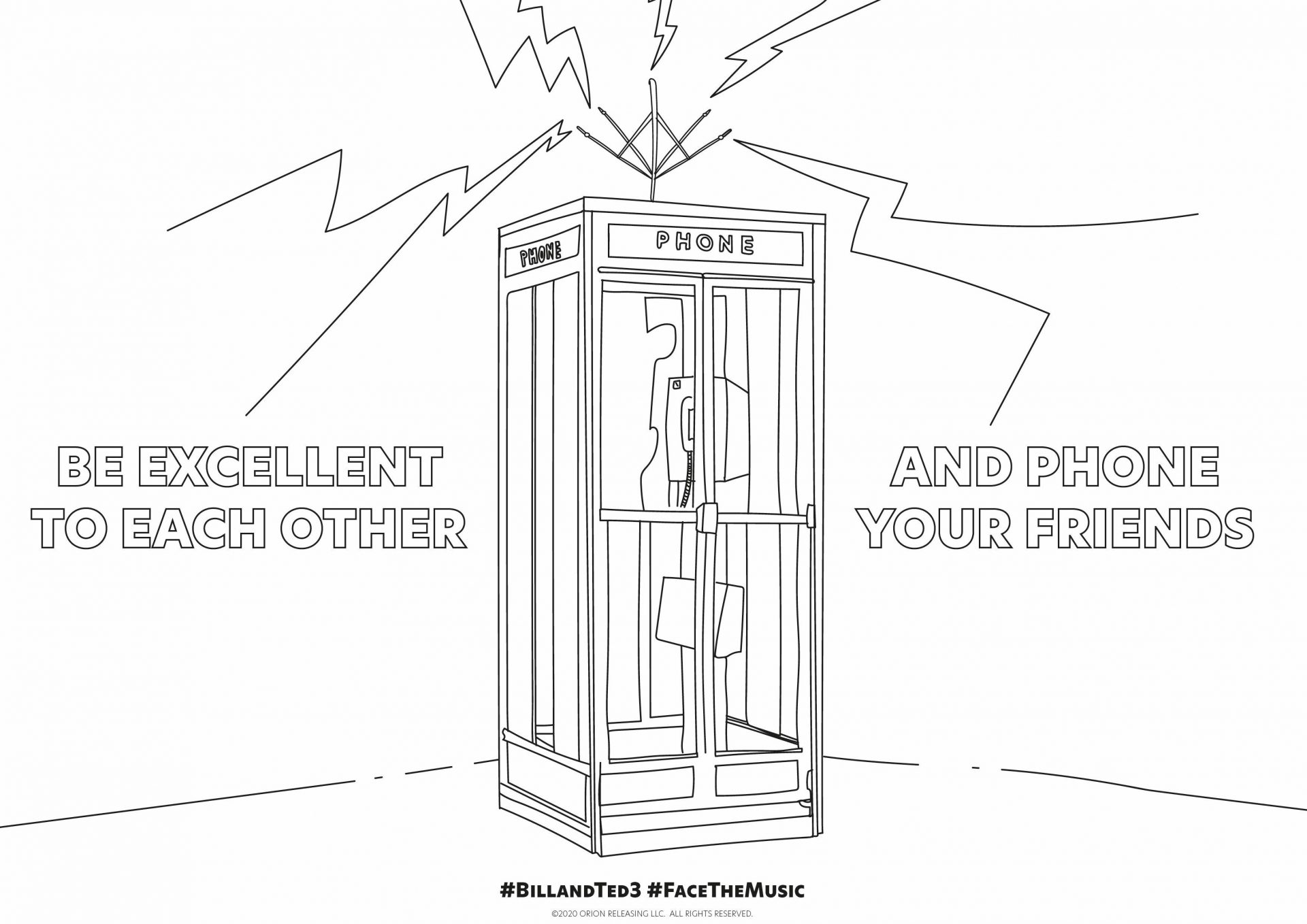 The first image features Rufus’ famous time travelling phone booth, with the eternally wise proverb “Be Excellent To Each Other”. Color this one and put it on your cubicle at work, and it will be better than any cat poster that says “hang in there!” or something like that your co-workers might have. We promise. 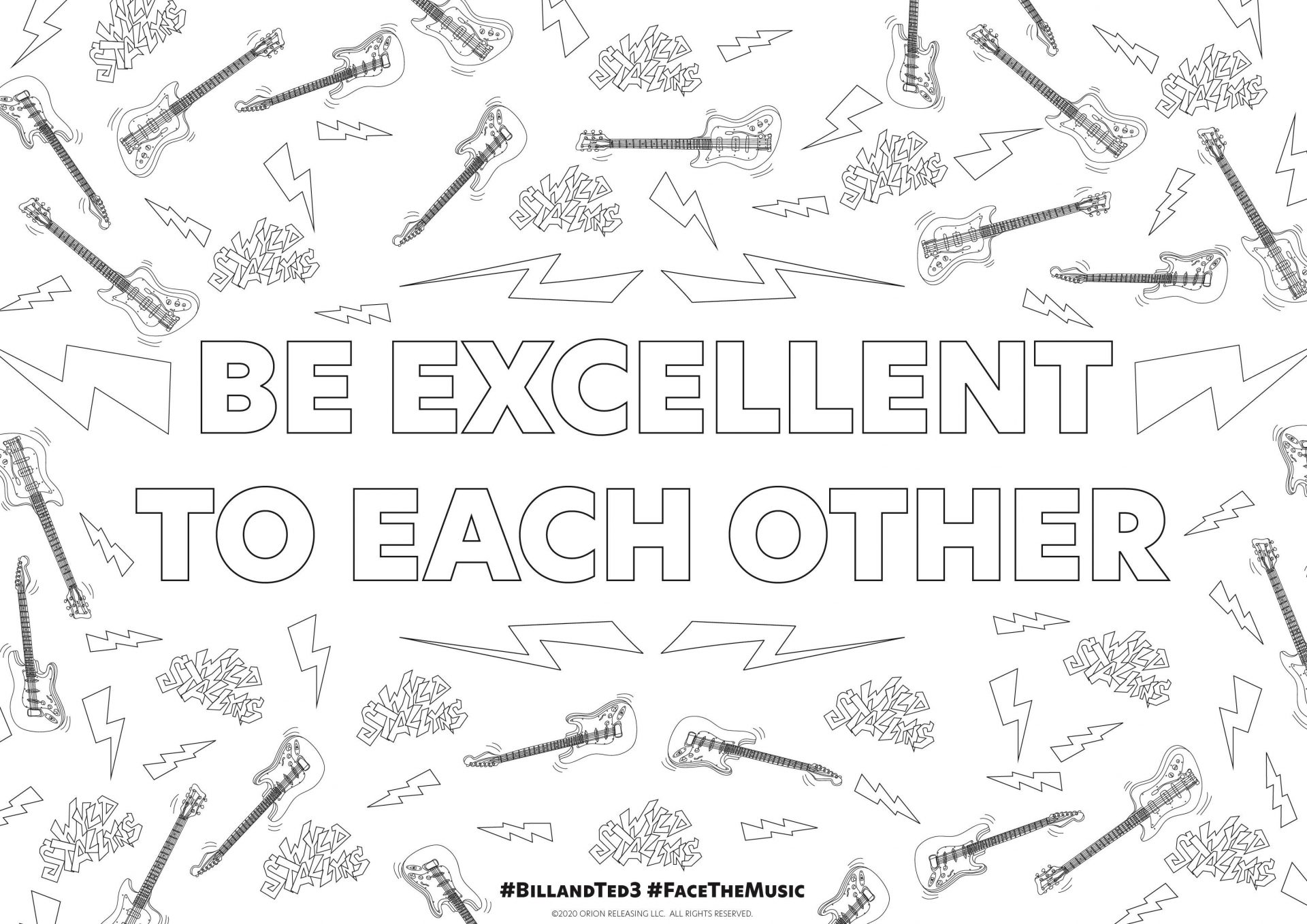 The second coloring book page features the same wisdom, only with a few electric guitars and Wyld Stalyns logos thrown about for good measure.

And finally, some very metal hands reminding you of the need to wash in these COVID-19 pandemic times we live in. We are not sure if this is supposed to be Bill or Ted, but we’re good either way. 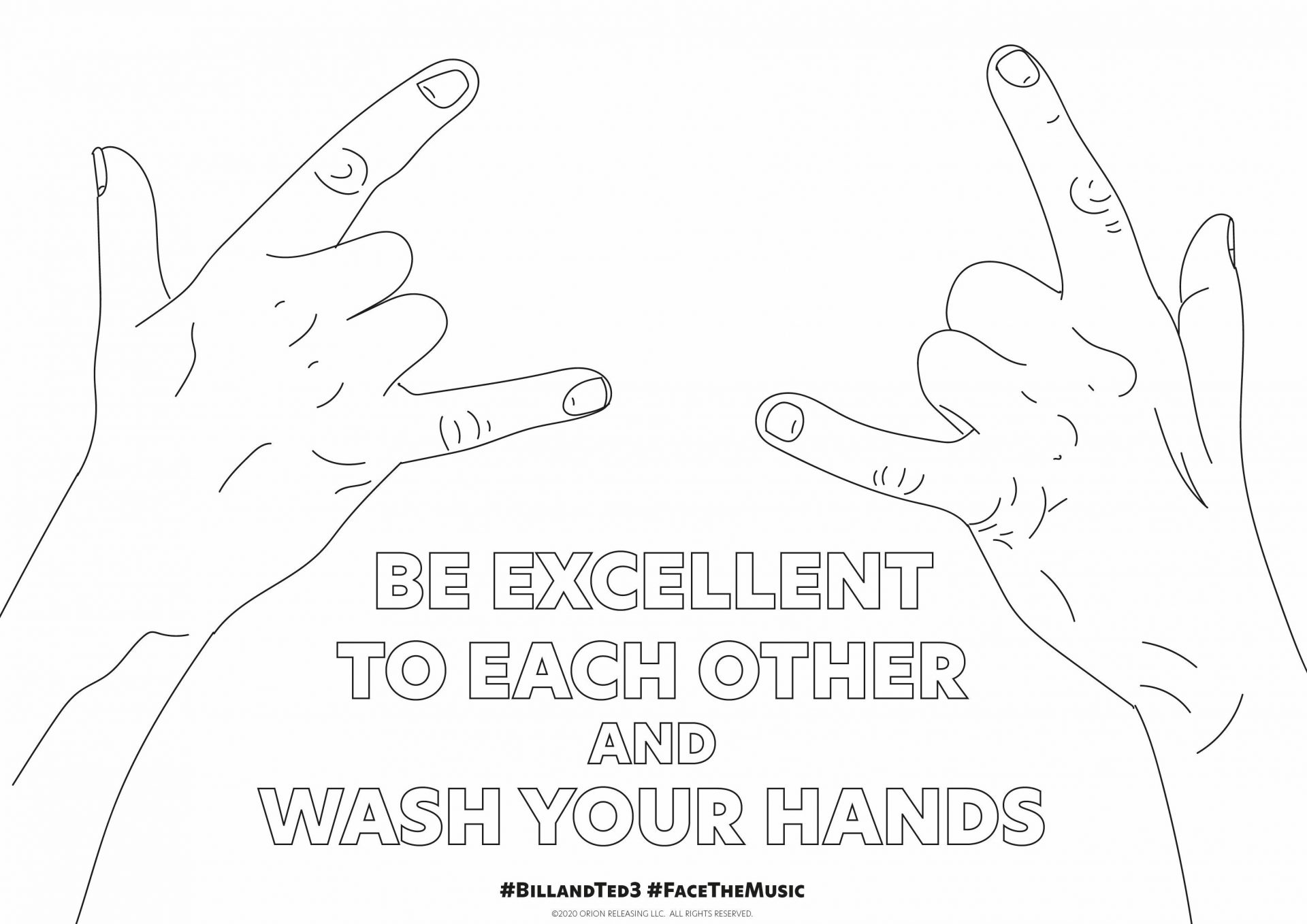 Down below is the synopsis for the forthcoming film, which not only reunites Reeves and Winter as our titular heroes, but also brings back William Sadler as Death from Bill & Ted’s Bogus Journey, and reunites the original writers from the first two films, Chris Matheson and Ed Solomon. 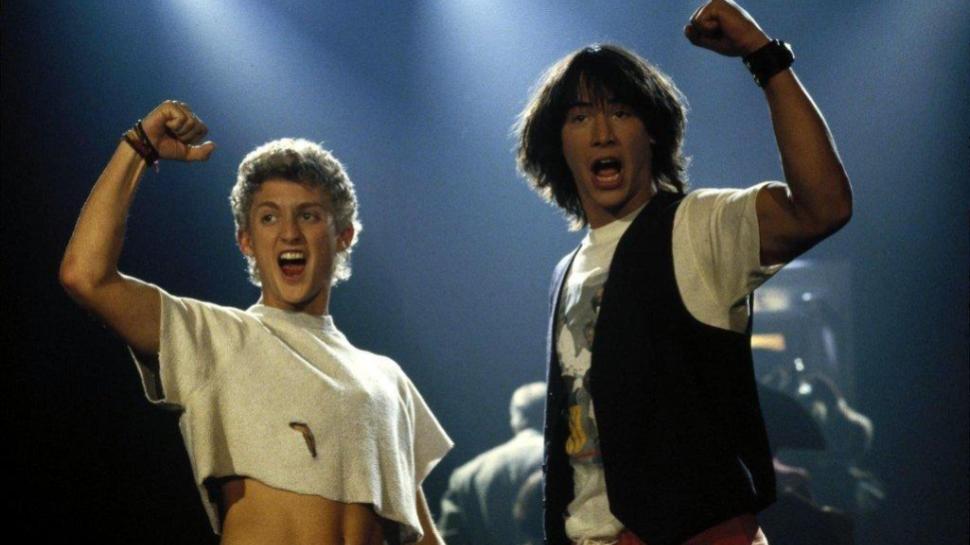 “The stakes are higher than ever for the time-traveling exploits of William “Bill” S. Preston Esq. and Theodore “Ted” Logan.  Yet to fulfill their rock and roll destiny, the now middle aged best friends set out on a new adventure when a visitor from the future warns them that only their song can save life as we know it. Along the way, they will find help from their daughters, a new batch of historical figures, and a few music legends – to seek the song that will set their world right and bring harmony in the universe.”

Bill & Ted Face the Music is directed by Dean Parisot (Galaxy Quest), and is set to hit theaters on August 21st.