This Robot Band is So Metal They Play Their Own Instruments

Who owns the title of greatest heavy metal band of all-time? Black Sabbath? AC/DC? Metallica? Led Zeppelin? No, none of those iconic groups. But don’t get too excited, Iron Maiden and Pantera fans, because it’s not them either. It’s actually a little know German punk rock band. And this has nothing to do with the music they play. This group is metal in a way those other guys literally can’t be, because they’re robots.

And they play their own instruments.

The One Love Machine Band (which we first learned about at Boing Boing) is the work of German artist Kolja Kugler. He creates moving works of art from scrap metal he finds, including this two-robot band. It features a drummer and a bass player, which is why the Berlin duo has a pretty heavy sound. And they play their own instruments, including the flute.

The rest of their movements also let you know they really feel the notes as they play. Well, they’re programmed to look that way at least. 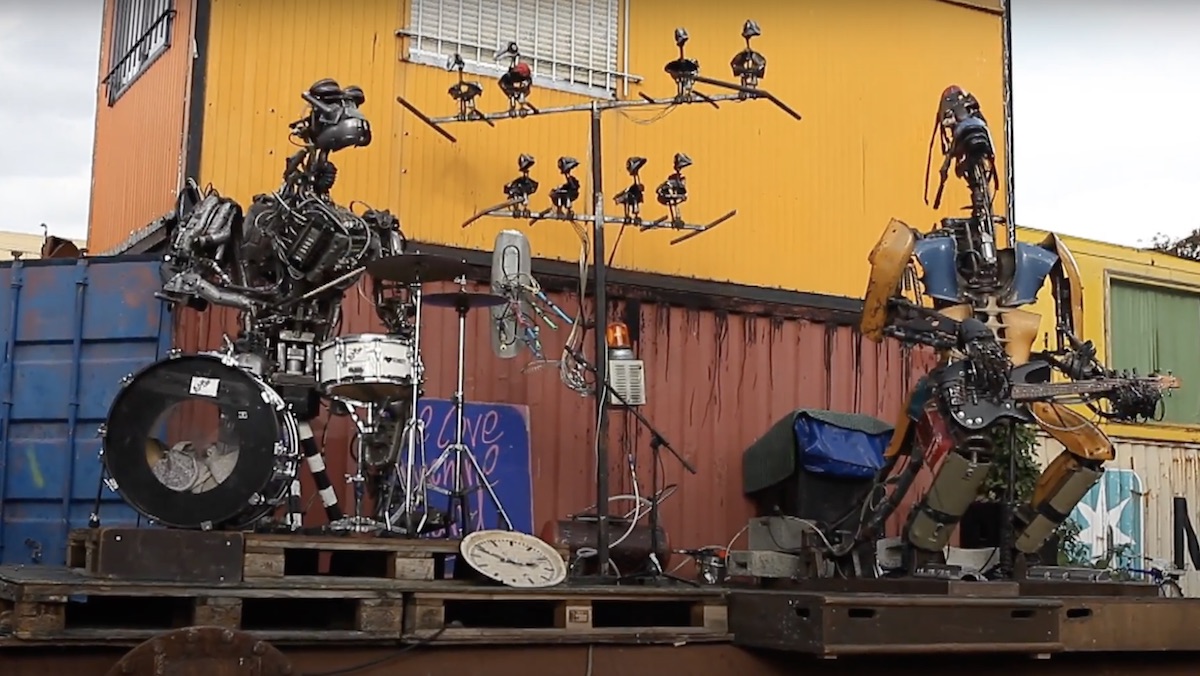 Their massive size and scrap metal bodies don’t exactly lend themselves to hitting the road with ease. It takes a lot of work to get them on stage in front of a live audience.

But that hasn’t stopped them from playing around the world.

Kugler told CNN’s Great Big Story in 2018 how he accidentally got into the robot music industry.

“I stumbled into making robots. I was making sculptures out of scrap metal I found, and then I started to move those moving parts with air pressure pistons,” he said. “It started with a hat moving a jaw, and before I knew it I had a robot.”

To build his metal musicians he says he begins with the parts that control the instruments. Those are “the plugging or playing” movements. Then he builds the character behind those musical components.

This is an example of the instrument literally making the musician. And it’s also an example of a literal metal band. All those other groups could never compare to that.