Two-Face is one of Batman’s most notorious foes, since the earliest days of his adventures. But Gotham District Attorney Harvey Dent was originally one of his staunchest allies. Long before the horrific injury leading to his criminal career. The origins of the infamous Bat-villain see many adaptations over the years. Notably in Batman: The Animated Series, and in Batman Forever and The Dark Knight on the big screen. Perhaps the greatest interpretation of Two-Face’s backstory is Batman’s seminal graphic novel  The Long Halloween.

Now that classic DC Comics story is getting its long-awaited adaptation, as a two-part animated film. Starring as Batman is Supernatural’s Jensen Ackles. Josh Duhamel is our Two-Face/Harvey Dent. In a scene from the upcoming film, we see Dent struggling with keeping his darker impulses in check. Should he burn the laundered mob money, or call in the cops? A flip of a coin decides its fate.

You can watch this exclusive Batman: The Long Halloween, Part One clip right here.

The story of Batman: The Long Halloween takes place early in Bruce Wayne’s career as the Caped Crusader. It’s a moment in time when the traditional mobsters who ran Gotham City for decades are starting to get supplanted by “freaks” like the Joker, the Mad Hatter, and a host of others. In the midst of all this madness, Batman forms an alliance with the city’s D.A., Harvey Dent. All as a way to help him bring order to his broken city. 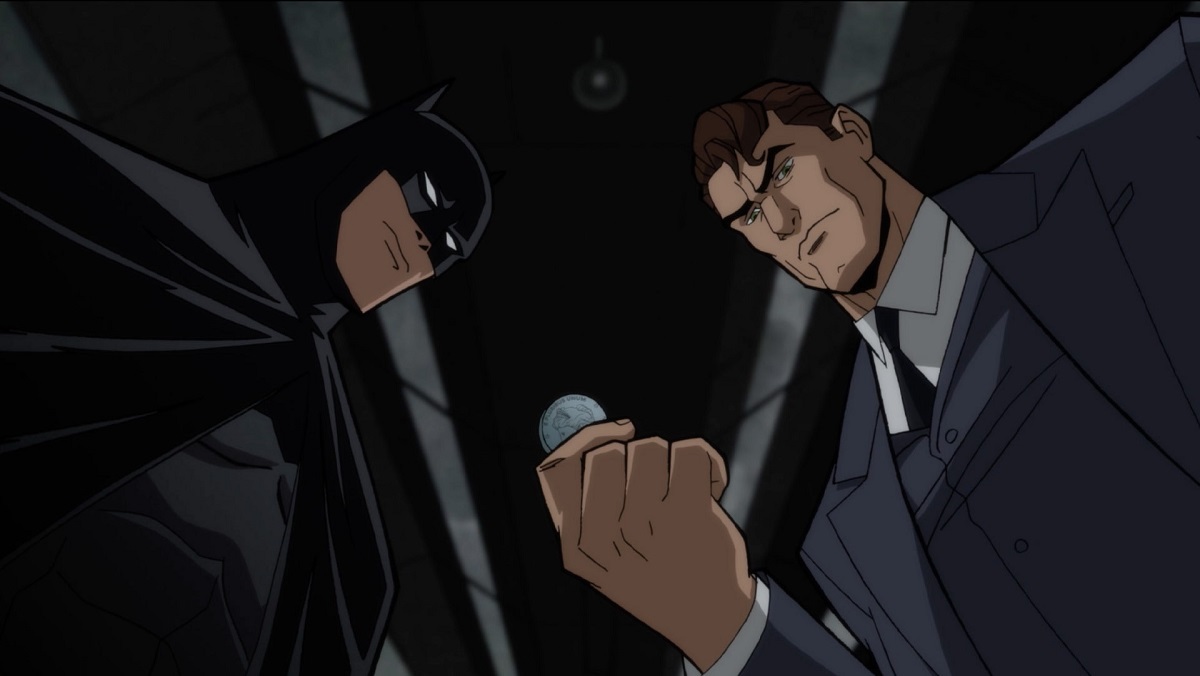 If this sounds a lot like the plot of The Dark Knight, it’s because Jeph Loeb and Tim Sale’s 1997 graphic novel heavily influenced Christopher Nolan. Judging from this clip, it looks like writer Tim Sheridan and director Chris Palmer have nailed the graphic novel’s aesthetic.  Batman: The Long Halloween, Part One hits on Blu-ray and Digital on June 22.

Batman
You Can Own This 1989 Batmobile Replica for $1.5 Million
Melissa T. Miller
2 MIN READ
SEE MORE