I don’t know anything about coding. There’s zero chance I would be able to upload an entire film onto old video game cartridges. But I’m an expert in spite, the world’s most satisfying reason to do anything. So while I may not understand how someone made it possible to watch Tenet on a Game Boy Advance, I can fully appreciate why they went to the trouble to make it possible.

Bob Wulff, like many others, was frustrated by Christopher Nolan’s insistence on Tenet premiering in theaters in 2020. He wanted his thriller seen on the biggest screen possible, so Warner Bros. did everything it could to make that happen. The studio delayed the movie’s theatrical release multiple times, but usually by just two weeks. Even though it was clear to everyone we were very far away from being able to safely see any movie in theaters. The whole thing was at best shortsighted, and at worst a decision that could put people at a serious health risk for entertainment. So how do you get back at someone who wants you to risk your safety to see their film?

You make it possible to watch it on the smallest screen you can find. Wulff did this by uploading the entirety of Tenet onto five Game Boy Advance cartridges. That meant paying for new equipment to transfer it, followed by a lot of coding. All to make a version that is so pixelated and so muddied you can barely make out what is happening. 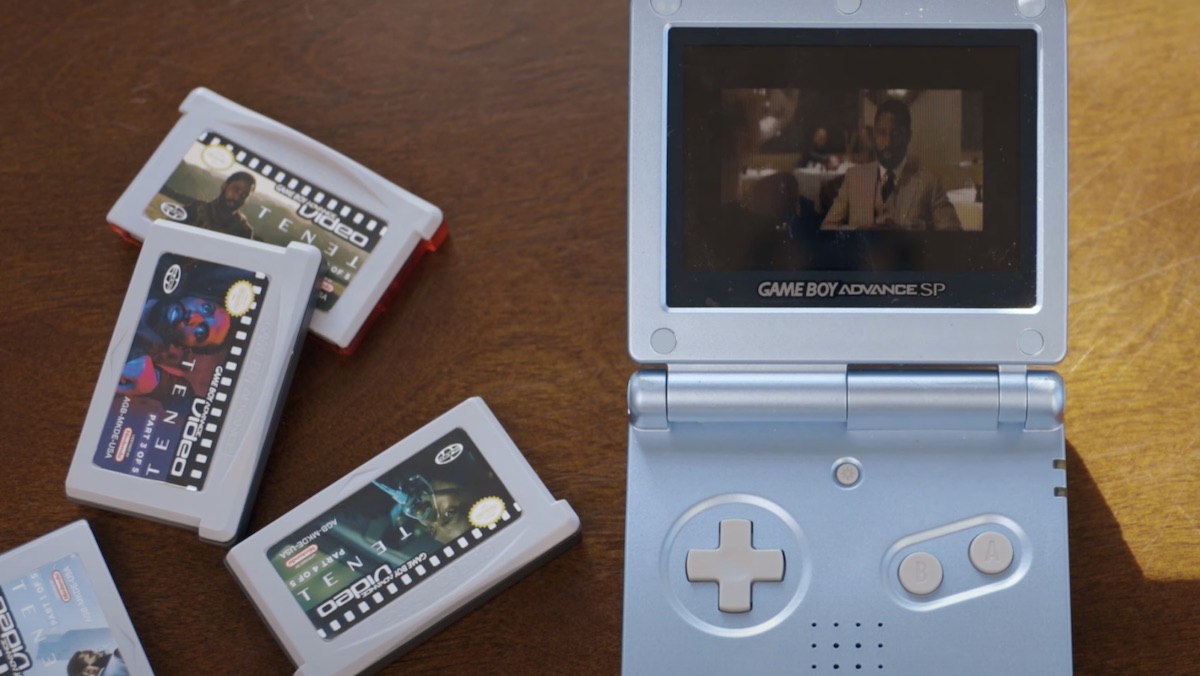 If you want to learn how you too can ruin a film, Wulff’s video explains how he pulled this off. You can also find links to different tutorials in the video’s description.

But you don’t need to be a programmer to appreciate what he did and why. This really might be the single worst way to watch Tenet. And that makes it the best kind of lowkey revenge.