TRANSFORMERS Unveils BACK TO THE FUTURE Bot - Nerdist

TRANSFORMERS Unveils BACK TO THE FUTURE Bot

Hasbro‘s newest collectible will transform the way people celebrate Back to the Future. Literally. In honor of Marty McFly’s 35th big screen anniversary, the toy company is releasing a new version of Doc Brown’s iconic DeLorean. Meet Gigawatt, the time machine that is also a Transformer.

And great Scott! He’s getting his own original comic book. 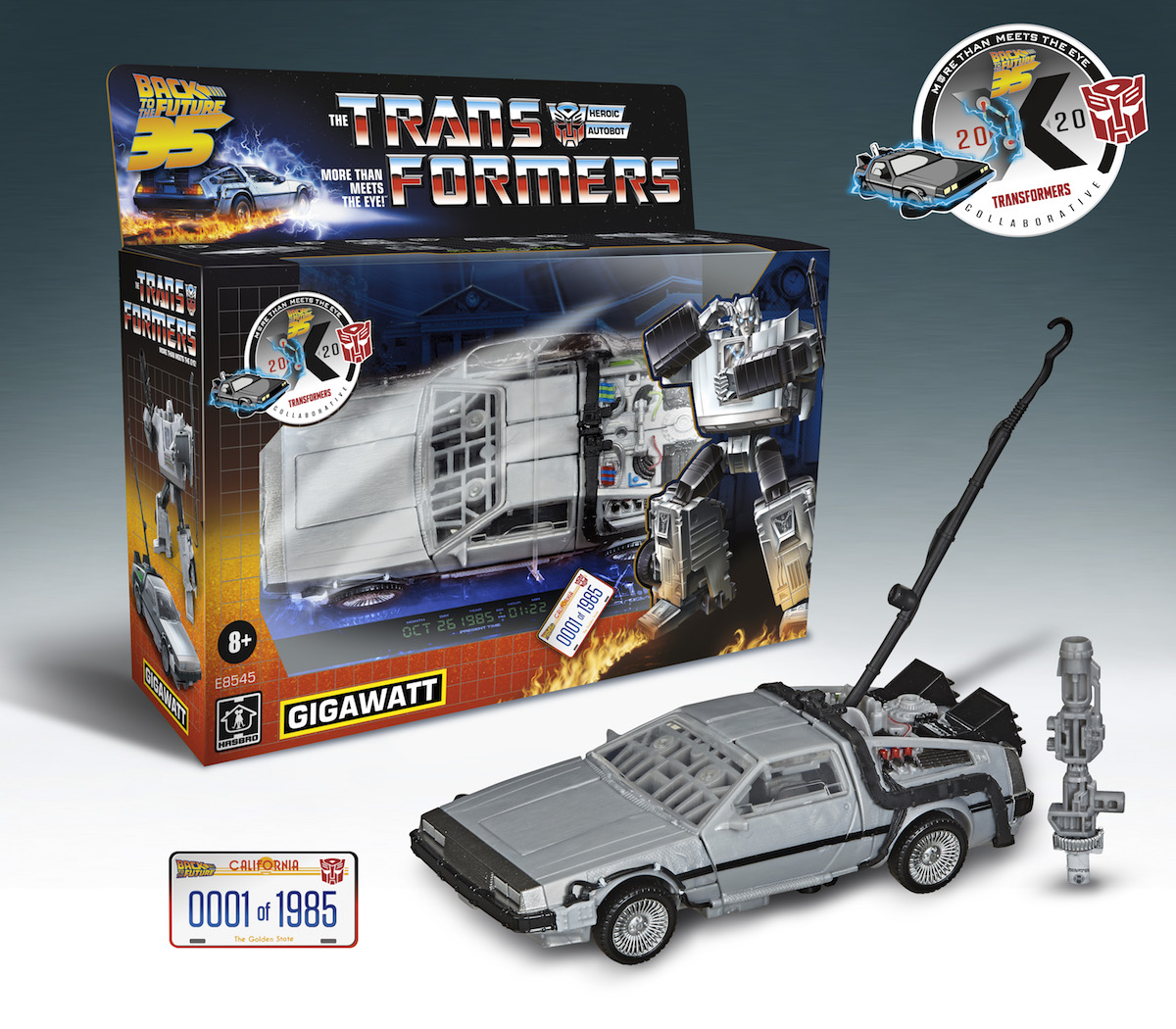 Hasbro has teamed up with Universal Brand Development and Amblin Entertainment for a first-of-its-kind Transformers/Back to the Future collaboration. The result of this unlikely crossover is the all new character Gigawatt, a time-traveling Autobot.

The “robot in disguise” stands 5.5-inches tall in Robot mode. In 17 steps he converts down into a DeLorean time machine, complete with Doc Brown’s goggles, time circuits, and, of course, a flux capacitor. Gigawatt also comes with a blaster and whip antennae accessories. The toy’s car mode also features the DeLorean’s iconic gullwing doors open that fly open. The car’s wheels also rotate from vertical to horizontal “to produce a hovering effect as seen at the end of the film.” 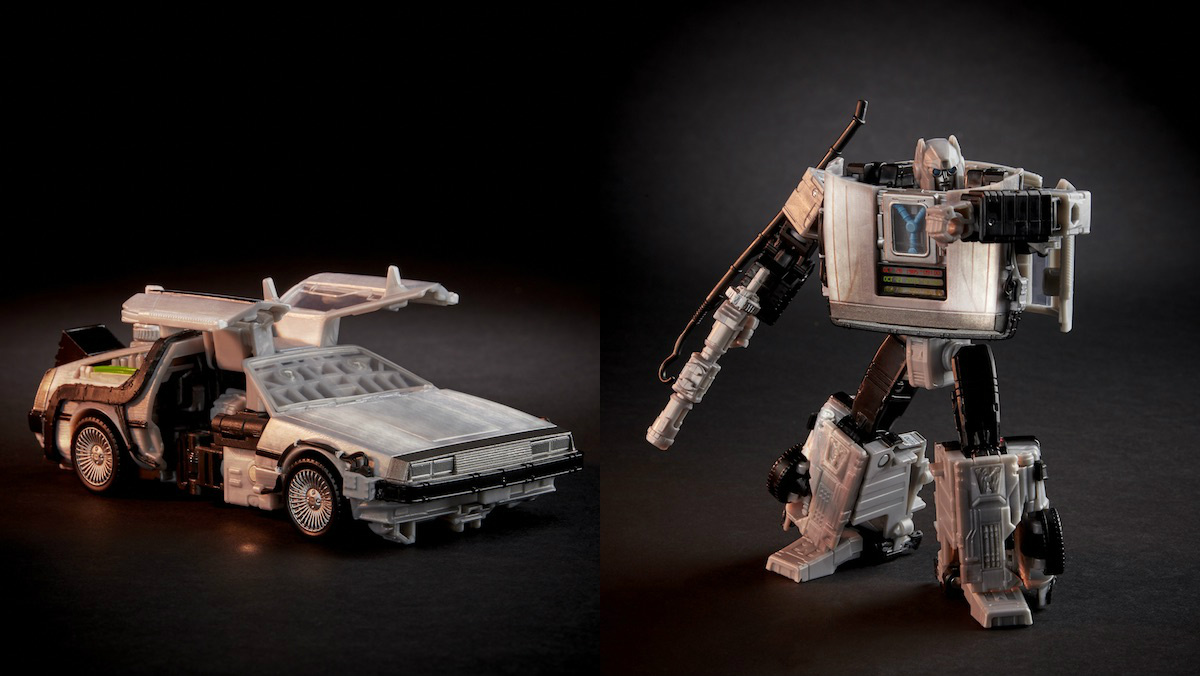 Gigawatt is also getting a four-part comic series from IDW Publishing. Here’s the official synopsis for the first issue:

“Marty McFly has just returned to his home sweet home, Hill Valley 1985, and everything’s looking up… that is, until Marty and his friend Doc Brown’s time machine attracts the attention of the Decepticons! With one small mistake, Marty finds himself thrust into adventure to stop the Decepticon plot in the past, present, and future… all with the help of a new time machine: the Autobot, Gigawatt!” 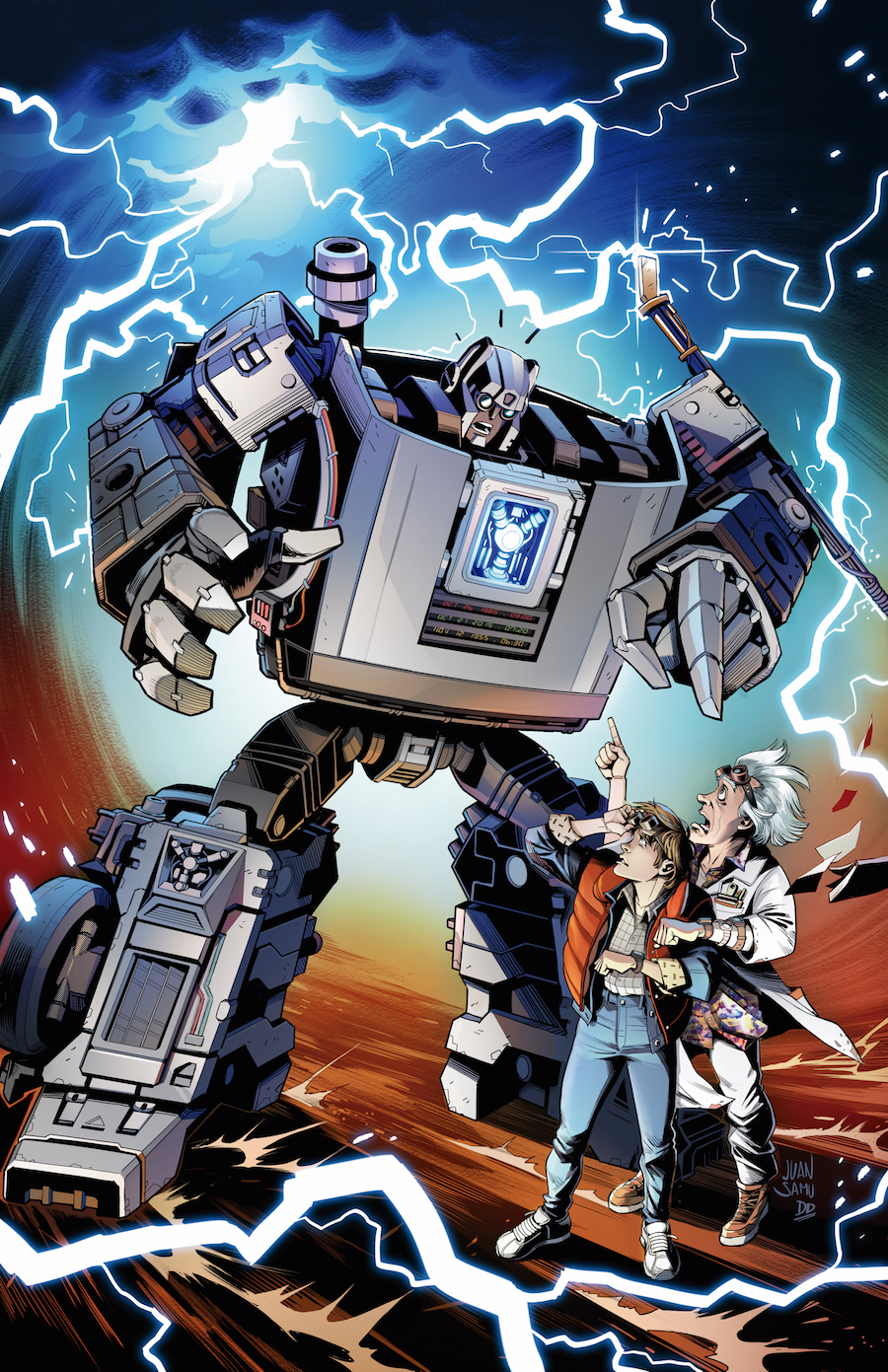 IDW Publishing announced writer Cavan Scott and artist Juan Samu worked on the comic miniseries. It will arrive in October. Scott said, “It gave me a chance to play with multiple Transformers timelines, harkening back to some of my favorite Transformers storylines of the ‘80s, while also bringing in elements of all three Back to the Future movies. Look out for classic characters, both human and Cybertronian, and a few surprises along the way!”

Gigawatt is the latest collectible from the Transformers Collaborative, which combines those shape-shifting robots with other franchises.

This new figure is available to pre-order at Walmart.com. However, only 1,985 pieces will be available as an exclusive, limited edition numbered package in honor of Back to the Future‘s 35th anniversary this month. A second variant will be available starting October 1, 2020 at HasbroPulse.com and select retailers around the world. The comic book will also be available October 1, everywhere comic books are sold.

So if you want one of these first batch ones act quickly. Unless you have a time machine that is also a Transformer. Then you have all the time you need.

TAGGED: Hasbro, Back to the Future, transfomers, DeLorean