Mondo Goes BACK TO THE FUTURE for 35th Anniversary - Nerdist

Mondo Goes BACK TO THE FUTURE for 35th Anniversary

Great Scott! Where did the time go? Back to the Future first drove Doc Brown’s DeLorean into theaters 35 years ago, on July 3, 1985. We still haven’t learned how to travel to the past since then, but Marty McFly’s adventure is just as timeless as ever. And to celebrate this heavy anniversary Mondo has announced a whole new line of collectibles to commemorate Robert Zemeckis’ smash hit and the music that powered it. From a new album pressing and original artwork, to puzzles and pins, it has us ready to go Back to the Future again. 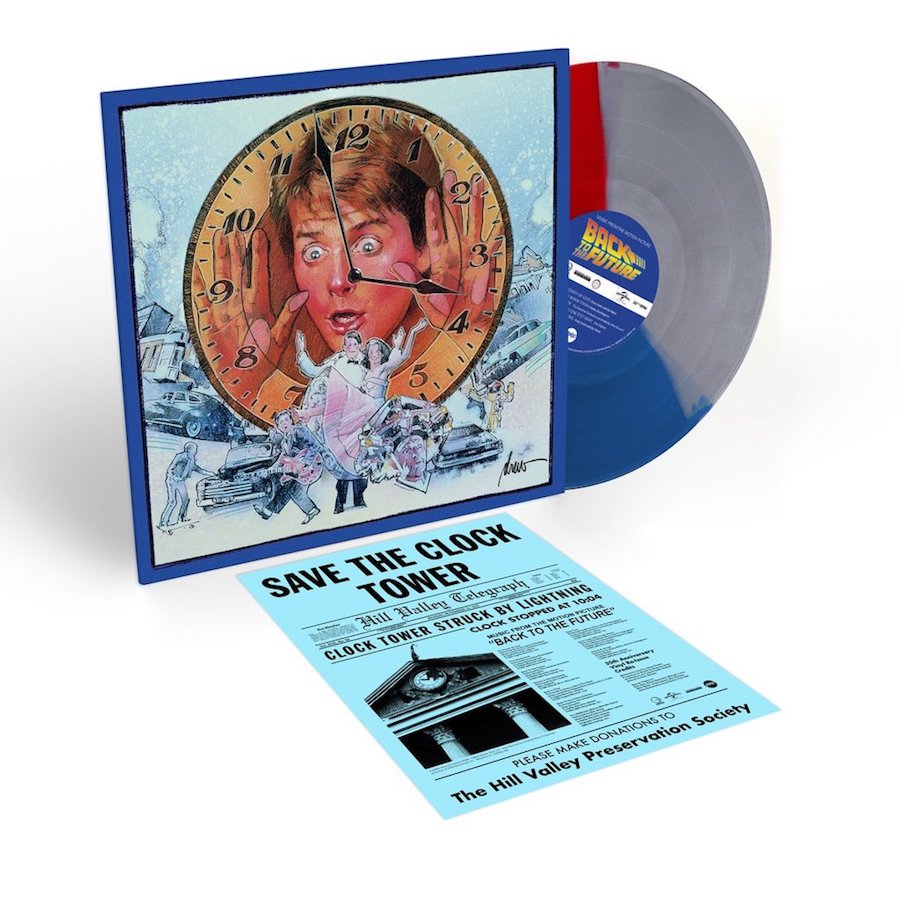 This remastered album ($25) comes pressed on 180 gram tricolored vinyl. It features all-new packing with “illustrations and unused poster art created in 1985” by Drew Struzan. He was the artist responsible for the original theatrical one sheet. It also “features all of the iconic songs from the film, including “Power of Love” and “Back In Time” by Huey Lewis and the News. 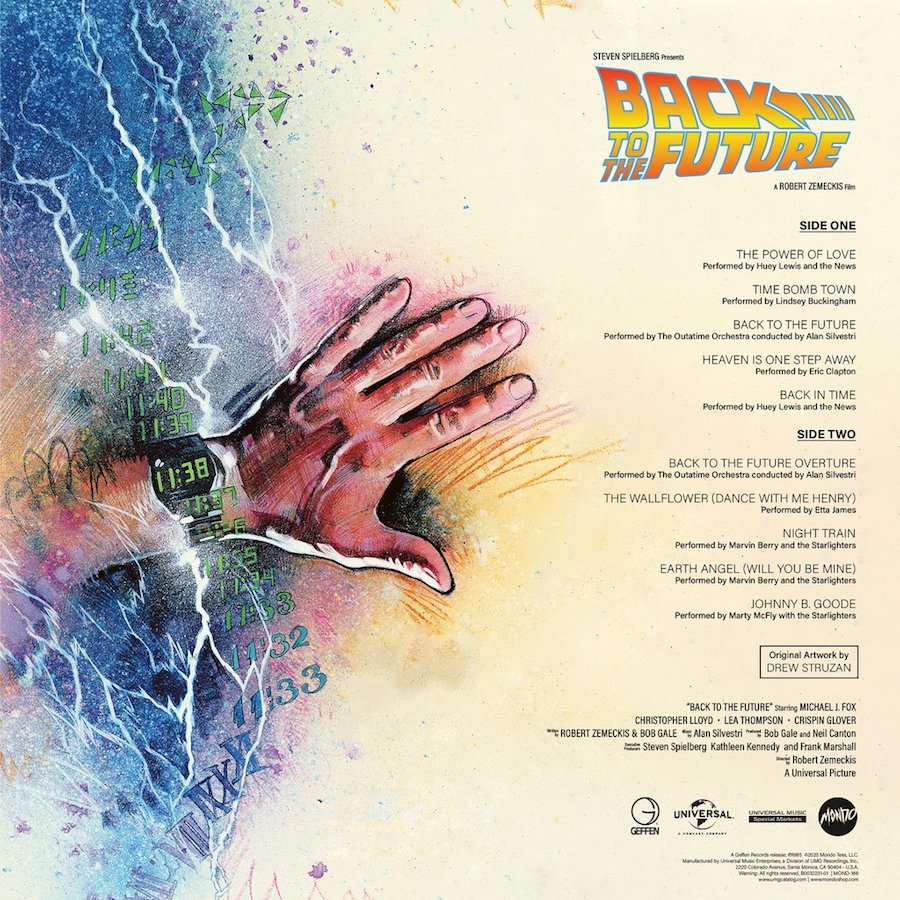 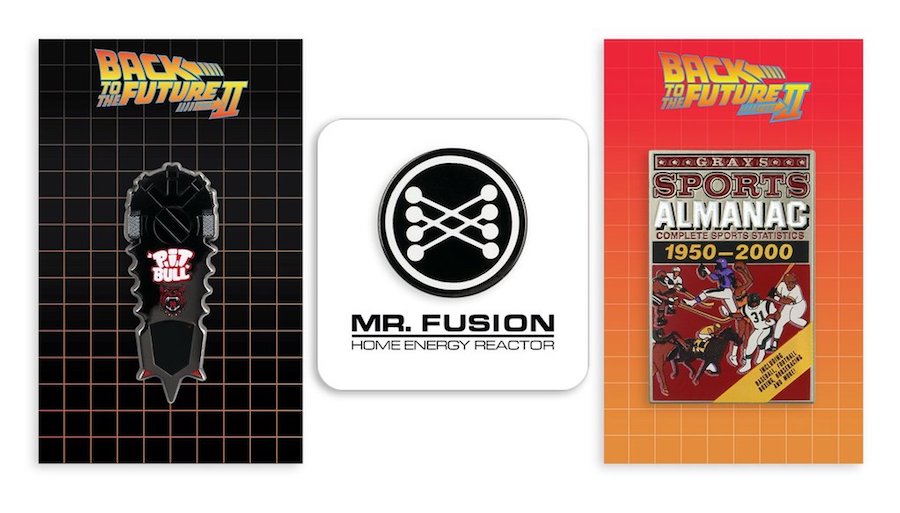 The collection includes three all-new officially licensed enamel pins (all $10). Each was “designed directly from prop photos and film stills” by Bruce Yan and are based on the alternate 2015 seen in Back to the Future II. They include:

All three pins are available to ship immediately everywhere around the world. 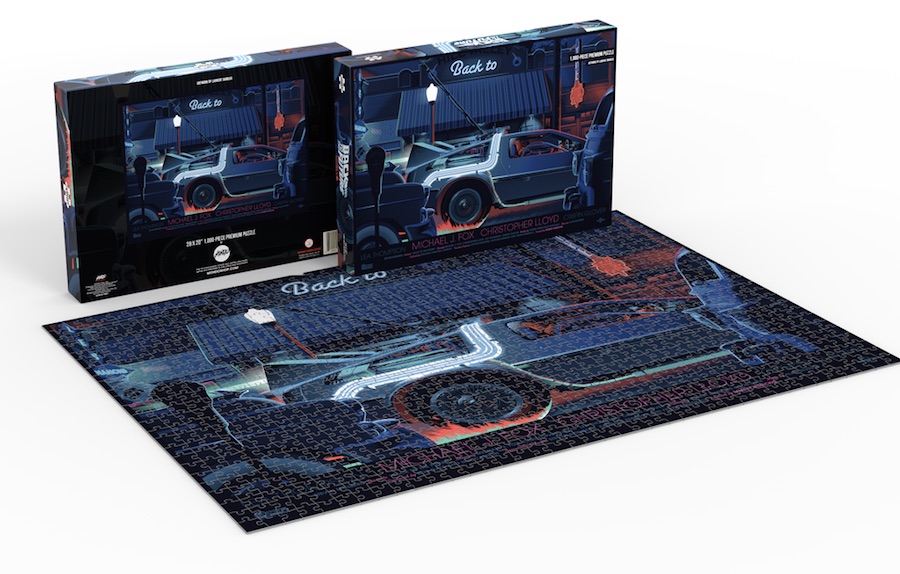 This 19 x 27-inch 1,000 piece premium puzzle ($20) shows the DeLorean. It’s speeding down 1955 Hill Valley’s main drag right as it’s hit with a bolt of lightning. The puzzle is based on artist Laurent Durieux’s 2014 Mondo poster and is expected to ship globally this fall, October 2020. 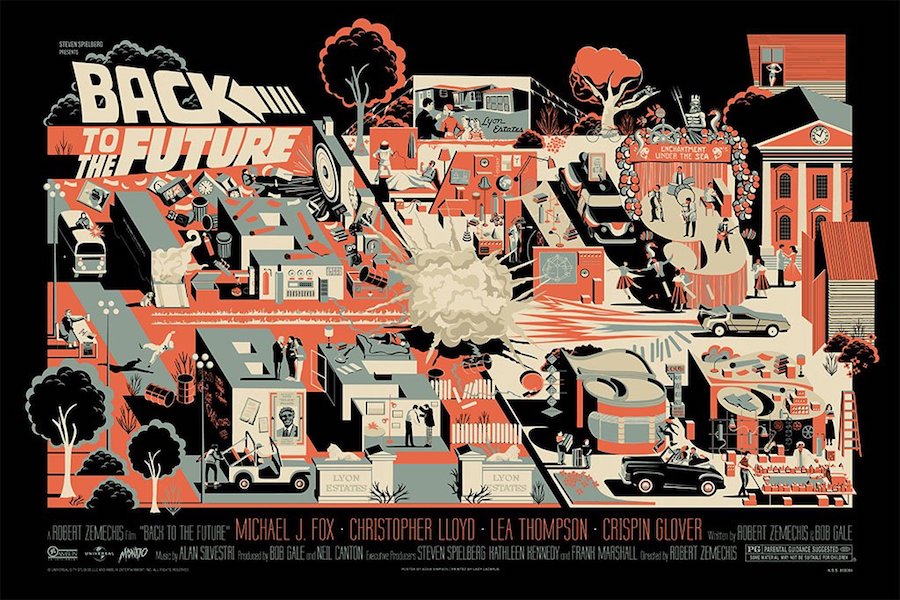 Artist Adam Simpson “follows Marty McFly, the DeLorean, and Hill Valley itself back in time from 1985 to 1955” in “elegantly rendered, lovingly detailed vignettes” in this 36″ x 24″ original limited edition print ($50). Only 225 copies will be available. So don’t be a slacker.

That also goes for this variant version ($75). It’s the same size but comes with an altered color scheme. It will be even rarer. Only 125 editions will be available. Both prints are expected to ship this August, but only to the U.S. and Canada. 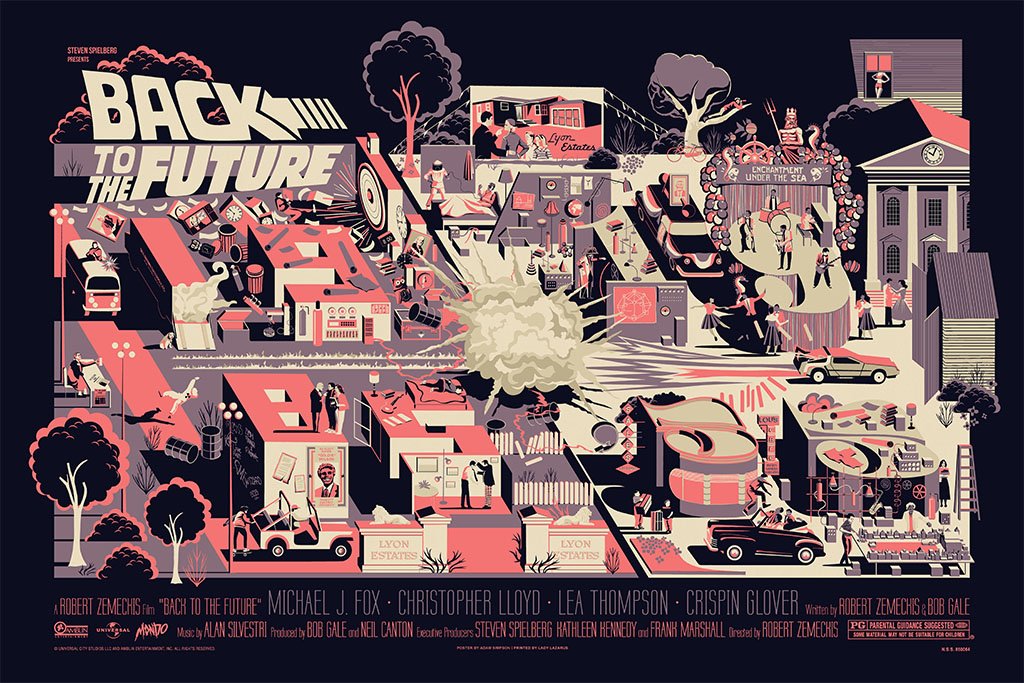 All items go on sale at 11 a.m. CST this Wednesday, July 1st. The poster will be available at The Drop. The soundtrack, enamel pins, and puzzle can be found at Mondo’s Back to the Future Essentials.

We told you this was a heavy collection. Heavy on your wallet.

TAGGED: Mondo, Back to the Future, back to the future II, Doc Brown