It’s Baby Yoda‘s galaxy far far away and we’re all just living in it. The adorable little green guy isn’t the first tiny Star Wars character to capture our hearts though. He wasn’t even the last of 2019. And we didn’t have to wait on Lucasfilm to find one in 2020. A 3D-artist has rendered Tatooine’s most infamous underworld boss as an infant. And Baby Jabba the Hutt is way more adorable than you might think. But that’s only if you never met his son, who once played a major role in a battle between the Jedi and the Sith.

Artist Leonardo Viti has shown us what another iconic figure in the franchise might have looked like as a very small child. Twitter has become completely enamored with his answer to Baby Yoda (after Olivia Munn posted it to her Instagram page). Viti’s “Baby Jabba” is a big ole ball of wonderful. The Jabbaling (Huttlet?) looks like someone crossed a bowling ball with a slug and a lizard, then gave it the cutest eyes in the entire galaxy. He also looks like the Baby from Dinosaurs.

However, Baby Jabba does share one thing in common with the adult version we all know so well. Like his grown-up self Baby Jabba also drools a lot, but when this Jabba slobbers we don’t want to run away in disgust. We just want to get him a wet nap so we can clean up his perfect little face.

To paraphrase Werner Herzog’s Client from The Mandalorian, “We would like to hold the baby.” Although, we might instantly regret it if we did. In fact, based on what we know about wee little Hutts, we might not even want to be in the same room as this little guy. Star Wars has already given us a Baby Hutt before. And while he was also a little ball of delight, he sure didn’t smell like one.

He was a major figure in 2008’s Star Wars: The Clone Wars animated film. The Republic and the Separatists were both hoping to make an alliance with Jabba the Hutt. Both sides wanted to sign a treaty with Jabba to safely travel through his hyperlanes in the Outer Rim.

Count Dooku concocted a plan to trick Jabba into signing with them. He orchestrated the kidnapping of Jabba’s infant son Rotta. Dooku and his apprentice Ventress’s plan was to then frame the Jedi for the child’s disappearance. Fortunately for the Republic, Anakin Skywalker and his own apprentice Ahsoka Tano were able to rescue the very ill Rotta, keep him alive, and safely return him to his father. 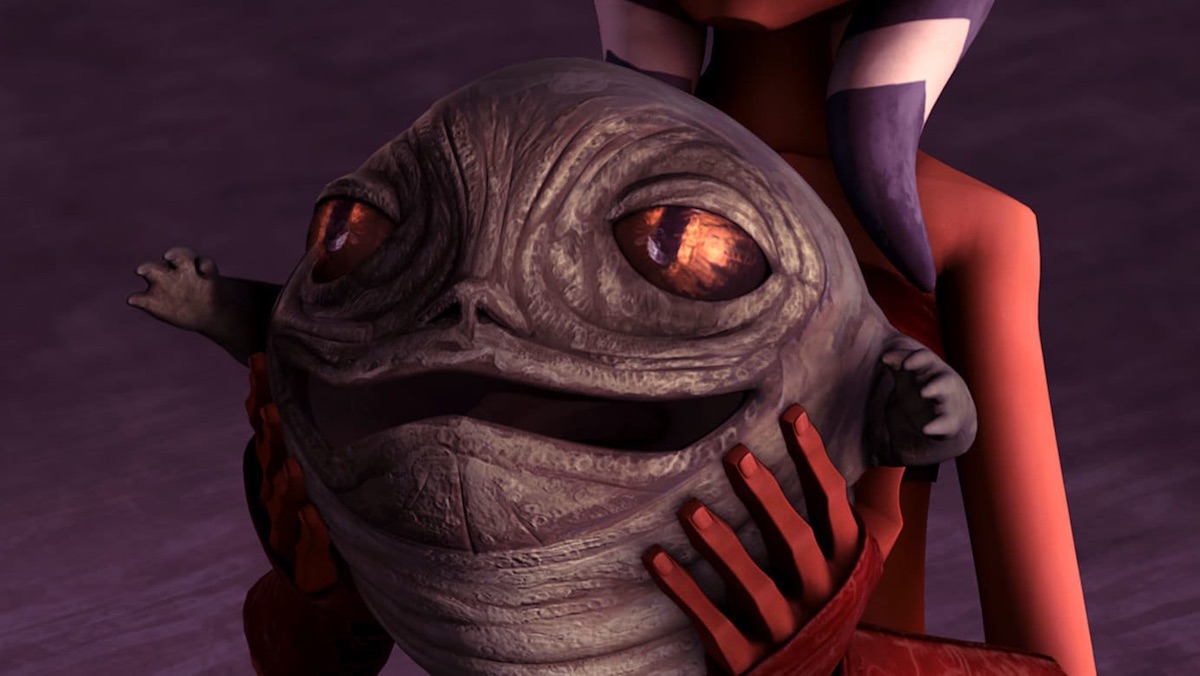 But no one calls Jabba’s son by his actual name Rotta. (Even Jabba calls him “ Pedunkee Mufkin,” which translates to Punky Muffin.) Every Star Wars fan knows the little guy as “Stinky.” Ahsoka gave him that nickname thanks to Stinky’s….”strong personal odor.”

Was Stinky cute? Yes, just like we now can see his father might have been at his age too. But between Leia’s reaction to being too close to Jabba, and Ahsoka’s nickname for Rotta, it’s pretty clear Hutt’s might make for adorable children, but they don’t smell nearly as good.