The seemingly simple task of moving boxes around is an integral part of making just about anything happen in the marketplace. Which is why so many tech companies are so interested in building robots that can do just that. Now, the Israeli robotics company BionicHIVE has introduced a new kind of box-mover bot. One that looks like it’ll automate the Y axes of warehouses with ease. 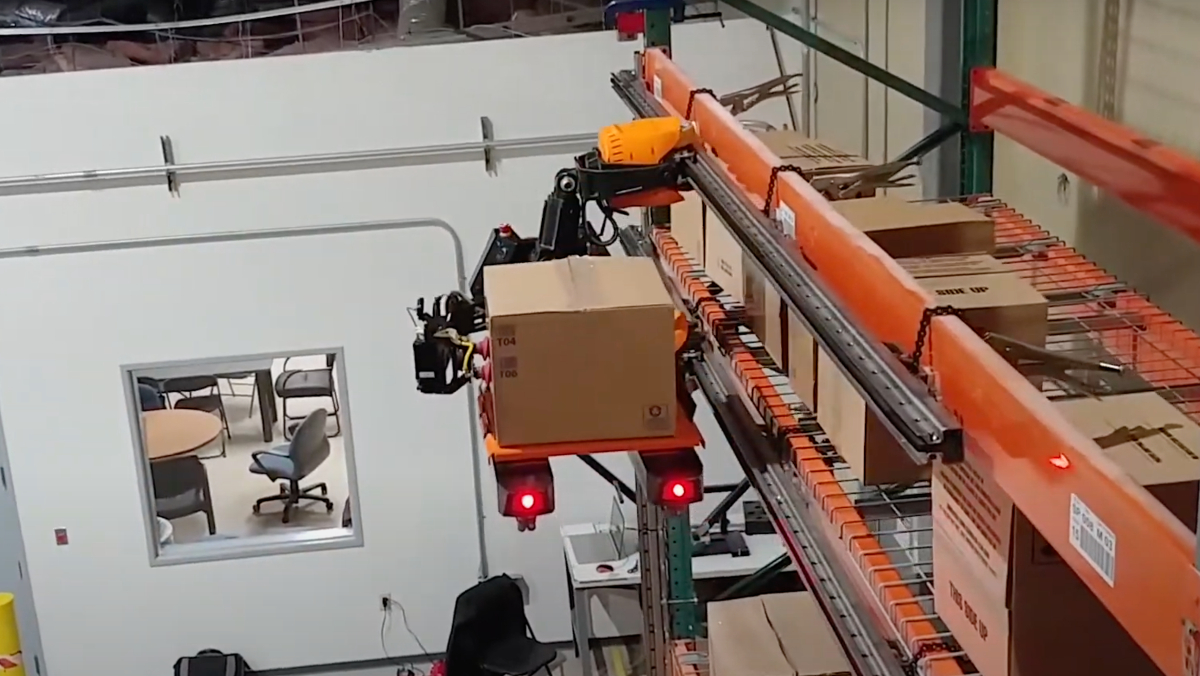 SqUID’s creators say they’ve modeled it after a worker bee; it’s supposed to be able to go anywhere in a warehouse. It can retrieve or place any box as long as it weighs 35 pounds or less. (Side note: Sadly, we can’t explain why the bot’s name is “SqUID” even though it takes after a bee.)

Despite the Rick and Morty Butter Robot-like simplicity of the SqUID, it seems like it could be a significant breakthrough for automating warehouses. We’ve seen lots of robots that can move boxes on the floor before, such as these “parcel-bots” in China. But these SqUID robots bring vertical racks into the equation; multiplying the degrees of freedom a given warehouse’s bots have, and hence their ability to further dominate a box’s entire journey from point A to B.

Speaking of which, let us never forget about Boston Dynamics, and its Pick and Handle robots. Those two robots, which wheel around and suck up packages with their faces respectively, will also probably disrupt warehouses everywhere. Robots will likely deal with every other kind of package in the world too some day soon. Including the ones that explode.