Because of the laws of physics in this universe—simulation?—matter flying through the eternity of space coalesces in beautiful, geometric shapes as it evolves into planets, stars, and other celestial bodies. A brand new look into this process comes from the clear detection of a “moon-forming disc” of gas and dust around the exoplanet PDS 70c: one of two, giant Jupiter-like planets orbiting a star nearly 400 light-years away.

New Scientist reported on the new look at PDS 70c and its moon-forming disc. Researchers from around the globe observed the distant ring of matter using ALMA; the Atacama Large Millimeter/submillimeter array of radio telescopes in Chile.

The European Southern Observatory (ESO), ALMA’s partner organization, notes in a press release that this stands as an “unambiguous” detection of PDS 70c’s moon-forming disk. The scientists, led by Myriam Benisty, a researcher at the University of Grenoble, France, say the observation’s “exquisite resolution” means they can “clearly identify” the disc. They can even accurately estimate its size for the first time. (Apparently it’s huge, with a diameter equal to the distance between Earth and the Sun.) 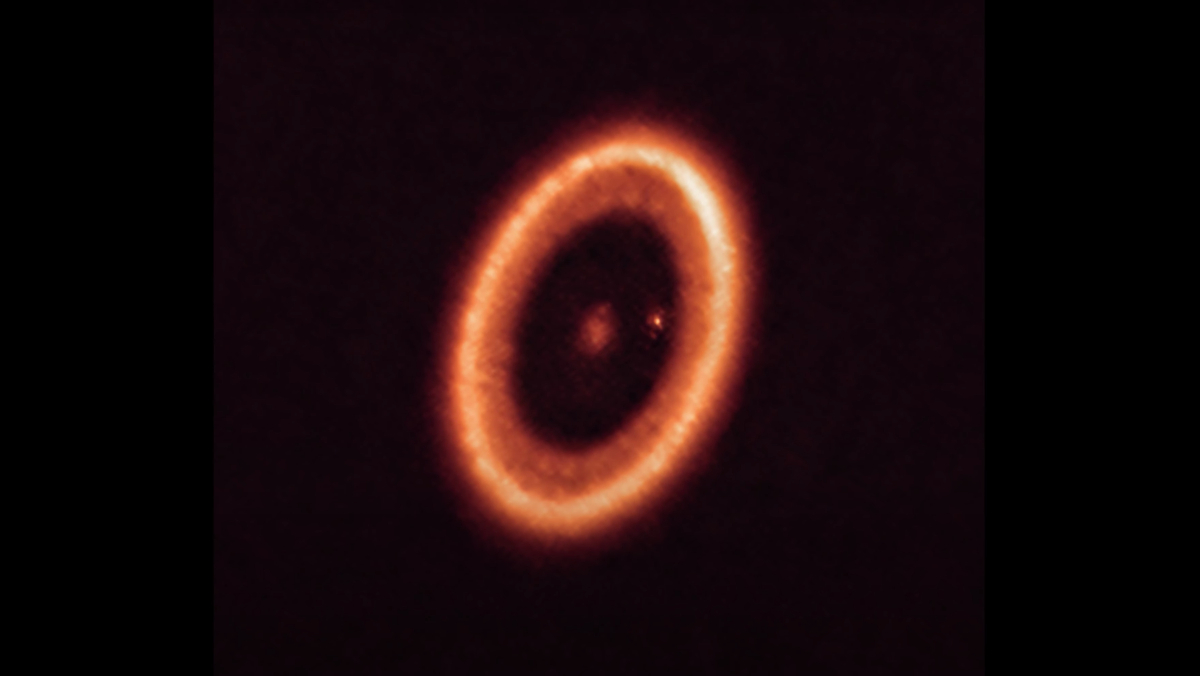 As for the disc itself, it’s a clear example of a “circumplanetary” disc; that is, a disc of gas and dust surrounding a planet. This combo of matter first began surrounding PDS 70c after the exoplanet’s formation and consists of leftover matter that didn’t get pulled into making up the distant planet by the force of gravity.

The disk then formed into a ring as PDS 70c sucked up matter between it and the disc’s edge. As Benisty and her colleagues observed it in 2018 and 2019, however, it was already forming moons. Likely three of them, in fact. Something that’s happening because of gravity once again; as matter in the rings collects, it subsequently grows into larger and larger bodies.

“These new observations are also extremely important to prove theories of planet [and moon] formation that could not be tested until now,” Jaehan Bae, a researcher at the Carnegie Institution for Science and author on the study, said in the ESO’s press release. Although, despite their observations, the team says “it is still unclear when, where, and how planets and moons” form exactly.