Comparing the Sales of Every Video Game Console - Nerdist

Comparing the Sales of Every Video Game Console

Even though it’s impossible to say which video game console has been history’s “best,” it is easy to compare their stats. Now, YouTuber MetaBallStudios (MBS) has done just that with the sales numbers of every major console to hit the market since the Atari 5200. And while this is a random stat to compare between consoles, it will, perhaps, change your sense of which competitor has played the biggest role in gaming culture.

MBS recently posted the comparison to his channel. The YouTuber, an animator whose real name is Alvaro, has made countless other comparisons like this one. In the past, MBS has assembled comparisons of everything from science-fiction starships to the largest countries by land mass. (His comparison of different ships in Star Wars is especially enlightening.)

As MBS notes, in this comparison he’s showing sales, by number of units, of some of the most popular consoles in history. Everything in the video is to scale, and for size references, the YouTuber has included various buildings. 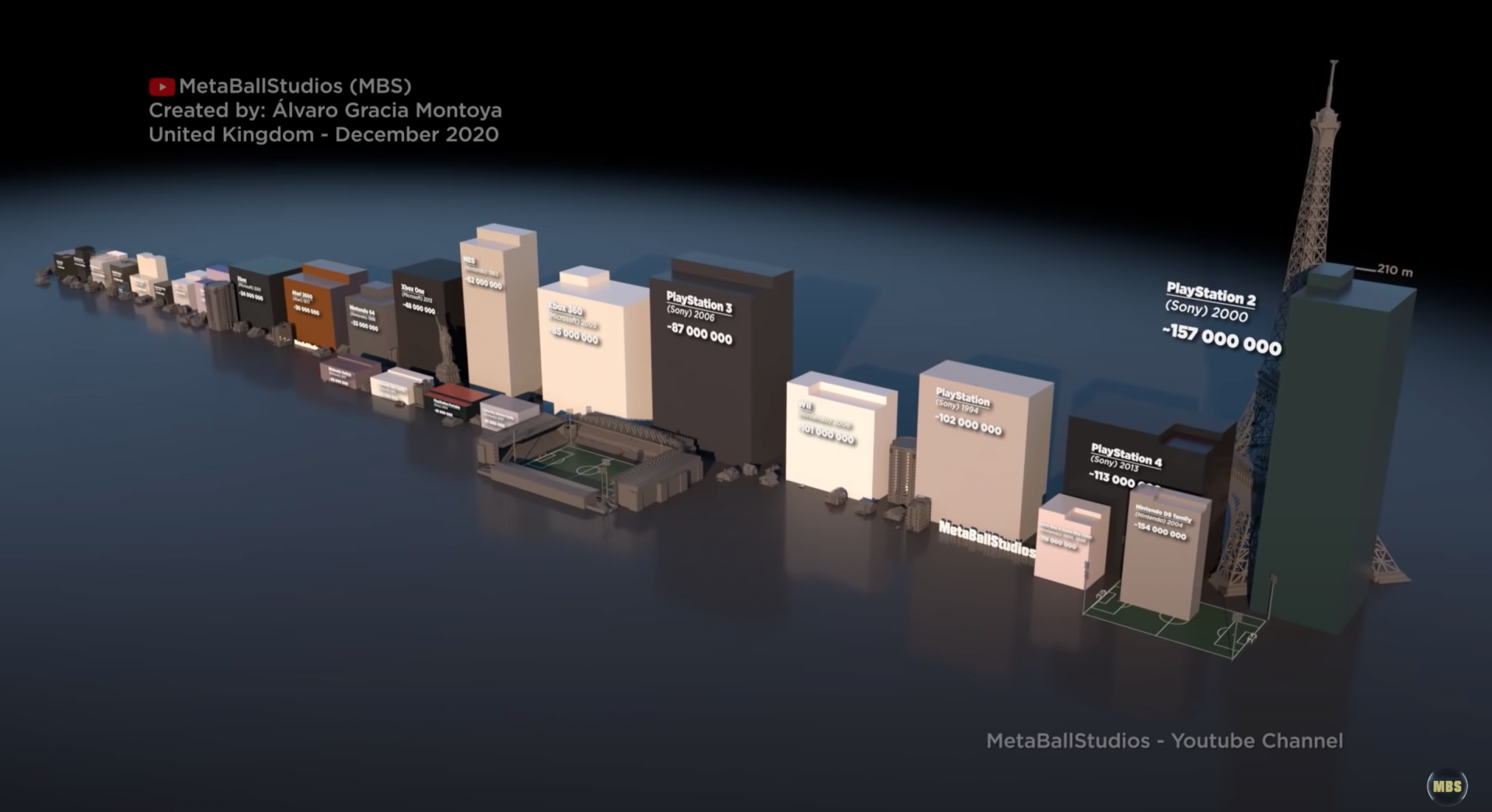 The comparison begins with the Atari 5200, which its maker brought to market in 1982. That console sold one million units, which, while substantial, is nothing compared to the sales figures for the other machines. The Nintendo Wii, for example, sold more than 100 million units when it came out in 2006. (At $250 a pop, that equates to $25 billion.)

As for the best-selling console in history, at least in terms of volume? That title goes to the Sony Playstation 2. That console sold an unbelievable 157 million units. That’s so many that, for a size reference of what that number would look like in IRL units, MBS offers the Eiffel Tower. 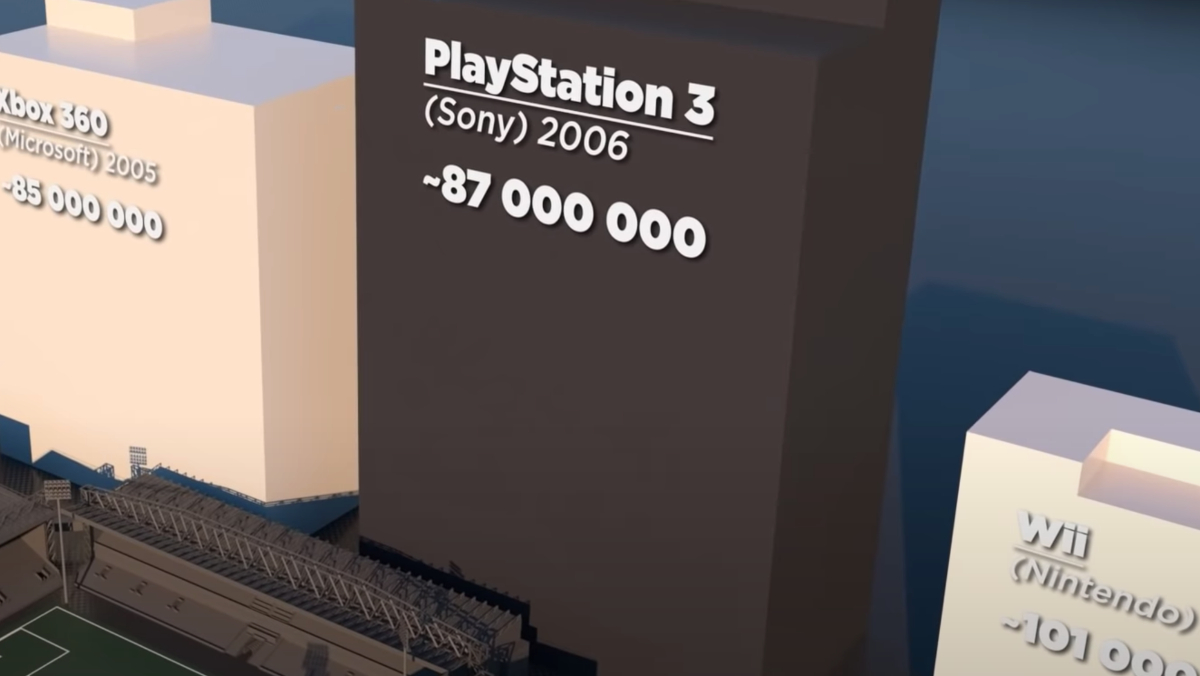 Incidentally, that figure means the Playstation 2 brought in more than $47 billion for Sony. Which may or may not be more than the Playstation 5 ultimately brings in. Although that newly launched console has, already, snatched the one-day sales record for Sony.