Are you afraid to fly? You might be a little less comfortable taking to the skies after learning that Boeing 747 airplanes still—as in right now, in the year 2020—receive critical navigation software updates via floppy disks. That’s right, floppy disks. A technology so dated we genuinely aren’t sure if we’ve used one in the 21st century.

But don’t freak out. This tried-and-true system has worked for decades. And unfortunately, modern technology is not always better.

Pen Test Partners recently did a walkthrough of a British Airways 747-400 plane for DEF CON hacker’s virtual conference this year. Last month, the airline retired the entire fleet because of COVID. Part of the insightful journey through the plane revealed a shocking fact (which we heard about at Gizmodo).

The passenger jet’s crucial navigation database loader still relies on old 3.5-inch floppy disks to get needed software updates every 28 days. Once a month, an engineer has to physically enter every cockpit, pop in a floppy disk, and upload vital new information for the critical avionics system. So this giant, flying metal box that carries hundreds of live passengers doesn’t get critical updates even the way our TVs and Blu-ray players do. 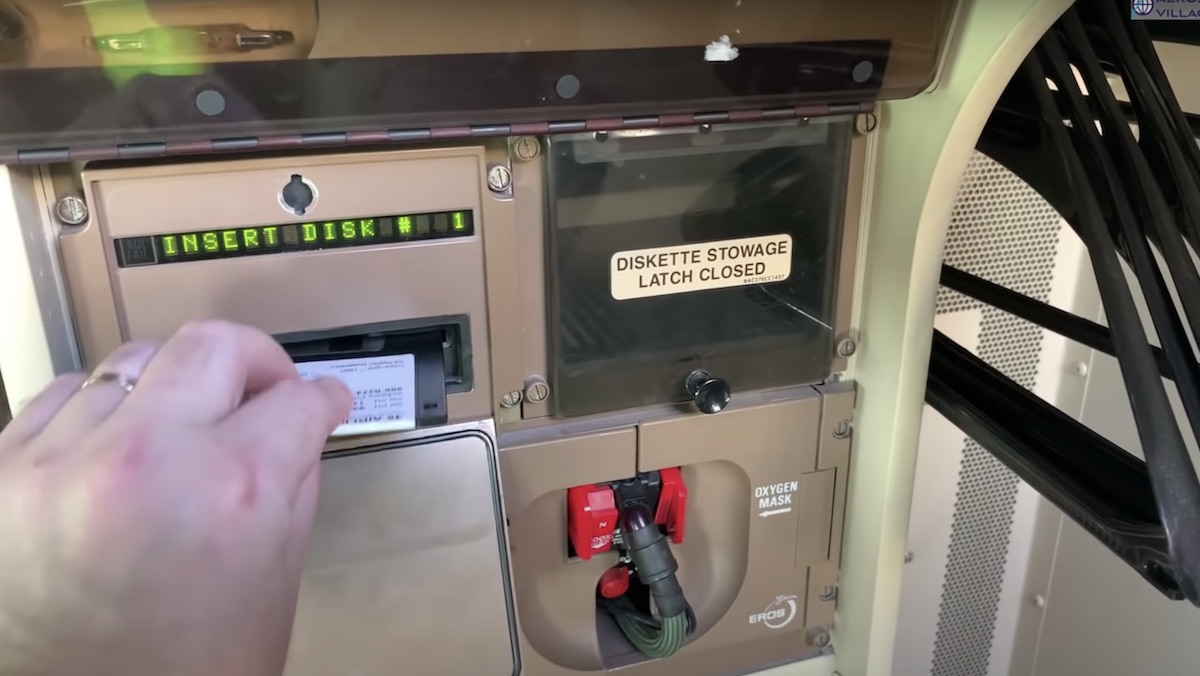 (Wait, does anyone under the age of 30 even know what a floppy disk is? If you are young and don’t, ugh, go read an encyclopedia. Also, google what an encyclopedia is.)

This dated method is also the same system used in some 737s, one of the most common passenger jets in the world. Those planes first took to the sky in 1967. And the Boeing 747-400 dates back to 1988. It’s not hard to see how they both ended up with such outdated systems.

But that method clearly still works, even if it sounds bizarre and unsettling. And new isn’t always better or safer, as we sadly learned last year. The Boeing 737 MAX was grounded after software issue caused two fatal crashes.

Clearly it’s not important how airplanes get important software updates. Just that they’re the right ones.