Nickelodeon will join CBS on another journey to the final frontier, with an all new Star Trek animated series aimed at a much younger audience.

Nickelodeon and CBS Television Studios have announced they are partnering for an original, CG-animated Star Trek series that will be developed by Kevin and Dan Hageman (Trollhunters and Ninjago). The show, which will debut exclusively on Nickelodeon (and not CBS All Access) and be targeted at a “new generation of fans,” will follow “a group of lawless teens who discover a derelict Starfleet ship and use it to search for adventure, meaning and salvation.”

This series is the second animated show to be announced in the ever-growing Star Trek franchise. Last October, CBS ordered Rick and Morty writer Mike McMahan’s adult-oriented cartoon, Star Trek: Lower Deck. Trekkie superfan McMahan described his shows’s premise as being a series “about the people who put the yellow cartridge in the food replicator so a banana can come out the other end.” This will be dramatically different from this newly announced show. 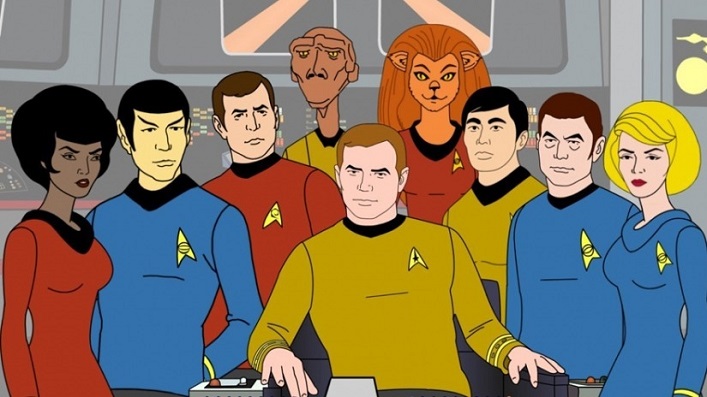 Based on the description for the Nickelodeon series, we expect it to be a lot more like classic Star Trek TV shows, with mostly serialized episodes that can stand alone as their own installments. However, while we expect even more of an action-adventure feel, we’d also guess the series won’t be as heavy with the sci-fi elements many fans love (minus lots of aliens who can become popular toys). One thing we don’t expect to change is Star Trek‘s inclusive message. What better theme could there be for kids than the one that drove Gene Roddenberry’s idea for a better universe?

And between this new animated series, Lower Decks, “Short Treks,”  Discovery, and Sir Patrick Stewart reprising his role as Jean-Luc Picard on his own series, there will be plenty of chances to explore that inclusive message for viewers of all ages.