In June we learned four new Star Trek projects were in development at CBS All Access, including an unknown animated series. Then last week reports said that the network was focused on making sure each new show would be distinct in tone in an effort to prevent fatigue with the franchise. Yet somehow we did not see this latest news coming: CBS has ordered a new adult animated comedy series about some of Starfleet’s most overlooked employees fromÂ Rick and Morty writer and producer Mike McMahan.Star Trek: Lower Decks, which we first heard about at Deadline, has already been given a two season order. The half-hour series will follow the support crew of one of the least important ships in the Federation. McMahan, a self-professed “life-long Trekkie,” apparently opened his pitch by saying he wanted “to do a show about the people who put the yellow cartridge in the food replicator so a banana can come out the other end.” 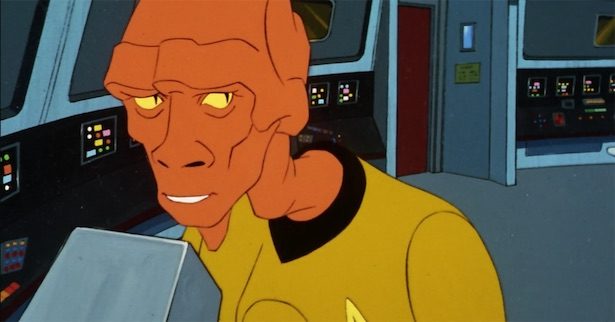 McMahan,Â a head writer and executive producer on Rick and Morty, already has plenty of experience with animated sci-fi comedy. He’ll be bringing that experience to Hulu, too; the streaming service recentlyÂ  picked up his new alien cartoonÂ Solar Opposites,Â which he developed with Rick and Morty co-creator Justin Roiland.We love this idea. Star Trek almost always focuses on the ship’s most important crew members. But anyone who has ever been on a cruise knows a ship would fall apart without the people who do the least glamorous jobs. Getting to see the frustration over getting intoÂ Starfleet and ending up cleaning up space garbage is a perfect recipe for an animated comedy.We won’t be confusing the tone of this show with any other.What do you hope to see from Lower Decks? Tell us in the comments below.