Andy Serkis to Narrate THE LORD OF THE RINGS Audiobooks

It doesn’t matter how many times you’ve read J. R. R. Tolkien’s The Lord of the Rings novels. Or how often you’ve watched Peter Jackson’s big screen trilogy. Later this year you’ll want to re-experience the story of Frodo’s epic journey in an all new way. One that combines the best of both the literary and cinematic versions of the story. Gollum himself, Andy Serkis, will narrate unabridged audiobooks for The Lord of the Rings.

The Bookseller reports (in news we first heard at /Film) that this September HarperCollins will release new audiobooks of Tolkien’s iconic series, all read by Andy Serkis. The series will, fittingly, come out in three parts. And include the complete versions of each books.

Fans of Middle Earth first got a taste of what they will sound like last year. In May 2020, Serkis did a marathon reading of The Hobbit to raise funds for the fight against COVID-19. His “Hobbitathon” brought in more than £300,000 in donations (over $400,000 US). That then led to him recording an official audiobook of The Hobbit for HarperCollins. Serkis will work with the same team on his new trilogy readings. 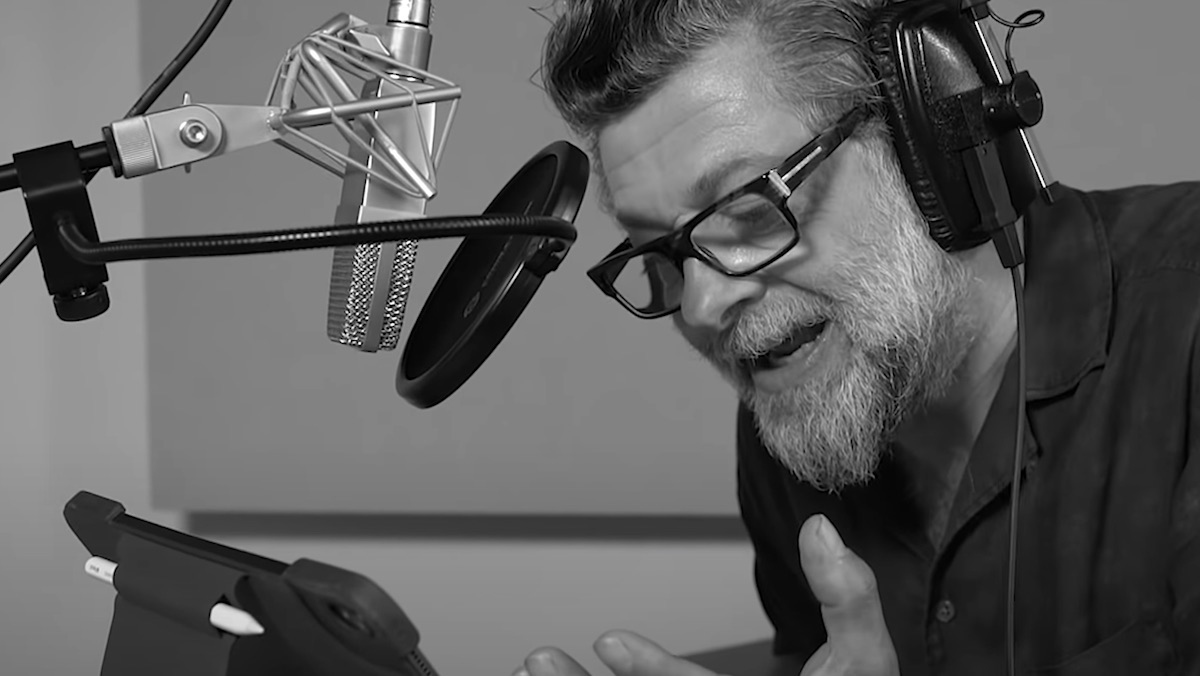 In a statement shared with The Bookseller, Serkis described why he wanted to return to Tolkien’s world.

“I would consider myself someone who likes a challenge… Walking back into Middle-earth over 20 years after my first life-changing adventure there, and experiencing it all over again (this time for many weeks alone in a sound booth) has brought in equal measures of pure joy, sheer madness, immense pleasure and a level of psychological and physical fatigue I have never quite experienced the like of before.”

A preview video provided of his reading shows why fans of the franchise will want to revisit the story again too. Andy Serkis’s normal voice is perfect for narrating an epic tale of good and evil. But getting to hear him once again bring Gollum to life is an opportunity Sauron couldn’t beat. This is one series of audiobooks that will truly be precious.