One of Amazon Prime’s more intriguing new series announced last year is Hunters, starring the legendary Al Pacino as Nazi hunter Meyer Offerman, and produced by Get Out and Us director  Jordan Peele. And now, we’ve got the very first extended TV spot for the series, which will air during the Super Bowl. You can check it out down below:

Hunters tells the story of a diverse band of Nazi hunters who are living in 1977 New York City. A generation after the defeat of Germany in World War II, The Hunters, as they’re known, have discovered that hundreds of high-ranking Nazi officials are living among us in the United States in secret and conspiring to create a Fourth Reich in America. The eclectic team of Hunters will set out on a bloody quest to bring these Nazis to justice, and bring an end to their new genocidal plans. And this group has got it all—a lock picker, a spy, a soldier, a master of disguise, and two weapons experts. 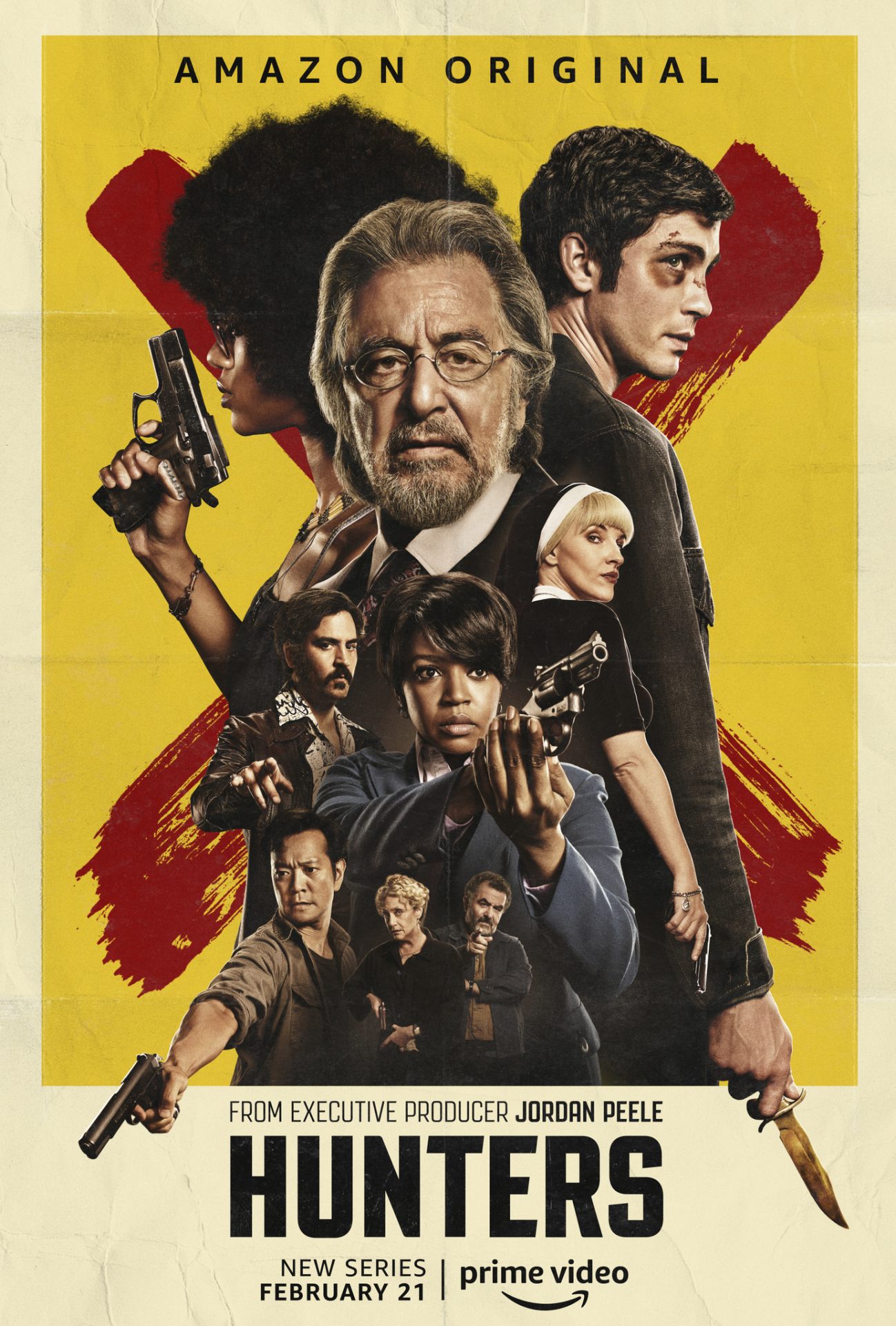 The series is said to be “based on true events,” but it will be fascinating to see what is fantasy and what is truth here. Certainly, it is well known that many former Nazis survived and fled to other countries after World War II. Most famously, Argentina. And in the immediate aftermath of the war, the United States Government gave asylum to many former Nazi scientists. This was known as Operation Paper Clip. And there were certainly Nazi hunters in real life in the decades after the war.

Bu aside from those facts, every else here seems based on urban legend. For years, conspiracy theories have run rampant that certain former Nazis took their loot from a ravaged Europe and created shell companies in the states, companies that later became huge and wormed their way into corporate America. All in order to perpetuate a Fourth Reich and a new Nazi party in the very country which defeated them. While those conspiracy theories are basically just that—wild theories—they are sure to make for a fascinating fictional narrative. With maybe a pinch of truth.

The theory of ex-Nazis escaping and secretly planning a new world order has inspired many a nerdy property this past decade. Marvel’s Captain America: The Winter Solider is all about how former Nazis living in the U.S. (remember, Hydra were Nazis) that had secretly infiltrated not only S.H.I.E.L.D., but the highest corridors of power in an effort for world domination. Even Star Wars was inspired by this theory. J.J. Abrams has said in interviews that the sequel trilogy’s evil First Order is based on the theory that Nazis fled to other parts of the world in order to rebuild, and then a generation later created a new regime based on the old one. This “what if” scenario is sure to continue to inspire storytellers for decades.